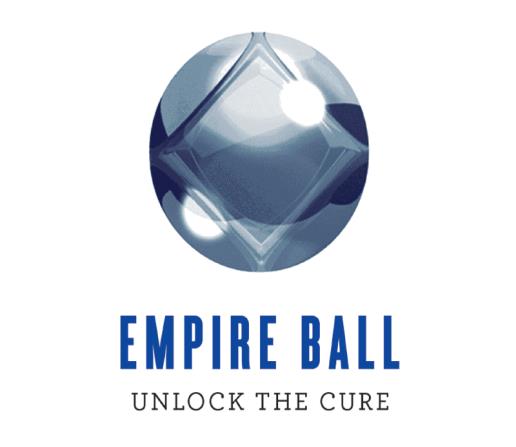 The fundraiser, supported by the New York real estate community and its affiliates, aims to raise $1.4 million in support of the Diabetes Research Institute (DRI), located at the University of Miami’s Miller School of Medicine.

Mr. Carl Kuehner will be presented with the Leadership Award for his accomplishments and contributions to the real estate and development industry.  Founded in 1982, Building and Land Technology (BLT), is a second-generation privately held real estate private equity, development and property management firm.

BLT is vertically integrated and has invested, developed, owned and managed over five million square feet of commercial space and over 10,000 residential units.  Based in Stamford, CT, BLT is one of the largest office landlords in Connecticut and its holdings include more than 100 active real estate companies, a majority interest in William Pitt Sotheby’s residential brokerage firm with 28 offices and 1,100 agents, a mortgage and insurance company, as well as numerous private equity investments in apartment communities, multi-family residences, military housing and hotels in 26 states.

“I am honored to be a part of this year’s Empire Ball and to be recognized by colleagues within my industry,” said Mr. Kuehner. “This is a personal mission for me and my family and it has been inspirational to see this group’s dedication to finding a cure for diabetes. I am positive they will have an important role in reaching that goal in the future.”

Mr. William “Bill” Sotomayor is the recipient of the Camillo Ricordi Humanitarian Honoree of this year’s Empire Ball for his accomplishments and contributions to the architecture, interior design industry and for his continued support of non for profit organizations.

Ware Malcomb was among the top 25 architectural firms in Engineering News-Record’s national ranking of the Top 500 Design Firms of 2015, while the firm’s interior design group was recognized as one the nation’s 2015 Top 100 Giants in Interior Design magazine.   Prior to joining Ware Malcomb, Mr. Sotomayor founded TSC Design, an architectural design firm with offices in New York City and New Jersey.  A graduate of the New York Institute of Technology, he is a founding member of the Knights of York, a Board Member of the National Hispanic Business Group, and a member of CoreNet and IFMA.

“I am so privileged to be given this special recognition from the Diabetes Research Institute, as I have been attending and supporting the Empire Ball for years and it amazes me at the continued accomplishment of the organization. I look forward to being a part of its continued success for years to come.”

Accepting the Distinguished Service Award, Mr. Avi Itzikowitz has been involved with the Empire Ball since 2003, as a member of the Board of Governors, Dinner Committee, and most recently, Dinner Committee Co-Chair. In addition to giving of his time to numerous philanthropic endeavors, Mr. Itzikowitz oversees the day-to-day operations and management of the ATCO Portfolio, which includes commercial, residential, industrial and retail properties in the New York Metropolitan area, as well as throughout the rest of the country. With decades of experience, hands-on personalized service, a dynamic management team, industry leadership, and community involvement, ATCO has abundant expertise with establishing a foundation for strategic partnerships.

“Every year, I am proud to come together with my peers for this annual tradition.  Now, it is even more fulfilling to be on the receiving end of such a distinguished honor. This is the organization that is coming closer every day to accomplishing its mission, and, one day soon, I look forward to being a part of the celebration when we announce a cure for this insidious disease.”

There are more than 29 million Americans living with diabetes, including as many as eight million who do not even know they have it – making the disease one of the biggest health concerns in the U.S. today. The World Health Organization estimates that there are more than 382 million people worldwide who have diabetes. The disease kills more people than AIDS and breast cancer combined, which is why the DRI is so focused on finding a cure now and why supporting an event such as the Empire Ball is more important than ever in helping raise the funds the DRI needs to succeed. 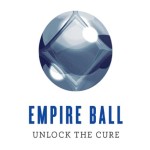 As the largest and most comprehensive research center dedicated to curing diabetes, the DRI is aggressively working to develop a biological cure by restoring natural insulin production and normalizing blood sugar levels without imposing other risks. Researchers have already shown that diabetes can be reversed through islet transplantation, with some study patients living without the need for insulin injections for more than a decade. The Institute is now building upon these promising outcomes with the development of the new DRI BioHub, a bioengineered “mini organ” that mimics the native pancreas and contains thousands of insulin-producing cells that sense blood sugar levels and produce the precise amount of insulin needed in real time.  Over the last year, the DRI received FDA approval to proceed with pilot clinical trials that will test a new possible transplant site in the body for a DRI BioHub. Many scientists around the world believe the BioHub could be the answer to unlocking the cure for diabetes.

Charles Rizzo, Principal of The Rizzo Group, Vice Chair of the Empire Ball and member of its Board of Directors, initiated the event in 1983 with his close friend Peter L. DiCapua, Chairman of the DRI Real Estate Division and former COO of New York City’s ATCO and 10 other members. Since then, the New York real estate community and its affiliates have raised more than $35 million for diabetes research. For 15 years, the annual fundraiser was called the Pyramid Ball. In 1998, the event was renamed the Empire Ball and began supporting the DRI.

Tickets to the event are now available for purchase. The black-tie affair will begin at 6:30 p.m. at the Grand Hyatt (109 East 42nd Street at Lexington Avenue) in New York City with a cocktail reception, followed by dinner and dancing. For more information on tickets, advertising opportunities and other ways to support DRI, please visit: www.diabetesresearch.org/Empire-Ball-2015