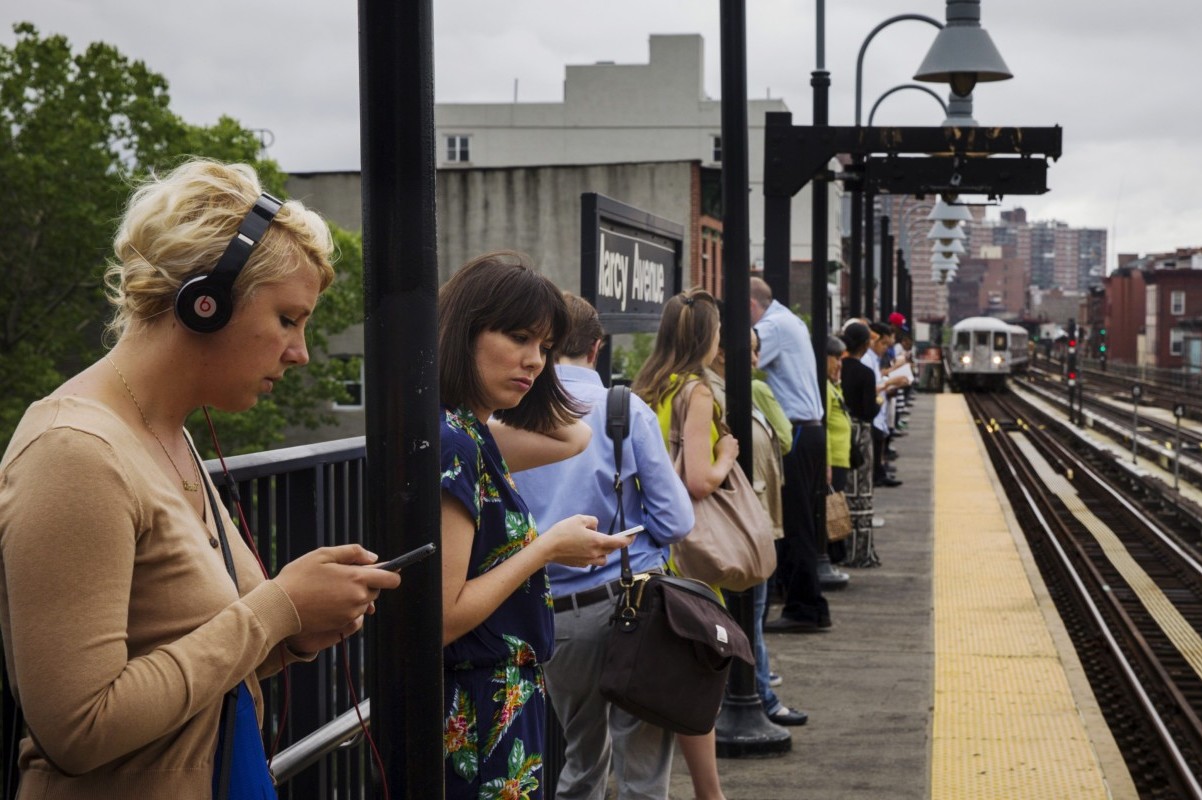 How far should you live from work?

By the time Rick Matthews gets to work in the morning, he’s already covered the 60 miles of distance between Vernon, New Jersey and his office desk in Hell’s Kitchen. For comparison, that’s like taking a round-trip journey on the longest New York City subway line (the A train from 207th Street in Inwood to Far Rockaway, Queens).

Mathews, a managing director at public relations firm Rubenstein, describes his daily journey to the city as a “three-stage commute.” The first phase is a 20-to-25 minute long drive to the bus station in Newfoundland, New Jersey. From there he takes an hour-long bus ride to Port Authority. The final stage of his trek is a 15 minute walk to his office at Worldwide Plaza in the West Side of Manhattan.

Long commutes have been a static component of Matthews’ life. When he first moved to Vernon, he was working in Newark, New Jersey. While that commute is somewhat shorter at around 50 miles, he said it was more difficult because of the lack of transportation options. However, that isn’t the apex of his career as a long-haul commuter. From 2001 to 2005, he worked as the head of communications for a real estate firm in Chicago. This required catching the first flight out of Newark on Monday morning and then flying back on either Thursday or Friday night.

Matthews, who first moved to Vernon in 1981, challenges the notion that a shorter commute can make his life happier. “I don’t know that that’s necessarily the case,” he said, adding that he values the extra sleep that he gets on the bus ride in and the opportunity to relax on the way home.

Long commutes have benefits other than time for reflection in a bus that is crossing state lines. “We were able to buy our first house out there because of the affordability factor. We ended up later building a house that we still live in that is on the edge of a wildlife refuge,” he said.

According to the US Census Bureau, Matthews’ daily trek to the city is a “long commute.” Long commutes are defined as one-way trips to work that take 60 minutes or longer. In 2011, New York had the highest rate of workers with long commutes at 16.2 percent. The figure is double the 8.1 percent for all American workers who did not work at home.

While there are many reports on the effects of commuting on health and emotional well-being, there’s a dearth of data on how many people are opting for extreme commuting conditions. However, a report from the Brookings Institution suggests that the ranks of long-haul commuters are likely to grow.

Between 2000 and 2012, the number of jobs within the typical commute distance for residents in a major metropolitan area dropped by seven percent. This means that as employers move to the suburbs, their employees have to travel longer for employment. In spite of the expanding distance between work and home, many employees are likely to continue living in New York City. According to Welltower’s 2017 Aging in Cities survey, 60 percent of New York residents said that they prefer to stay in the city until they get to the age of 80 or over.

In New York, the typical commute is 7.7 miles, a distance that Matthews would likely call a cakewalk. Proximity to work is not just a matter of luxury. It provides advantages above getting an extra 15 minutes of sleep or having time to grab coffee before heading to work. According to the Brookings report, it can spell the difference between having a roof over your head and sleeping on a sidewalk.

“Proximity to jobs can affect the employment outcomes of residents. People who live closer to jobs are more likely to work. They also face shorter job searches and spells of joblessness,” the report read.

The migration of employers to the suburbs has disproportionately affected poor people and immigrants.  The Brookings report found that 61 percent of areas with poverty rates over 20 percent saw jobs move farther away. For immigrant neighborhoods, the figure was at 55 percent.

While many long-haul commuters are displaced, some made a conscious choice. Chris Polito, a real estate banker who lives in East Patchogue in Long Island, typically leaves home at around 5:30am. He drives eight miles to catch the 6:08am train at the Long Island Rail Road station in Ronkonkoma. Once on board, he catches up on sleep until the train gets to Penn Station at around 7:28am. From there, he walks for around 20 minutes to his office at 42nd Street and Fifth Avenue.

“Would I like to be close to the city? Yes. Would we move at this point? Not really. At this point in the game, it won’t happen,” Polito said.

He said that moving to the city would complicate his life. He has an eleven-year who studies in the East Patchogue school district. His wife, meanwhile, is an employee of the school that his son attends.

“That’s something I say everyday,” he said when asked whether he wavers on living far from the city.

“But financial factors come to play. I have to sell my house. Buy a new house. Then my kid would have to start in a new school.”

Polito, who grew up in Long Island, is resolute about staying in the area. However, he recognizes the bad effects that his long commute has on him. “I’m 44 years old. I’m not 20 anymore. It truly wears on you, especially with the stress of the job and the stress of home,” he said.

Matthews and Polito have similar opinions when it comes to the optimal distance between work and home. Nothing over an hour, they said.

“A shorter commute would definitely affect you in a positive way,” Polito said.