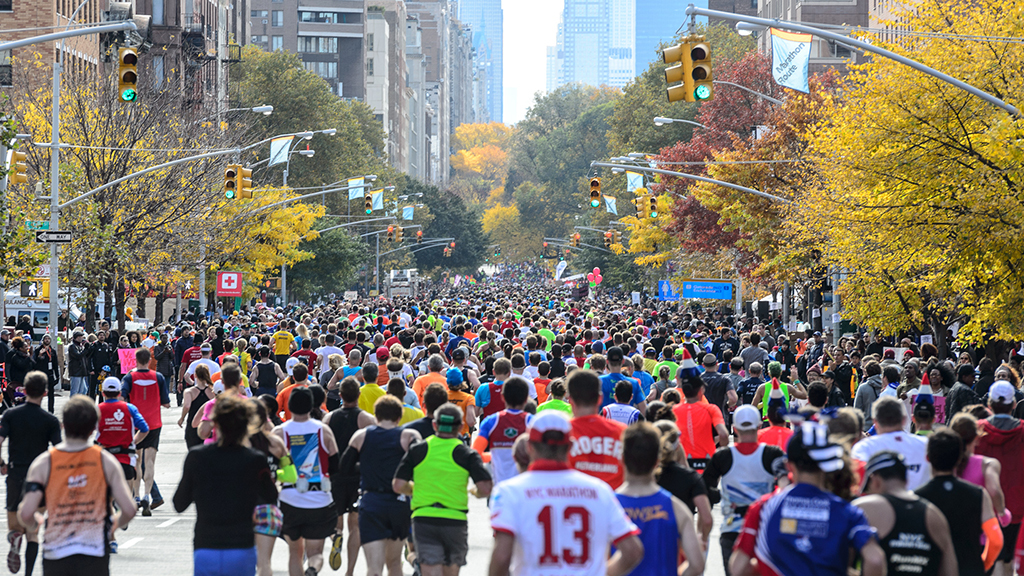 Bestselling Japanese author Haruki Murakami wrote about how the disciplines of long-distance running and writing intersect in his 2008 book “What I Talk About When I Talk About Running.” The New York Times, The Atlantic, and The Washington Post have penned articles extolling the benefits of writers running, and vice versa.

But what about running and real estate?

After winning REBNY’s “Most Significant Retail Deal of the Year” award for Foot Locker’s flagship lease at 8 Times Square last year, Himmel + Meringoff Properties’ Jason Vacker — who won the award along with CBRE’s Eric Gelber — credited running for getting the deal to the finish line.

“Eric and I often joked, as marathon runners, that this deal took a similar level of intensity and perseverance,” said Vacker last June.

Gelber, a 25-year real estate veteran who is an executive vice president in the retail division at CBRE, said he didn’t get serious about running until 2006. It was after a friend was diagnosed with a multiple myeloma, a rare blood cancer. He began training for the 2007 New York City marathon to raise money in support of his friend.

He ran again the next year, and then he found out about ultra marathons. The races aren’t for the weary. Ultra marathons cover 50 and 100 miles, often in punishing weather and terrain. Gelber has done over 100 of them.

“I say this all the time, running to the extreme changed my life,” said Gelber. “In really all aspects of it. The things it takes to run these distances — discipline, not giving up, overcoming mental and physical obstacles — it takes a lot to get from one point to the next.”

A few years ago, Gelber and his wife came up with the idea to run 200 miles in Central Park in one weekend, a feat that would require 33 full loops around the Park. Though he wasn’t able to complete the distance in 2013 and 2014, they successfully raised money for charity through the run.

Then, last year, on his third attempt, he finally completed the distance, in just under 60 hours. The run was chronicled by a filmmaker who went on to show the documentary at the Tribeca Film Festival. “Everyday life, whether it’s in relationships or business, things don’t always go the way you planned and you have to figure out ways to get through those challenges,” said Gelber. “I’ve learned to take those aspects from my running life and translate those into a positive impact on the rest of my life.”

“Everyday life, whether it’s in relationships or business, things don’t always go the way you planned and you have to figure out ways to get through those challenges,” said Gelber. “I’ve learned to take those aspects from my running life and translate those into a positive impact on the rest of my life.”

The Alliance for Downtown New York president and former City Council member Jessica Lappin ran her first race, a 5K on Roosevelt Island, in 2012 for charity, after her husband encouraged her to give it a try.

“It was clear by the time I crossed the finish line that it was the first of many,” said Lappin in an e-mail to Real Estate Weekly.

Two years later, Lappin ran four half marathons in the same year in preparation for the 2014 New York City marathon. That year’s marathon ended up on a cold day, with runners battling 20 mph wind gusts, but she finished and was proud of her time.

For Lappin, distance running means taking time for herself and taking a pause from the chaos of city life. “I love how the training process forces me to carve out personal time each morning and it gives me a way to explore new routes and reconnect with nature,” she said.

“I love how the training process forces me to carve out personal time each morning and it gives me a way to explore new routes and reconnect with nature,” she said.

After breaking her ankle in three places while playing soccer with her family sidelined her for awhile, Lappin underwent physical therapy and “strategic” weight training, and is now back out on 10-mile races and half-marathons.

Her advice for new runners? Don’t go out too fast, and don’t underestimate the importance of weight training.

For veteran runners like Andy Udis, who has been a runner for more than 40 years, the health benefits and discipline of running are part of what keeps him pounding out long distances.

Udis, a partner at ABS Partners, was inspired to start running by his father, also a runner. He ran his first NYC marathon in 1979 and is now training for his 25th in November. He has “stopped counting” how many races all together he has done.

In addition to the NYC marathons, he’s run 26.2 miles in Los Angeles, San Francisco, San Diego, and Colorado. He’s also raced in ultra-marathons around the country, including the 100-mile Umsted Ultra in North Carolina, and some in California.

Udis appreciates how training for races gives him time to prepare for the day every morning.

“The morning runs give me time to think about the day I’m about to confront,” he said. “I think through things that need to be worked on, or issues that have to be dealt with, it helps give me clarity. I can set my mental agenda in the morning.”

Primarily a leasing broker on the landlord side, Udis is frequently running around town showing different spaces, zipping from one building to another, and it helps to be in good physical condition and have endurance.

He’s made running buddies over the years from firms like Cushman & Wakefield and Newmark Knight Frank.

“Runners always have a lot to talk about, whether it’s shoes, watches, or the weather,” said Udis.

While Gelber started out running to support his friend and raise money for charity, it became something even bigger, as running and supporting the foundation he supports, Multiple Myeloma Research Foundation (MMRF) brought him into a community.

“We’ve now met so many people in the community and have so many friends that have the disease, or friends of family of someone who has the disease, so we want to support them,” said Gelber. The friend whose diagnosis more than a decade ago inspired his running, went on to live for nine years after first being diagnosed.

Though there is no cure, the foundation has raised hundreds of millions of dollars since it was founded in the 90’s, helping fund the development of new drugs that have extended the lives of many Myeloma victims by 20 years or more. 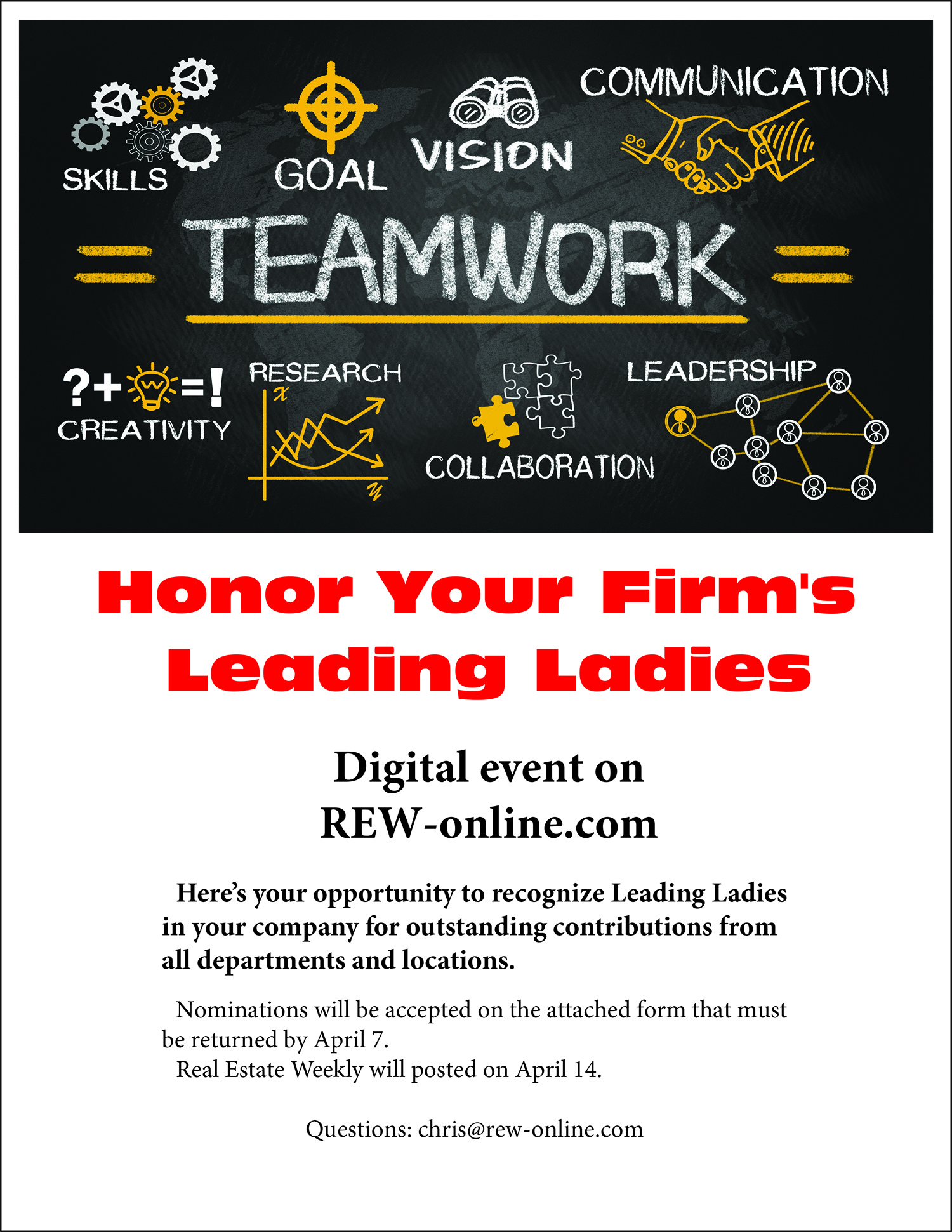 IN PICTURES: BakerHostetler Rocks the House