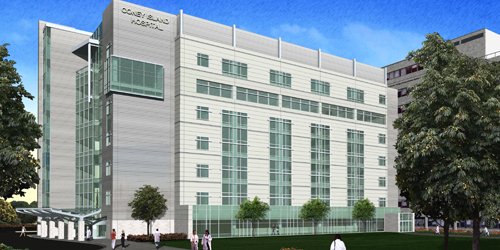 The enhancements will help protect critical equipment from extreme flooding like what the health-care facility experienced during Superstorm Sandy in 2012.

In addition to fortifying the equipment, the improvements will save the healthcare facility, located in Southern Brooklyn, $1.5 million in annual energy costs and reduce harmful greenhouse gas emissions by more than 7,000 tons a year.

“Superstorm Sandy showed us the importance of proactively strengthening our infrastructure – especially our healthcare facilities – so it is more resilient to extreme weather,” said Governor Cuomo.

“These upgrades to Coney Island Hospital will enable the facility to better serve its community regardless of what Mother Nature throws at them. I am proud of the State and City’s ongoing work to build back better.”

The newly completed project is the result of a partnership between the New York Power Authority, the New York City Health and Hospitals Corporation and National Grid, which provided more than $300,000 in funding.

The project’s completion comes amidst other major resiliency upgrades to Coney Island Hospital, for which the Federal Emergency Management Agency is providing more than $900 million in financial support.

The New York Power Authority began energy efficiency improvements at the hospital, including installing a new boiler plant and replacing windows and window air-conditioning units in early 2012. When Superstorm Sandy hit that fall, however, the hospital was severely damaged and the project was delayed.

Once work resumed, NYPA, in addition to making the energy efficiency upgrades, repaired and fortified the location of the boiler plant to help prevent future flooding.

The Coney Island Hospital project is part on an effort made by New York State and New York City to build new and renovate existing facilities so they are more resilient and better prepared for future emergencies while making them more cost efficient to reduce operating expenses.

“Superstorm Sandy, while devastating, provided us with an opportunity to not just rebuild what was lost, but to fortify locations for preventing storm damage in the future,” said Gil C. Quiniones, CEO of the Power Authority.