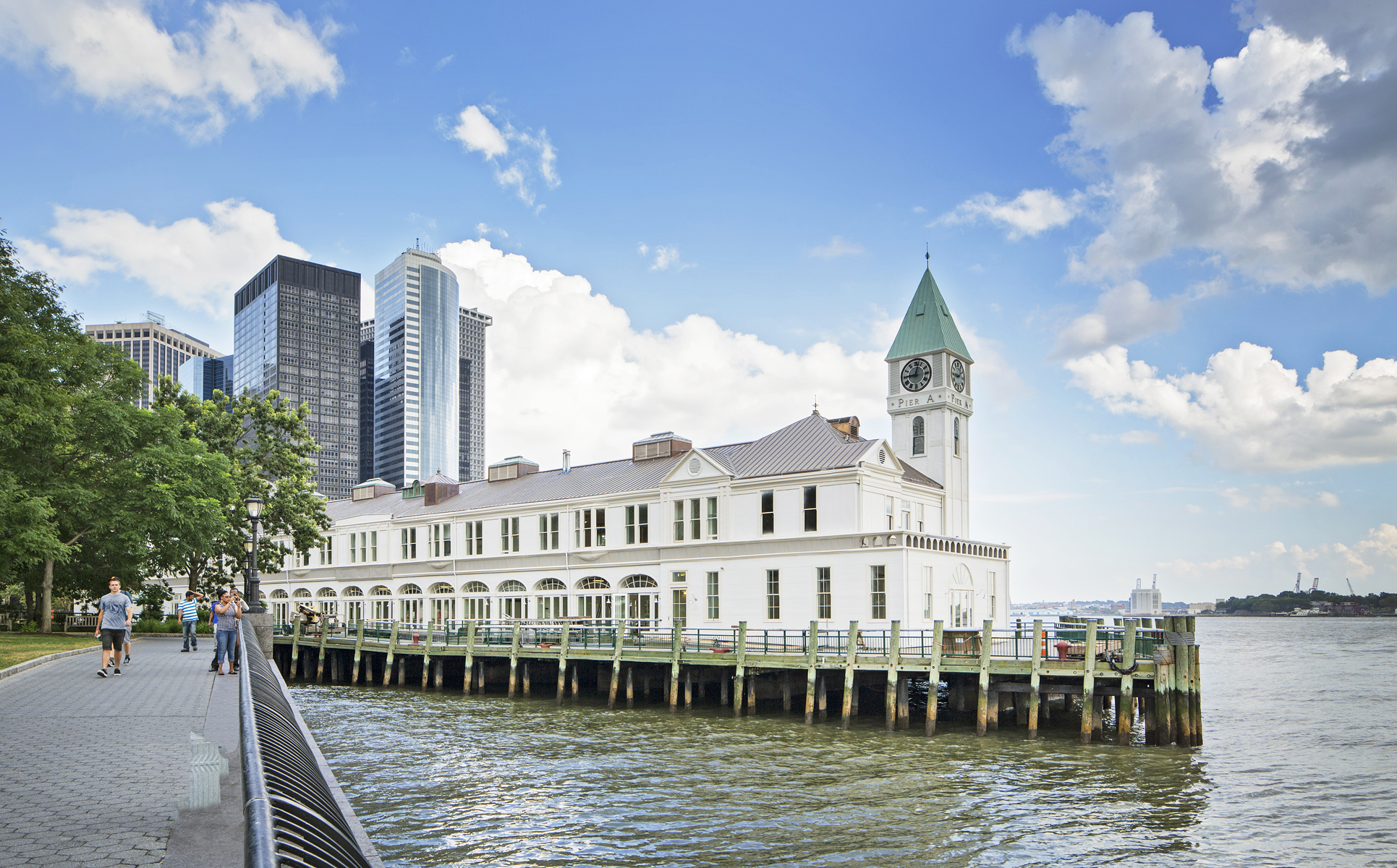 Shari C. Hyman, president & COO of the Battery Park City Authority, said, “The restoration of Pier A stands as a testament to the collaboration between BPCA’s remarkable staff working with an outstanding group of professionals from H3 Hardy Collaboration, Stalco Construction, and The LiRo Group.

“Our collective commitment to the history and architecture of this landmarked building, while bringing it up to modern standards for reuse, are apparent from the moment you see the building.

The three-story historic Victorian building in Battery Park City, is well on its way to becoming a destination once again.
In its heyday, the 36,000 s/f Pier A welcomed celebrities and heads of state until it fell into disrepair, even being marked for demolition during the construction of Battery Park City.

Instead, this structure — begun in 1886 and finished off with the nation’s first World War I memorial in 1919 – was designated a historic landmark in 1975.

As general contractor, Stalco completely renovated the interior, restored the exterior and roof, performed extensive structural repairs, and installed new concrete slabs and access ramps on the pier’s promenade, in anticipation of Pier A being turned over to the Poulakakos family, who will in turn build out restaurants, a catering hall, and a tourist information center.

The Hugh L. Carey Battery Park City Authority is developing the project according to the organization’s guidelines for environmentally responsible development. The City of New York Economic Development Corporation provided the funding. The project is on track to receive a Silver LEED certification.

In 2008, H3 Hardy Collaboration Architecture performed a reuse study that looked at various tenants including the Staten Island Ferry and the National Park Service. It subsequently developed a phasing plan for renovation and reuse that was implemented by Stalco. For the first time in history, the building will be used by the general public.

Stalco and LiRo renovated the core and shell, renovated and reinforced the supporting pier, and restored and renovated the historic interior, then passed it along to the restaurant fit-out team. H3 were the architects of the project and historic renovation plan.