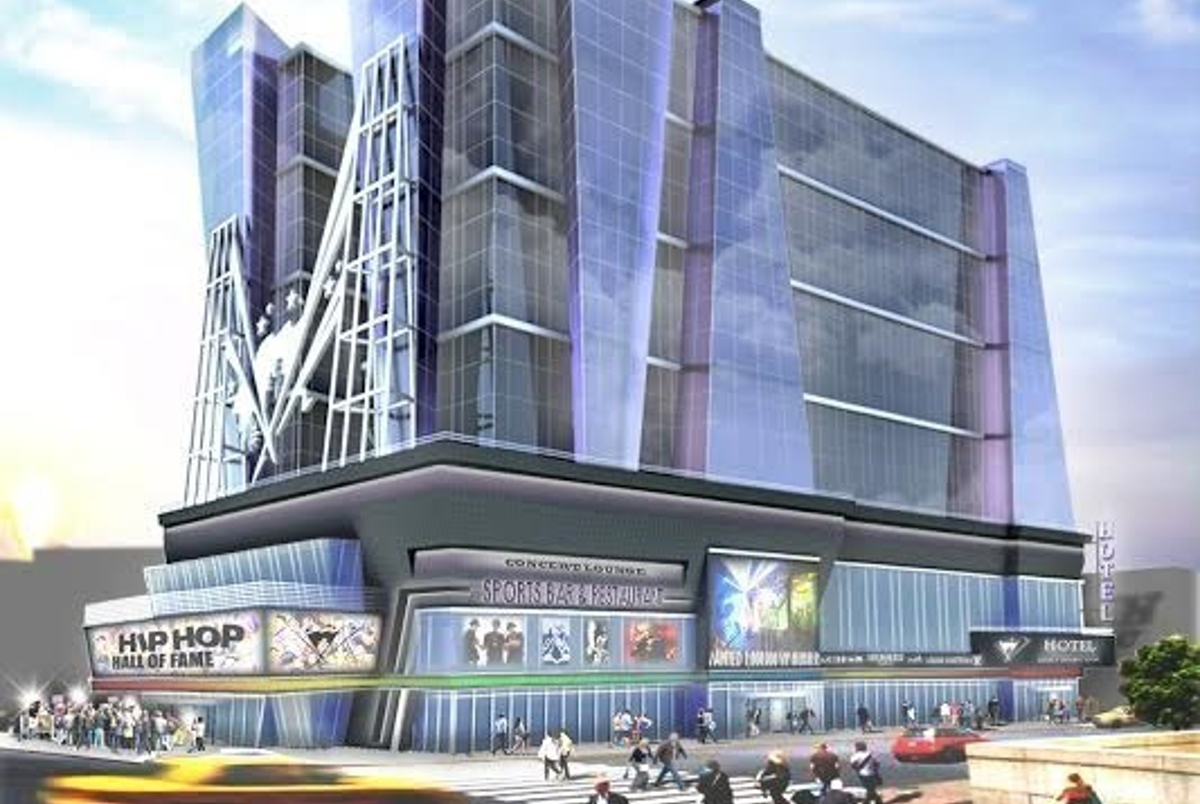 The Hip Hop Hall of Fame (HHHOF) has unveiled plans for Manhattan that would include a museum, entertainment complex, five-star hotel, and retail that could serve over a million visitors a year.

As part of its Hip Hop History Month celebrations, the organization announced that it has narrowed its site selection to two possible locations.

While it declined to identify the spots, HHHOF said both are in areas with major transportation hubs where more than 20 million tourists and commuters pass by and travel annually.

Now, the Hall of Fame is looking for development and investment partners to bring the project to fruition.

“We are pleased that the Hip Hop Hall of Fame Museum & Hotel Building project is moving forward and that it will have a major socio-economic impact on tourism, culture, education, live events, film & television production and broadcasting, and job creation in New York City,” said J.T. Thompson, founder of the HHHOF.

Thompson created and produced the first HHHOF awards ceremony and concert on the BET television network in the 1990s. The HHHOF will be modeled after the Rock n Roll Hall of Fame Museum in Cleveland, Ohio, which followed a similar timeline, producing 20 years of awards shows before opening its museum.

The facility will be a non-profit Culture Museum and Educational Institution that will exhibit documentation of hip-hop’s development and its impact on social trends, and enshrine hip-hop pioneers and legends in wax and through displays.

The organization aims to broaden exposure, access, and education to the arts by educating visitors on “the true elements” of Hip Hop culture.

The HHHOF hopes to open the facility in 2019 and said it has begun discussions with major hotel chains to partner on the project.

IN PICTURES: Cocktail hour at 50 West