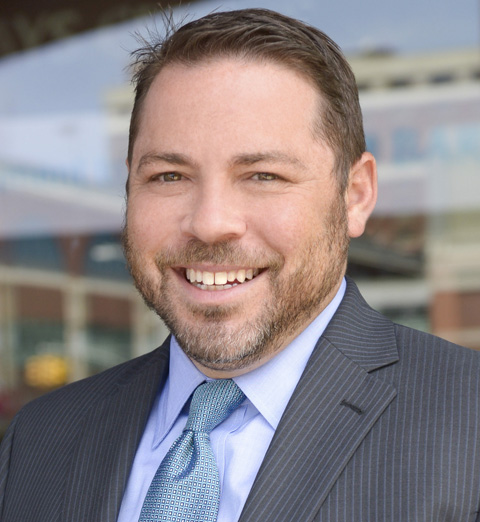 TerraCRG partner and senior vice president Adam Hess is cornering the market in Park Slope — and he’s just getting started.

“I looked at my team and thought, we’re really on to something here,” he said. “To be able to take a neighborhood like Park Slope that has such a high-profile and such competition and have that high of a market share, we were really, really proud of that.”

Hess, who was born upstate in Rochester but raised in Hollywood, Florida, has been in the commercial real estate business for nearly a decade after a brief career in law.

He returned to his hometown of Rochester to attend college at the University of Rochester, where he studied psychology. Following graduation, he went straight into law school at Benjamin N. Cardozo School of Law in Manhattan.

“I practiced law for five years,” said Hess. “I liked it, but I didn’t love it, it wasn’t my passion in life. There are a lot of lawyers in my family, but I decided I wanted to do something real estate related.”

Hess had dabbled in real estate transactional work while working as an attorney, but he was interested in going into the industry full-force as a broker.

“My father-in-law was in real estate in California and he said, ‘you know what, you’d be really good in real estate, you’re a natural salesperson, you should go into brokerage,’” he said.
After doing some research into the industry, a college friend who had become a successful developer connected him with Massey Knakal, where he ultimately started his career in 2005 as a director of sales.

At Massey Knakal, he quickly began finding success for the firm in his designated territory of Sunset Park in Brooklyn.

In his time there, he became well-versed in the Brooklyn market and was responsible for the marketing and sale of more than 100 properties with an aggregate consideration of nearly $300 million.

In 2011, Hess moved to Brooklyn-focused firm TerraCRG, where he has been ever since.

“I just felt like the TerraCRG platform and system was the best in the industry,” said Hess of his decision to switch firms. “Ofer Cohen and I had worked together at Massey Knakal, and then when the recession came in 2008, there weren’t a lot of deals happening, and even when deals weren’t happening elsewhere, TerraCRG was doing a lot of business. Their platform and sort of focus on the client really benefitted whether it was an up market or down market and that was something I really wanted to be a part of.”

Currently, Hess is focused primarily on Park Slope, where he and his team handle some of the bigger multi-family properties.

“Our average deal size since 2012 has been about $4 million,” he said. “We like that, that’s our sweet spot. We’re focusing on handling assets and working on some deals that are more going into the $20 million and up range.

One of his proudest transactions was a two-property sale he worked on right near the Barclays Center in Downtown Brooklyn last year.

Hess successfully negotiated with two different sellers with properties across the street from one another to sell to the same buyer. The buildings were 76-82 St. Marks Avenue and 267 Flatbush Avenue.

“Both are amazing landmark generational properties that anyone would want,” said Hess. “They’re institutional grade assets. It wasn’t easy, but we got both sellers on the same page, and negotiated both at the same time so both deals tracked together.”
The properties ended up selling for $15 million and $6.2 million.

“At the end of the day, both sellers were really happy, the buyers loved the assets and is doing well with them,” said Hess. “To me, it was one of these deals that was a perfect melding of everything you want to do.”

The TerraCRG broker just announced he is marketing a collection of Park Slope properties individually that put together, total $26.9 million in asking price. Those properties are 219 13th Street, 240 Prospect Park West, and 693 Sixth Avenue.

“I’m focusing on growing my team and working on $20 million deals and up,” he said. “We have a team of people to handle the $2 million and lower deals, so that there’s more of a spread in the size of deals that we’re working on with the team.”

He added that he’s working on growing his team and adding more people so he can focus on the double-digit and up properties.

Some of Hess’s favorite deals to work on are mixed-use properties.

“Properties that have prime retail components with apartments above, I like both challenges of negotiation and projecting how the retail will play out. And really any deal that’s complicated, I feel most excited when I’m challenged by something,” he said.

“So deals that have complicated aspects about them, I like rolling up my sleeves and digging in and finding solutions.”
When he’s not busy making deals, Hess spends time with his wife and three young children.

“I moved to Park Slope in 2007 from Manhattan and I don’t see myself moving,” he said. “I’d buy a vacation home before leaving Brooklyn. It’s the place to be.”