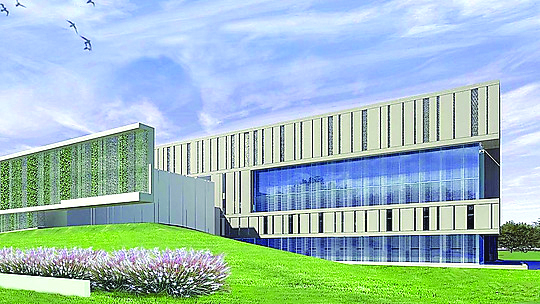 Westchester County continues to see revitalization through the adaptive reuse of aging office buildings into healthcare clinics, labs and research centers, offsetting what has been a lackluster, but slightly improved office leasing market, according to new research from Colliers International.

Even with office rents essentially flat, the office market did see positive absorption for the first time in a year, and while current job growth is not strong enough to ignite a full office market rebound, the outlook for leasing velocity is cautiously positive.

After four consecutive quarters of negative absorption, Westchester County delivered 204,506 s/f of leasing in the third quarter, with four of the five submarkets showing positive activity.

Northern Westchester was the strongest submarket, with an 8.9 percent availability rate, above the 10.7 percent both in the second quarter and a year ago.

However, Westchester’s overall availability rate was still 18.4 percent, down from 18.9 percent in the second quarter but up from 17.7 percent a year ago.

Overall, Westchester County asking rents were $26.12 psf at the end of the third quarter, up marginally from $25.99 psf in the second quarter and $25.35 psf a year ago.

Meanwhile, corporate office tenants are shopping themselves to large office portfolio owners, moving within corporate parks or to smaller spaces within their own buildings.

Biopharm consulting group Quintiles, Inc. renewed their 18,620 s/f lease at 8 Skyline Drive in Hawthorne’s Mid-Westchester Executive Park. Mariner Investments renewed and downsized to 16,296 s/f at 500 Mamaroneck Avenue, in Harrison, while their space was being shown as available.

Larger deals include Prestige Brands and Progressive Casualty Insurance, which both renewed and expanded this quarter, renewing a total of 60,516 s/f and taking a combined 16,602 s/f of new space off the West I-287 and Southern submarkets, respectively.

And while the conversion of outdated office stock to various healthcare uses did not have a statistically significant impact on fundamentals in the third quarter, this long-term trend continues to reshape the overall Westchester business sector.

Most recently, Arizona-based REIT Healthcare Trust of America Inc. purchased five buildings comprising the Westchester Medical Campus on 220-244 Westchester Avenue for $89 million, gaining 188,500 s/f on 14 acres with pre-approval for an additional 71,700-sf building to be constructed on the site.

It joins Memorial Sloan Kettering in what Healthcare Trust has called a “high-traffic regional medical corridor.”

Further, Westchester space availabilities are tight, with no new office construction and the continuing adaptive reuse of buildings, such as Memorial Sloan Kettering’s $128.8 million conversion of 500 Westchester Avenue, in West Harrison, to a cancer center facility for outpatient treatment, opening this quarter in the former Verizon research building.

Eastview Holdings L.L.C. is requesting a zoning change for the Landmark at Eastview, a 100 acre parcel in Greenburgh to be developed in two phases. This project would bring a 110-room hotel, bank, retail stores, and a four-story, 128,000-sf medical research and development office linking it through the town of Mount Pleasant into the biotech office campus that houses Regeneron Pharmaceuticals Inc.

Montefiore is looking into affiliating with White Plains Hospital while North Shore-LIJ Health System, which recently partnered with the Cleveland Clinic, is looking to align with Northern Westchester Hospital and Phelps Memorial Hospital.

“There is real strength in the local Westchester economy, fueled in particular by the healthcare sector, but also with improved activity in energy, high tech, and education,” said Al Gutierrez, executive managing director at Colliers International. “The overall job growth is positive for the County, and there has been increased leasing velocity in the office market. But competition from Fairfield County and New Jersey and densification by occupiers are keeping office activity in check.”