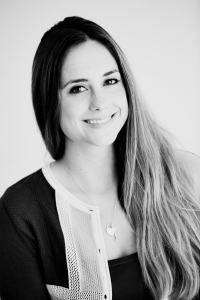 HAVE YOU HEARD: Star broker Serhant has a new side-kick

REALITY television Realtor Ryan Serhant has a new side-kick and $15 million worth of new exclusives.
Longtime assistant Olivia Robertson is climbing out from behind her desk to become a full time agent, working with Serhant on his deals.
Robertson started out as an intern for the celebrity broker straight out of Hamilton College, where he also went to school.
She got her agents license in 2013 and began working her own deals as part of the Serhant Team.
The two now share several listings and have just begun marketing three luxury penthouses at 27th West 19th Street, 100 United Nations Plaza and 22 Renwick.

Westchester agent Seth Keslow was a guest on the HGTV show House Hunter Renovation last weekend.
And agent with Platinum Drive Realty, Keslow was filmed working to find the perfect fixer-upper for Alan and Jen in a quiet town away from the hustle of their Battery Park City apartment.
Born and raised in Scarsdale, the agent is well-known for his indepth knowlege of Westchester.
He was the star of his own private viewing party at the Platinum Drive Realty offices over the weekend.

AGENTS from TOWN Residential got the chance to congratulate actor Neil Patrick Harris on his upcoming Oscar gig.
The popular star was at the Hudson Union Society for a salon-style conversation with Joe Pascal, president of Hudson Union.
Harris shared stories about his famed career and excerpts from his new book, Neil Patrick Harris: Choose Your Own Autobiography.”
TOWN Residential is a partner of the Hudson Union Society and, following the event, CEO and co-chairman Andrew Heiberger and president of sales Wendy Maitland joined Harris backstage for continued conversation.
Tony Award winning Harris is currently appearing in the number one box office hit Gone Girl.

CORCORAN’S Tim and Jon Davis made an appearance on Bravo’s Million Dollar Listing Los Angeles last week.
When star Josh Flagg was looking for a Hamptons vacation spot for his friend Gino, the local experts were the first brokers he called.
Filmed earlier in the summer, Flagg was hard-pressed to find any houses that were still available.
“In this business, it’s all about who you know,ˮ he later blogged. “Luckily, I have a great relationship with two of the best brokers out in the Hamptons. They were kind enough to take Gino and I out to see some gorgeous homes. Gino is lucky to have found what he did. Thanks to Tim and Jon Davis for helping this Beverly Hills broker out.ˮ