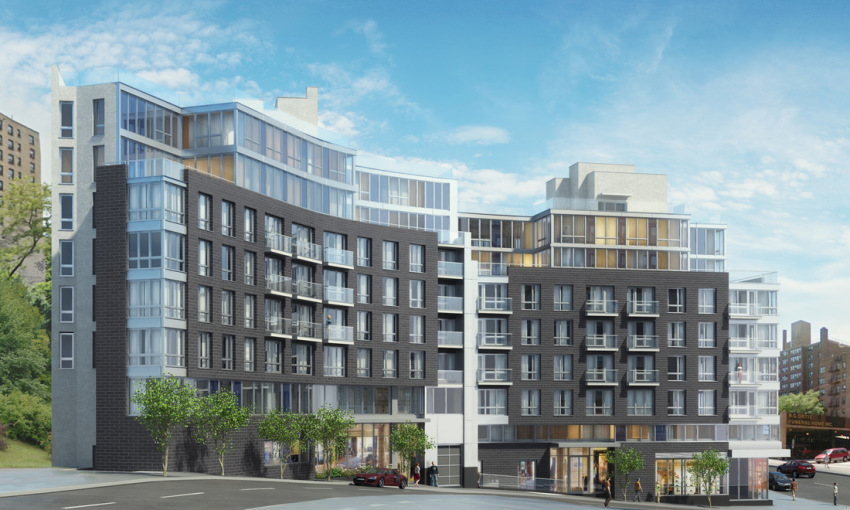 Madison Realty Capital (MRC) announced the closing of a $52.5 million construction loan, collateralized by a mixed-use development site at 4452 Broadway in Washington Heights.

The sponsor, HAP Investments, acquired the land parcel in 2013 and plans to build a seven-story, 134,475 s/f mixed-use project with both residential and commercial uses on the site.

The financing MRC is providing will refinance the existing debt and cover construction and all associated costs.

The property is currently improved with a vacant, single-story building as well as a parking lot. HAP has received approval to raze the existing building and begin construction on this new development, which will include 129 new apartment units and 11,000 s/f of retail space.

The project is being built under the new Affordable New York program and will include a mix of 70 percent market rate and 30 percent area median income (AMI) units.

“Investment interest in Washington Heights is on the rise due to its strong fundamentals as well as a recent rezoning of its neighboring area which is increasing the overall density of the region,” said Josh Zegen, Co-Founder and Managing Principal of MRC.

“We designed a tailored lending package for the borrower and our customary traits of speed, flexibility, and certainty of execution were once again on display with this transaction. With the project approvals and construction plans already in place, we’re confident that this high-profile project will be a success and MRC is pleased to once again support this developer’s financing needs.”

The property site consists of two adjacent lots totaling 24,280 s/f with 75 feet of frontage on Broadway and 303 ft. on Fairview Avenue.

When the project is completed, the residential lobby will be located along Fairview Avenue and contain four elevator banks, two for residential use, one for dedicated garage use and one for service operations.

Amenities for the project include a fitness center, bicycle storage room, and laundry room on the first floor, a home office room and recreation room on the second floor, and two landscaped terraces on the seventh floor.

Heitman on lookout for standout investments with latest $1.1 billion fund