ON THE SCENE: Under $10M sales include… 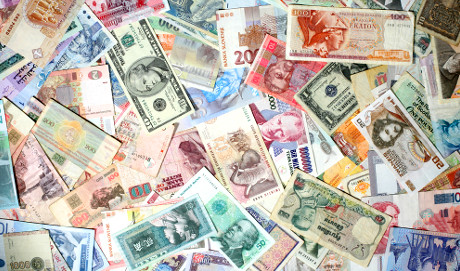 Greystone, a private real estate lending, investment and advisory company, announced its EB-5 practice has received Regional Center approval for the Northeastern United States from the U. S. Citizenship and Immigration Services.

The designation, granted under the Immigration Investor Program, expands Greystone’s presence to 15 states along the Eastern seaboard of the US.

The move comes amidst ongoing uncertainty about the controversial program that trades Green Cards for investment in job-creating American business ventures.

Immigration reform has become a flash-point within the new Trump Administration, which has already moved to clamp down on visa issuance. Lawmakers have intorduced legislation to reform the H-1B visa program for specialized foreign workers and, last week, two US senators introduced legislation to end EB-5 completely.

The Department of Homeland Security has also moved to increase the EB-5 minimum investment in high unemployment or rural areas to $1.35 million before its scheduled renewal on April 28.

However, despite the uncertainty, Allison Berman, head of Greystone’s EB-5 group, said the company is experiencing “incredible demandˮ for this type of financing from developers nationwide.

“With construction financing increasingly difficult to secure, EB-5 serves as a critical vehicle to help fill the financing gap and enable a project to get off the ground, while helping to create jobs within the United States,ˮ said Berman.

“With Greystone’s respected reputation as a full-service institutional real estate lender, investor and advisory company, foreign investors can feel secure in their investment choice and in the knowledge that they are creating jobs and contributing to the completion of a beautiful, operational piece of property that will come to completion and make an impact on local economies for decades.”

According to analysts, the EB-5 program has brought nearly $17 billion in direct foreign investment into the U.S. economy since it was launched in 2008 to help stimulate the economy. 10,000 EB-5 visas are awarded each year, with more than 85 percent going to Chinese investors in 2014, according to a study by Savills Studley.

To support the growing and active foreign investor outreach of Greystone’s EB-5 lending efforts, Greystone also has expanded its presence in China to include offices in Shanghai, Shenzhen, and soon, Beijing.

Greystone said it is currently sourcing $62 million in EB-5 capital, and has an additional $195 million in EB-5 financing in its pipeline across key cities including New York City, Los Angeles and Seattle.

Greystone’s EB-5 project at 158 East 126th Street in Harlem, NYC is a 233-unit “80/20” mixed-income multifamily building being developed by an affiliate of Blumenfeld Development Group, Ltd.

The new construction rental property is the first HFA bond-financed multifamily project with senior financing provided by a national insurance company, which was arranged by The Greystone Bassuk Group. Greystone EB-5 is currently raising $25 million in EB-5 mezzanine financing to replace a portion of the initial project equity.  Upon completion, the property will help address the dire need for affordable housing in the greater New York City area.