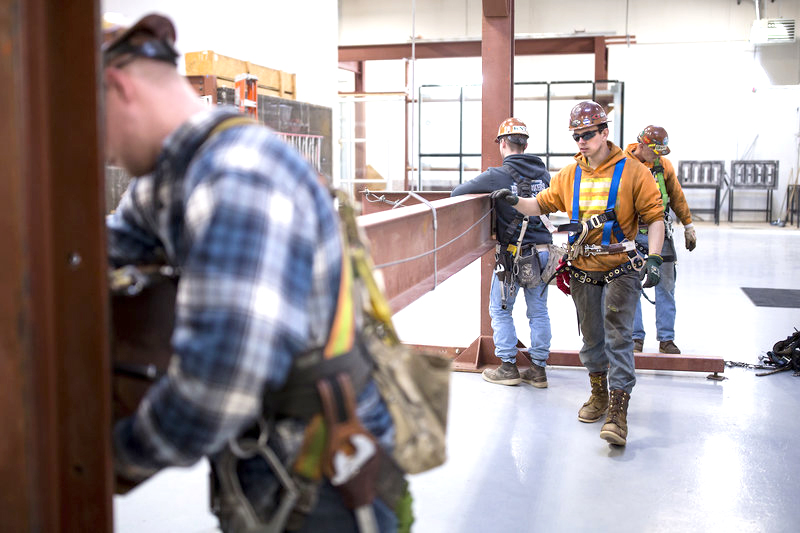 The Associated General Contractors of America has criticized a move to exclude the construction industry from a new government-approved apprenticeship program.

The agency is also giving $183.8 million to 23 academic institutions partnering with companies that provide a funding match component, plus another $100 million for efforts to expand apprenticeships and close the skills gap.

The programs will focused on advanced manufacturing, health care and information technology.

The ACG believes the exlucison of the construction trades.

Stephen E. Sandherr, chief executive officer of the AGC, said the Department of Labor proposal for an Industry Recognized Apprenticeship Program will deny many Americans a pathway to skilled trades.

“At a time when the vast majority of construction firms report having a hard time finding qualified workers to hire, it is deeply troubling that the Trump administration has opted to not include the sector in its new apprenticeship proposal,” said Sandherr,

“Instead of opening new routes for many thousands of Americans to embark on high-paying construction careers, the administration has instead opted to exclude one of the largest single sectors of the economy from what is supposed to be their signature workforce initiative.”

The unions, meanwhile, believe the government is right, saying the Apprenticeship Programs have no place in the construction industry.

“To guard against these inherent dangers and promote first-rate work, workers must receive the highest quality education and training. And the building trades’ Registered Apprenticeship Programs provide just that.

“Based on our 100 years of experience running the world’s most successful job training model, we know what works to meet specific demands of employers and an entire industry, while also providing workers with pathways to the middle class.”

NABTU said its spends $1.6 billion training “hundreds of thousands of men and women” at 1,600 training facilities in every state.

McGarvey said the unions support expanding apprenticeship to new and emerging industries the NABTU will participate in the public comment period on the issue.

The NABTU, meanwhile, said there has been no “compelling rationale” to exclude construction from the apprenticeship expansion program .

“While there are multiple paths into the industry, the fact is that it remains too difficult for many firms and their partners to establish apprenticeship programs for construction workers,” added Sandherr.

“Barriers for apprenticeship programs often include the excessive costs incurred during the rigid and inflexible registration process. Had construction been included in this initiative, many more Americans would have had the option to master construction crafts via the proven apprenticeship model. Instead the administration is sending a clear message that contractors need not apply.”