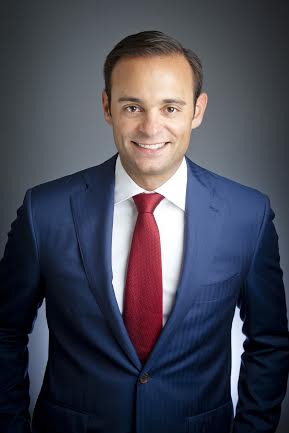 Fotis has the right recipe for sales success

Real Estate was not in Matthew Fotis’s plans when he graduated from Penn State University in 2002.
Though he’s now one of Marcus & Millichap’s top multi-family and mixed use producers, Fotis originally had designs on owning his own eatery when he entered the working world.

“I studied hotel restaurant management at Penn State and the plan was originally to go to culinary school afterwards,” Fotis told Real Estate Weekly. “The plan was to use both of those areas of study to run a restaurant, or to be involved in the restaurant industry.” 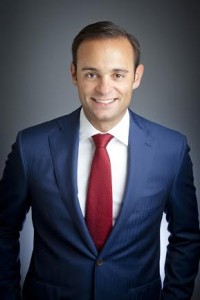 While he did obtain a bachelor’s in Hotel, Restaurant, and Institutional Management, Fotis’s affinity for the hospitality sector waned during his mandatory service hours as an undergrad.

“From what I observed, that industry was pretty rough. You’re not working great hours. I work pretty long hours now, but I’m off on the weekends. It’s different. I was turned off by that.ˮ

Inspired by his friends fathers who owned property in the City of Brotherly Love, Fotis decided that real estate just may be the key to his future.
“I left college with very little direction and just totally fell into real estate,” he said. Within six months, he had packed his bags for New York.

“I took a job renting retail and apartment spaces in the city for a year and a half,” said Fotis, who after toiling in the industry for two years, set his sights on bigger goals.
“I was ready to take a job at Cushman & Wakefield,” said Fotis, but ultimately he opted to follow a friend to Marcus & Millichap at the eleventh hour. The result has been nearly a decade of consecutive sales achievement awards and the shattering of multiple M&M records.

“It just seemed like much more of an entrepreneurial role. (I’m) running my own business under the Marcus umbrella.”
Though M&M gave Fotis the opportunity to quench his entrepreneurial thirst, it was his own drive to succeed that made him an asset.

“When I started, everybody kind of gave you the bench marks and the timeline for ‘this is how long it is going to take you to make a check, it’s going to be difficult’.
“Really what we’re told is that it’s going to take you at least a year to make a check and to close your first deal. Inside of 12 months, I closed six,” Fotis said.
“I didn’t make a tremendous amount of money because it was my first year and I had a lot of people helping me out.”

But while his bank account may not have been efficiently fortified by the transactions, his confidence certainly was.
“I realized in doing that volume of business in such a short period of time, it’s really a distinct possibility that this could turn into something much greater than I even thought,” Fotis said.

After initially focusing on the sale of investment properties in Queens, Fotis began to expand his business into Queens and Downtown Manhattan.
He has set multiple sales records for multi-family and mixed- use assets in New York City and has won a sales achievement award every year since 2005.
Today, Fotis is optimistic about the overall commercial health of the entire city. He has especially high hopes for Brooklyn.

Fotis said that while development may be slower than some had hoped in the commercial sector over the past decade, the borough is clearly on its way to meeting its goals and that the continued investment of time and effort will yield lucrative results.
“I’m not sure that five years is going to be the benchmark for completion, but I think that in the past five years or six years, since say 2008, there’s been a lot of progress,” said Fotis.
“Corridors like Court Street and parts of Atlantic Avenue, they’ve really matured. They’ve probably doubled in value on a rent per square foot basis.
““Obviously 2009 and 2010 was a slow period, especially for development and businesses. I think it’s made so much progress value-wise in the past five years, and we’re going to continue to see a lot of great progress.”

Fotis Mbelieves a change in dynamic is on the horizon as areas like the Hudson Yards and Manhattan West develop. “I think that it’s going to be tougher for mom and pop businesses because all of the national chains are going to see reason to expand further and they’re just going to have more locations in the city,” said Fotis, referencing the viability of neighborhoods that were once primarily residential but will soon see a daily influx of employees walking the local streets as bigger corporate tenants move in.
“That doesn’t mean that privately-owned business is going to evaporate, but I think you are going to see more national chains with more locations as these other neighborhoods become more viable for their business plan.

“If you look at Soho, that’s become more of an international shopping destination than it ever was,” he continued. “Between 2007 and today, you see these rents being achieved and all these new tenants coming into Soho.”

Fotis added that the while the culture of New York City may see slight alterations in certain neighborhoods, the overall result will be an increase in value for property owners. He’s excited to keep Marcus & Millichap out in front of that change.