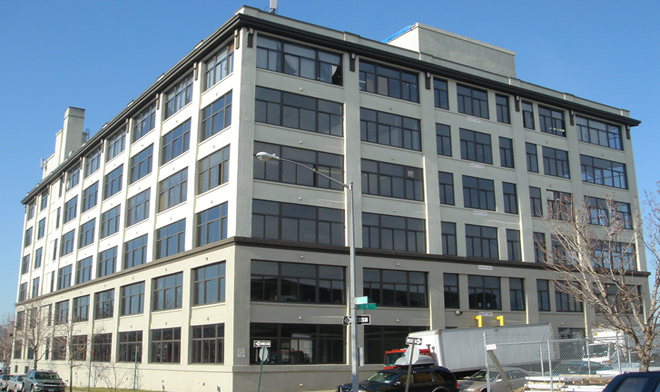 Food Bazaar and its holding company, Bogopa Services Corp., owner and operator of 25 supermarkets in the Tri-State area, have signed a 15-year lease at 33-02 Skillman Avenue in Long Island City, Queens,,.

Bogopa Service Corp will relocate its corporate headquarters from East New York, Brooklyn to the new building in 2020.

With their footprint increasing and more growth on the horizon, the company is taking the entire 17,000 s/f 5th floor of the property and will build out its own office.

33-02 Skillman Avenue has undergone a total redevelopment from light industrial to office, with all of the improvements slated for completion by year-end 2019.

In addition to new windows, lobby, elevators and connectivity upgrades, each of its six floors will be white-boxed and then built out for flex, e-commerce or office uses.

Full floors of 17,000 s/f are being marketed in the low to mid $30s psf on the modified gross basis.

The property is a flatiron-shaped building spanning entire city block and sitting high above the Sunnyside Yards.

Food Bazaar is a New York City immigrant business success story. It was founded by Francis An, who was born in Korea and first immigrated to Argentina, where he embraced the Latin American cuisine and culture, before relocating to NYC.

His first store opened in 1988 and Food Bazaar’s specialty is catering to tastes of minorities and immigrants by selling one of the widest selections of ethnic foods in the market.