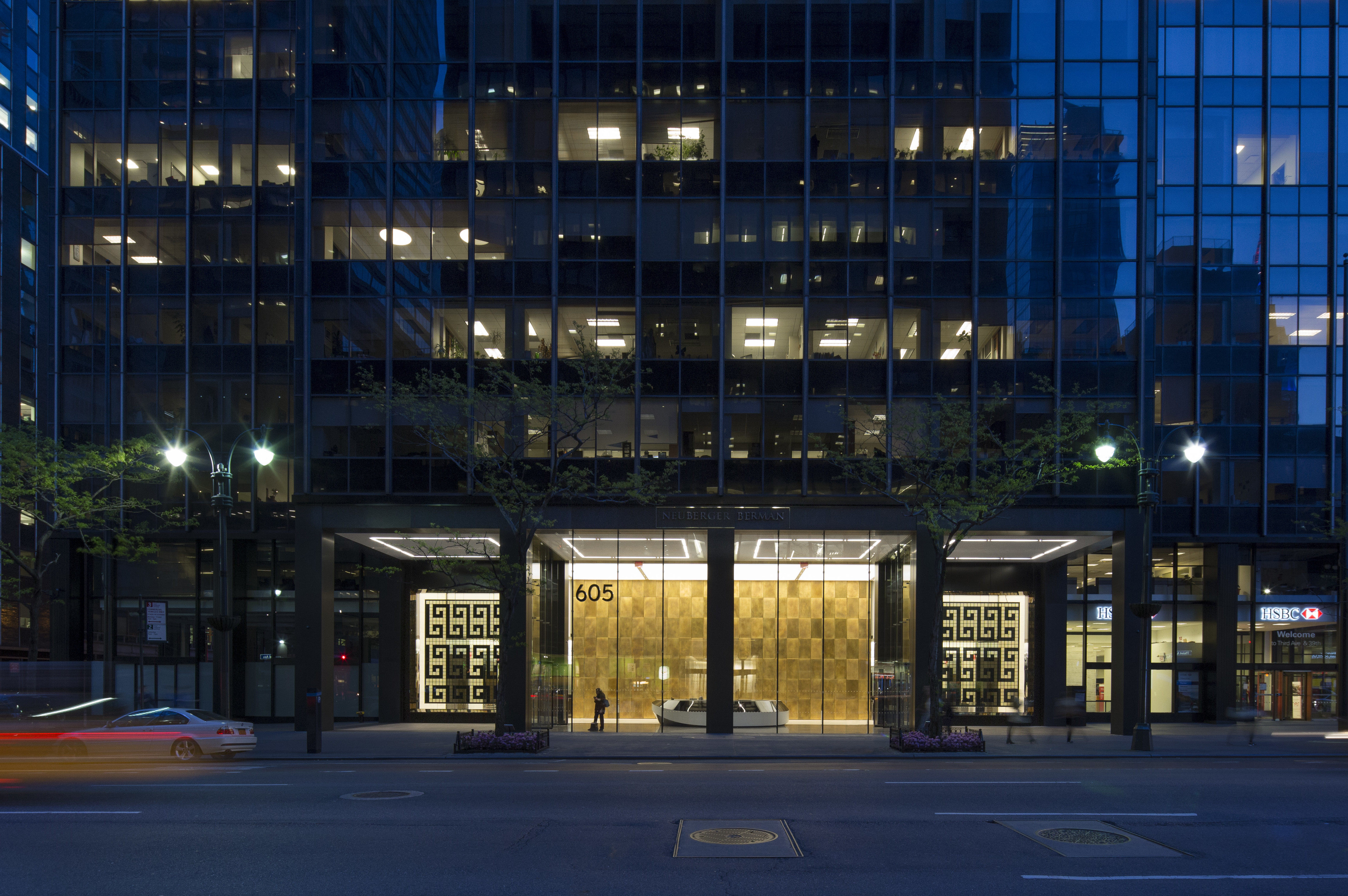 The Permanent Mission of Finland, which represents the country at the United Nations, and the Consulate General of Finland in New York, which oversees the interests of Finland and its citizens in 35 states on the East Coast and in the Midwest, signed a lease to occupy the entire 35th floor.

Podell, Rothman, Schechter & Banfield, LLP, a top law firm specializing in real estate property taxes, signed a 10-year lease renewal to continue to occupy 19,871 s/f across the entire 18th floor. The firm has been a tenant at 605 Third Avenue since 1993.

“We are pleased to welcome the Permanent Mission of Finland and Consulate General of Finland, which were drawn to 605 Third Avenue for its fully modernized environment, distinctive design, and ideal location near the United Nations,” said Fisher Brothers partner Ken Fisher.

“The renewal with Podell, Rothman, Schechter & Banfield is a validation of our efforts to provide our tenants with a best-in-class experience.  We are thrilled that this firm has chosen to remain at 605 Third Avenue, where they have been located for over two decades,” added Fisher Brothers partner Winston C. Fisher.

These signings, along with a previously announced 10-year, 19,871 s/f lease with the law firm Hodgson Russ LLP for the entire 23rd floor, come on the heels of the recently completed $25 million capital improvement program at 605 Third Avenue.

The centerpiece of the project was the creation of a brand new building entrance and lobby, designed by award-winning architect David Rockwell and the Rockwell Group.

Completed earlier this year, Fisher Brothers extended the entrance out onto the plaza which allowed it to create a more spacious and inviting lobby, including a custom-designed, circular reception desk, a feature wall composed of brass panels and a sleek white ceiling with LED backlighting.

In addition, David Rockwell and the LAB at Rockwell Group worked with Fisher Brothers to install two oversized digital glass windows, each composed of 900 translucent tiles, which have been designed and programed to function as giant kaleidoscopes featuring a continuous series of computer-generated patterns. These unique panels function as a form of public art visible from within the lobby as well as to passersby on the plaza.

Originally built by Fisher Brothers in 1963, 605 Third Avenue was recently certified LEED Gold by the U.S. Green Building Council in recognition of a series of enhancements undertaken by Fisher Brothers to create a highly-efficient and more environmentally-sustainable working environment.

The Permanent Mission of Finland and the Consulate General of Finland were represented by Michael Goldman, Kunihiko Otomo, and Brad Wolk of Savills Studley.  Fisher Brothers was represented in-house by Marc Packman and Clark Briffel, as well as Bruce Mosler, Mikael Nahmias, Louis D’Avanzo, and Michael Baraldi of Cushman & Wakefield in the transaction.