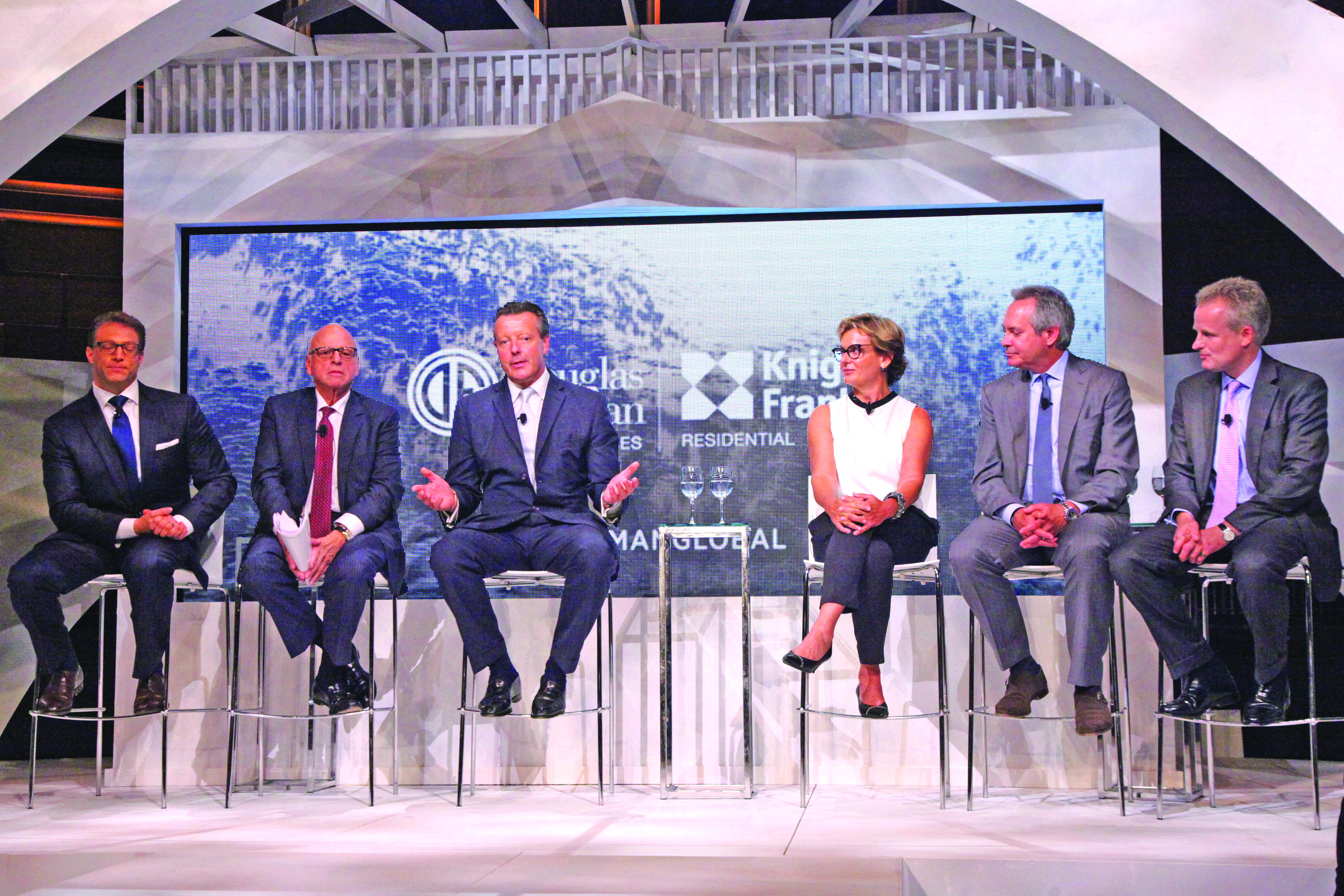 Douglas Elliman Real Estate and Knight Frank Residential say their partnership will result in the largest interactive and connected network for residential properties in the world.

The new Douglas Elliman Knight Frank Residential alliance will entail both firms sharing marketing resources for domestic and international properties in the top 10 percent of each market the serve in New York City, the Hamptons, Long Island, Westchester, South Florida and Los Angeles.
Together, both firms will have a network of more than 400 offices in 52 countries, with nearly 20,000 agents.

Knight Frank Residential is partners with NYC-based Newmark Grubb Knight Frank, and the company in total has more than 370 offices in 43 countries and six continents, and has more than 13,000 employees.

The new alliance will also start releasing a “Wealth Report” supplement, with the first edition just released in conjunction with the announcement of the partnership. The first report outlines the economic ties between leading cities in the world, finding that London and New York are poised as front runners in the global wealth and property investment markets, while Los Angeles, Miami, Paris, and Dubai are close behind.

“Accordingly, there is now a wider selection of both investor origins and investment destinations. For agents, this trend dictates that it is essential to be best in class in New York and London in order to provide high net worth clients with the most comprehensive service and access to best properties globally.”
Douglas Elliman and Knight Frank Residential first became allies back in the 1970’s through international referrals.

“The strengthening of our relationship with Knight Frank Residential further solidifies Douglas Elliman’s position at the top of the real estate industry through our unique marketing platform, shared market insights, and unmatched ability to connect buyers and sellers on a global scale,” said Dottie Herman, president and CEO of Douglas Elliman.

The division will service New York City, South Florida and Long Island. The Division will also include The Nickolai Team led by Irene Nickolai.

“Douglas Elliman is best known for being New York’s largest residential brokerage with a growing national presence, but we’ve been ranked among the best brokerages in the commercial realm for years,” said Howard M. Lorber, chairman of Douglas Elliman.

“This is the right time to increase our scope with this division, as we continue to expand our full-service real estate capabilities in the national arena.”

Jim Gross has leased over 40 million square feet of New York office space and has been responsible for mentoring some of the most successful commercial real estate brokers in the industry.

Peter Gross and Jim have been partners since 2010. Peter’s main focus has been on brokerage representing major tenants and landlords for over a decade.

Douglas Elliman Commercial will specialize in Tenant Representation, Landlord Representation and Investment Sales. They are based out of Elliman’s newly renovated office at 205 East 42nd St. Michael Murphy and David Restainer will lead the Long Island and South Florida commercial offices, respectively. WPG’s previous senior managing director Will Carr will also be joining this corporate division.