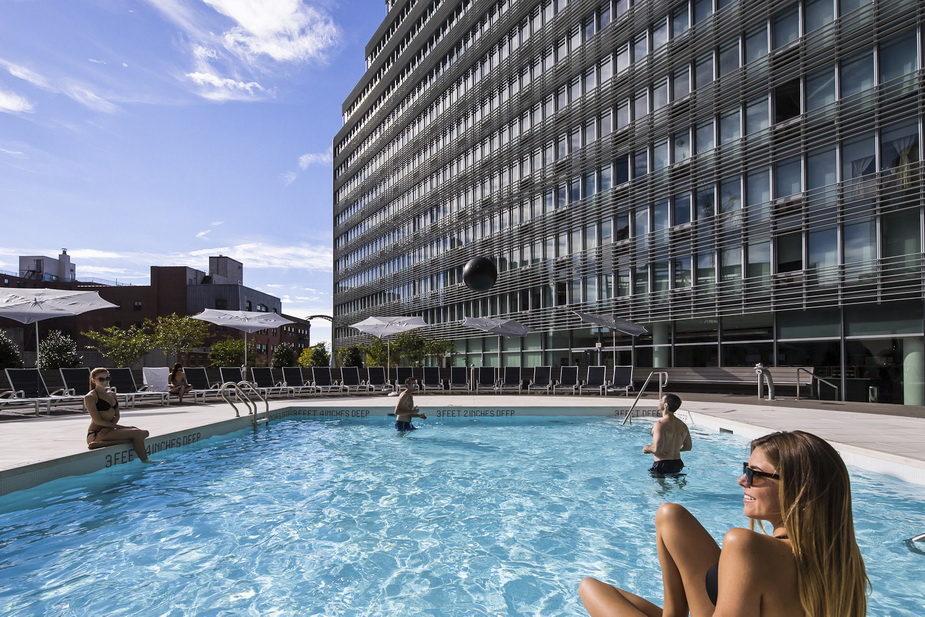 Developers striving to bring residential services to the next level

Developers are honing in on what buyers and renters in NYC want — going from traditional to modern and creating spaces that residents need – whether they know it or not.

Jodi Stasse, managing director of new developments at Citi Habitats, has seen a shift in traditional building amenities coming out of the basement and into the light — literally.

“A lot of the amenity spaces are incorporated into basement levels of buildings, which gets no natural light,” she said. “It’s a real decision to get them above street level. Amenities are coming out of the basement of buildings and they are creating them in adjacent outdoor spaces with light.”

“I think developers are taking a good close look at amenity spaces and making sure they really deliver the lifestyle people want and use,” said Stasse. “They’re providing better quality spaces, spaces that are filled with natural light, resident lounges with views and outdoor rooftop pools.”

The 800-unit project will have an indoor pool and lounge, as well as a rooftop infinity pool, fitness center, squash court and boxing gym. Even more amenities slated to be offered include a “demo kitchen” and dining room, a kid’s playroom, and a movie screening room. The project is scheduled to be completed in 2016.

“You really haven’t seen stuff like that being designed in buildings in a long time,” said Stasse. “I think it will raise the bar. It’s more than amenities, it’s creating a lifestyle.”

Lobby spaces are another trend Stasse has noticed — utilizing the space as a community area like the Ace Hotel in NOMAD, which is linked to a coffee shop, as well as a bar and restaurant, and has a central area with seating where people can be seen hanging out on laptops and sipping lattes on an average weekday afternoon.

“Lobby lounges become the lower level lounge for people to hang out,” said Stasse. “This hasn’t been seen in the past, it will start to been seen in more properties.”

Properties like 540West, a luxury condo building on West 49th Street in Hell’s Kitchen that is slated to open by year’s end.

Stephen McArdle, senior managing director of Halstead Property Development Marketing, is currently heading up sales and marketing at the building.

“There’s a creative race to what amenities you can come up with,” said McArdle of the luxury amenity market. “There’s been some that have been pretty effective or less effective.”

For 540 West, which so far is 60 percent sold, the development team focused less on gimmicks and more on community.

“The amenities were really a driving consideration when this building was designed,” said McArdle.

“This sponsor focused on creating luxurious, comfortable spaces for owners, and less about publicity, or a box to check, or something no one else has done. They are creating really livable, usable spaces that people will use and get benefit from.”

Outdoor and community space were the main focus for amenities at 540West. Once completed, the building will have a 6,000 s/f exterior courtyard connecting the two seven-story buildings, an area for dining, lounging, an outdoor movie screenings, and a reflection pool.

“It’s where everyone in the building can meet each other and hang and create that element,” said McArdle. “We’re getting a tremendous response to the amenity spaces because they’re actually usable.”

The two-tower project will also have rooftop terraces on both buildings, a 24-hour lobby with a lounge area and fireplace, and a pet spa for animal owners.

With people now living in such a disconnected world where everyone is glued to their cell phone or ipad, opportunities for people to have a sense of community and face-to-face interaction is important — and something people need whether they realize it or not, said McArdle.

“I think that’s why the WeWork’s of the world are so successful,” he said. “I think people genuinely want to be together and the sponsors were forward-thinking and there’s a want and need to create community together.”