Maplewood Senior Living Company is going to develop a luxury building for seniors in the Upper East Side.

The assisted living operator based in Westport, Connecticut just closed on the purchase of a collection of five lots covering 1802-1810 Second Avenue and 303-305 East 93rd  Street. 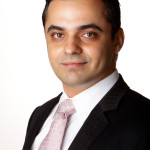 Hotel and restaurant developer Merchants Hospitality was under contract to purchase the site. Merchants assigned its contracts to Maplewood and its capital partner, Omega Healthcare, allowing the two companies to close directly with the five sellers.

“Merchant had a unique opportunity in their hands. Their plans… gave a perfect spin on the site and piqued the interest of the Senior Living Company,” Tzaidi said.

In a press release, Maplewood said that the development plan is to raze the buildings and construct a single tower. Once it’s built, the tower will have between 201,000 s/f to 210,ooo s/f of space. According to Smith, the property would also stand at “roughly” 20 stories and contain 214 units.

Maplewood Senior Living has 11 locations in Connecticut, Massachusetts and Ohio. The still-unnamed building (Smith said that they’re in a “decision-making process” for the name) would be the future site of its first facility in New York City. However, the company said that it would not be halting its expansion in Second Avenue.

“This is the first of some exciting opportunities that you’ll be hearing about in the near future. We plan on expanding in Manhattan over the next few years,” Smith said.

Demolition for the site  will start in the middle of 2016. It is expected to be completed by early 2018.

CORRECTION: An earlier post stated that Maplewood Senior Living Company would co-develop the property with Merchants Hospitality. Maplewood is developing the site with Omega Healthcare as its capital partner.

Borough President: Bronx not the same as it was