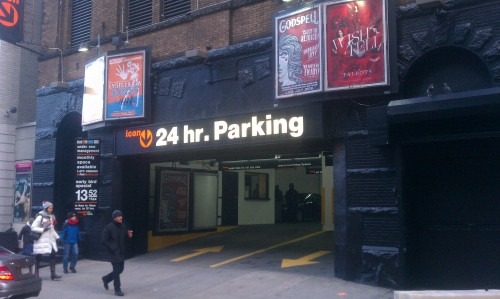 A 343-key hotel may soon replace an ICON Parking garage near Times Square.

According to a permit application filed with the Department of Buildings, Clarity 47 LLC plans to build a 27-story tower at 145 West 47th Street. The property, which sits between Sixth and Seventh Avenue, is located in the Theater District, less than a block away from Cort Theater and the Palace Theater. If approved as proposed, the 141,558 s/f building will be 288-feet tall.

Clarity 47 acquired the property last year for $101 million. The sale ranked as one of the largest transactions for garages, gas stations and vacant land, according to REBNY’s investment sales report for the first half of 2016.

The previous owner, Stahl Real Estate, held on to the property for nearly 35 years. The proposed building will replace a seven-story structure, according to a demolition permit application filed in January. Berg + Moss Architects will design the tower.