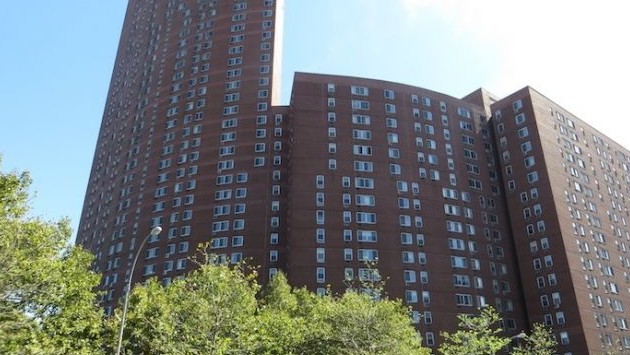 Daniel Z. Nelson, a champion of New York’s Mitchell-Lama housing program ,died on August 23, 2016 after complications due to a fall. He was 86.

Mr Nelson was admired for his successful career in  real estate and longtime commitment to philanthropic organizations and national education institutions which he transformed through policy advancement and construction development.

His law degree, good heart and passion led him to change the national landscape of public school construction, middle-income housing development, medical facility advancement and New York City’s master plan through his positions in leadership, legal counsel and as chairman of several boards.

Nelson created and administered New York City’s Education Construction Fund (ECF) founded in 1967 and revived under Mayor Michael Bloomberg, which enabled the construction of more than $1 billion in new development including 4,500 units of new housing and 1.2 million square feet of office space over the course of its history.

The ECF was the country’s first public authority established to finance the construction of public schools for mixed-use properties with no taxpayer contributions, instead utilizing income from air rights sold to developers.  Since its founding, the program has built more than 15 new public schools adding 18,000 school seats that otherwise would not have been created.

Major mixed-use projects completed through the program include 3 Park Avenue, the site of the Norman Thomas High School;  Confucius Plaza, a 762-unit mixed-use property in Chinatown, the first major residential complex built for almost exclusively Chinese Americans, which is home to the Yung Wing Public School, P.S. 124;  and the Verizon Building at 375 Pearl  Street at the foot of the Brooklyn Bridge, among many others.

The program he founded, though Nelson was no longer involved after  moving into the private sector, is still creating new schools and development today, for example  250 East 57th Street, currently under construction along Billionaire’s Row, which will be home to two new public schools in addition to  housing and commercial space. Another project on First Avenue at 96th Street with a new high school and more than 1,000 new units of housing and community space is currently in the pipeline as well.

A fierce advocate for New York City’s citizens, from the mid-1960s to early 1970s Nelson served in various housing-related roles under the administrations of Mayors Robert F. Wagner and John Lindsay.

Following his time in New York City government, Nelson shifted his career to the private sector.  Starting in 1973, he served as President and CEO of Cauldwell – Wingate Co., where he directed all phases of real estate development totaling approximately $40 million annually

From 1982 until his death, Nelson was President of Nelson Equities, Inc., where through various affiliated companies he acquired, owned, and managed more than 3,000 residential units in NYC, and acquired 1,000 acres in the New York City area for future development.

Most recently, Mr Nelson worked at leading transactions and trial law firm Akerman in their real estate practice where he focused on residential housing incentive programs, as well as specialized medical facilities.

Daniel Z. Nelson was born on February 12, 1930.   He obtained his law degree from Brooklyn Law School and New York University, and served in the U.S. Army in the Office of Judge Advocate General, before shifting his focus to both public and private real estate organizations.

Always committed to a host of philanthropic efforts, Nelson spearheaded transformational facilities improvements for Maimonides Hospital in his three decades serving in various positions on its board.  He oversaw over half a billion dollars in modernization and expansion projects including construction of a new nine-story inpatient building, the Maimonides Cancer Center,  a modern lobby, and an ambulatory network.  A religious man, Nelson also oversaw the Central Synagogue in New York City’s $40 million restoration after a devastating fire.

A loving father and husband, Daniel, who lived in New York City, is survived by his children Robert Nelson and Judi Camps, his daughter-in-law Anita, his son-in-law Jeff Camps, his adored grandchildren Ashley, Brooke, Max and Dylan, his treasured sister Barbara Albert and his loving companion Zita Rosenthal. His wife of 57 years, Eleanor passed away in 2012.