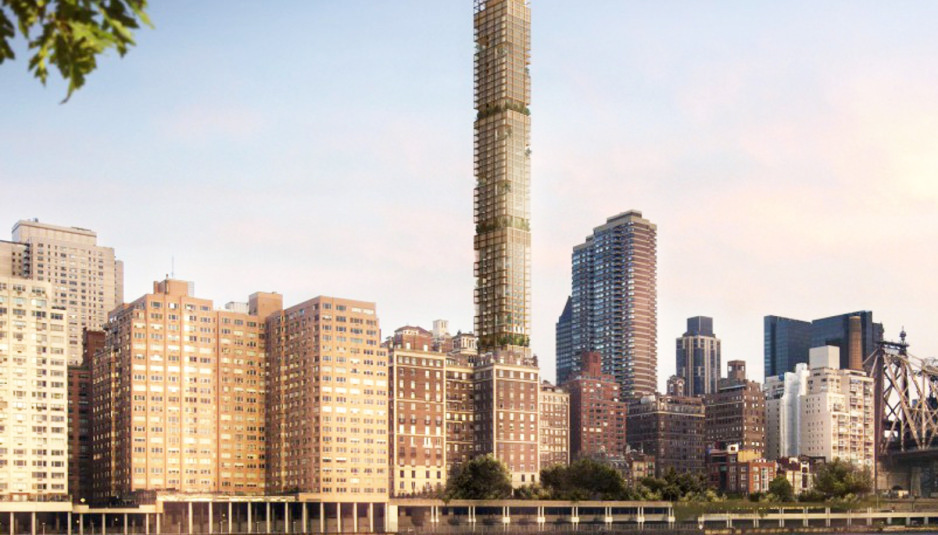 In a blow to Gamma Real Estate’s planned condo tower project, the City Council Land Use Committee today voted to approve a rezoning measure brought by East River Fifties Alliance (ERFA) that will cap building heights in Sutton Place, and dismissed a grandfather clause that would have preserved Gamma’s 67-story planned tower that drew ire from locals.

Last week, the City Planning Commission approved a plan to rezone Sutton Place that included a text amendment that would grandfather in a 700 ft. tower by Gamma Real Estate that would be exempt from the new rezoning.

If ultimately approved by the City Council, the rezoning would require developers to build below 260 ft. The requirement applies to an area covering First Avenue between East 51st and East 59th Streets.

The rezoning was submitted by neighborhood group East River Fifties Alliance (ERFA), which sought to cap building heights in the neighborhood at 260 ft. The organization has the backing of public officials including State Senator Liz Krueger and Manhattan Borough President Gale Brewer.

“Today’s action is a milestone in our citizen-led initiative to ensure that future development in our neighborhood is consistent with community character, and that our residential streets receive the same protections against out-of-scale development as other residential areas,” said Alan Kersh, president of ERFA, in a press release following the Land Use Committee vote. “The proposed modified tower-on-a-base rules will prevent construction of towers with unlimited heights, while still accommodating future housing growth. I urge the City Council to vote ‘yes’ on the East River Fifties Text Amendment.”

“We’re seeing supertall buildings go up in commercial Midtown, and 432 Park, and 11 West 57th Street, and we believe they have no role on quiet side streets in residential neighborhoods,” said Kallos.

Gamma Real Estate has been planning to build a 67-story, 125-unit tower at 426-432 East 58th Street since 2015. It gained approval without finishing foundation work at the site, according to a company representative. Gamma has hoped to finish foundation work before Thanksgiving to ensure that the site would be subject to current zoning rules.

“That specific developer does have multiple options available, under existing law, and the grandfathering seems to be just a step too far for this site,” said Krueger at Monday’s hearing, referring to Gamma’s project.

Jonathan Kalikow of Gamma Real Estate, the developer that since 2015 has been in the process of building the tower on West 58th Street, was joined by lawyers from Kramer Levin and a foreman on the project who works for Lend Lease at the hearing.

Gamma’s lawyers called ERFA a “well-funded” group of neighborhood residents “trying to protect their river views,” and said that allowing the project to be grandfathered in will save the jobs of hundreds of construction workers.

“Removing the grandfather clause would only serve to punish Gamma and hurt its workers,” said Kalikow at the hearing.
The dispute between Gamma and local residents has been simmering for about a year. The ERFA first submitted a proposal to rezone the area in January of 2016, when the site was still owned by Bauhaus Group.

The ERFA’s initial proposal aimed to replace Sutton Place’s R10 zoning designation, which imposes no height restrictions. Gamma acquired the site in a foreclosure auction in December of last year. Gamma scaled down plans for the site, scrapping Bauhaus’ proposal for a 950-foot tall tower designed by Norman Foster.