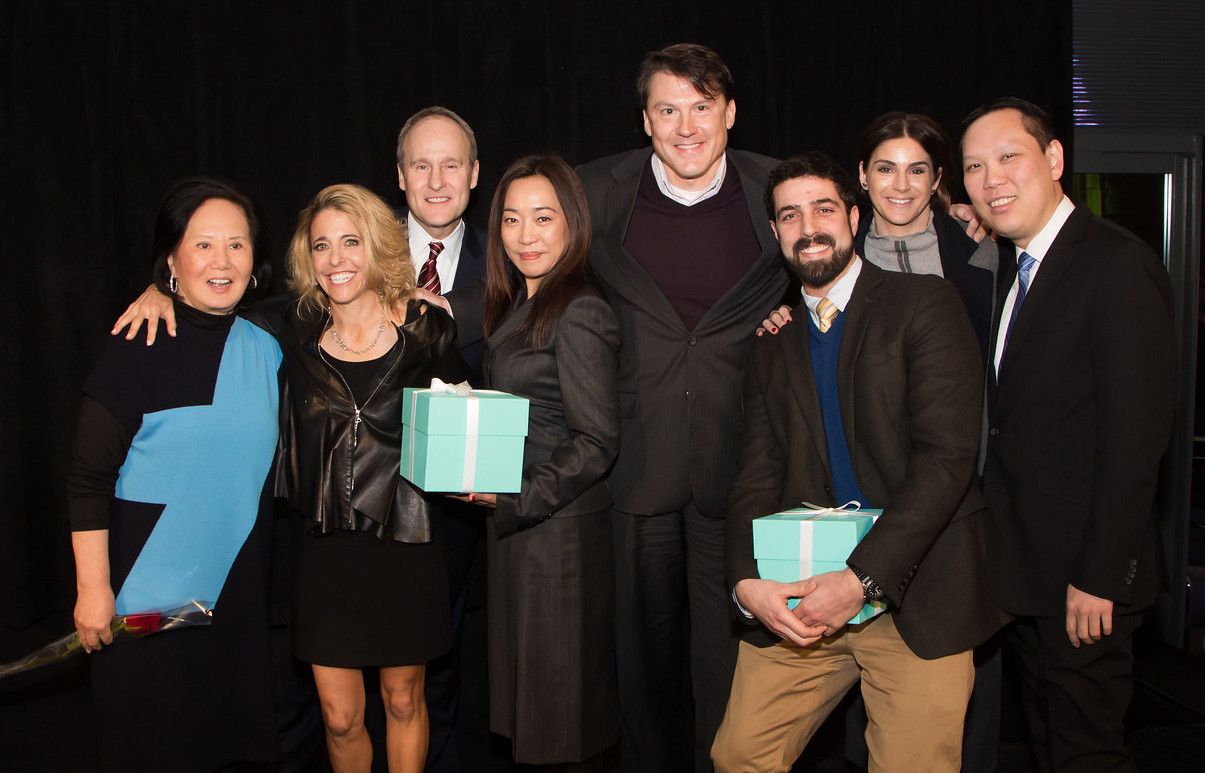 The Corcoran Group hosted its Annual Sales Meeting and Awards Ceremony recognizing the 2016 top-performing  sales and rental agents and teams from the Manhattan and Brooklyn markets.

Pamela Liebman, Corcoran President & CEO, along with Bill Cunningham, EVP and General Sales Manager, welcomed over 700 Corcoran agents and employees to the event which was held in the Gustavino’s event venue under Manhattan’s 59th Street Bridge.  Liebman thanked agents for “exemplifying everything that is good about this business – honesty, integrity, hard work and putting their customers’ needs above their own.”

Award-winning individual agents from each Corcoran office were presented in a series of upbeat videos that featured Liebman and Cunningham surprising winners with the news of their award with confetti and noisemakers and filmed in unexpected locations throughout the city including a deli, a party store, a taxi and even a coffee cart on the street, among others.

In addition to celebrating the winning sales agents and teams, Christina Lowris-Panos was welcomed back to the firm as the Chief Marketing Officer of The Corcoran Group to enthusiastic applause.

Corcoran also raised the bar in 2016 having sold more exclusives than any brokerage firm in Manhattan with Corcoran exclusive Manhattan sales valued at $5.6 billion.  And, Corcoran was, once again, the leading brokerage firm in Brooklyn, with $1.16 billion in sales in 2016, more than twice the firm’s nearest competitor.

The ceremony premiered a number of lighthearted videos, including a take-off of the Late Late Show’s “Carpool Karaoke” opening the ceremony with Liebman at the wheel of a car and various agents joining in singing “Ain’t No Mountain High Enough,” which Liebman pointed out is the perfect motto for Corcoran agents.

The videos took a thoughtful tone towards the end of the ceremony with “We Are Corcoran,” a video montage of Corcoran agents from countries around the world that touched on the unity and inclusiveness of the firm, which received a long, standing ovation.

The ceremony ended on a gracious note, with the “Thank You” video which featured Corcoran agents thanking someone at the firm, whether a manager or a business partner or other, who helped them in their career and extended their everlasting thanks to them.