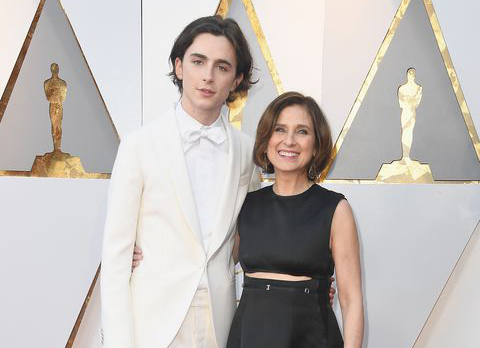 From real estate royalty to the Hollywood red carpet.

Chalamet was nominated in the best actor category for his role in the film “Call Me By Your Name.” The award ultimately went to Gary Oldman for his portrayal of Winston Churchill in “The Darkest Hour.”

It was a breakout year for the 22-year-old actor, who also appeared in Oscar-nominated film “Ladybird.”

Flender, who is based out of Corcoran’s headquarters at 888 Seventh Avenue, is a native New Yorker who was an actress for many years herself. She attended LaGuardia High School and danced at Lincoln Center with the New York City Ballet as a child, according to her bio on Corcoran’s website. She performed in several Broadway musicals including A Chorus Line, Fiddler on the Roof, Gypsy, Hello Dolly and My One and Only. She has a daughter who lives in Paris who is also an actress.