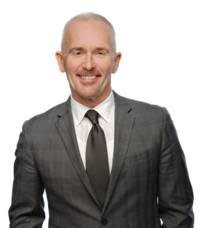 The Corcoran Group announced today the appointment of Tim Cass and Paula Manikowski as Senior Managing Directors of the firm’s Soho office. The announcement was made by Corcoran President and CEO, Pamela Liebman.

The Corcoran Soho office is the second largest of the firm’s sales offices with over 150 agents located at the 490 Broadway office.

Tim and Paula have been top performing sales associates at Corcoran for 10 and 9 years, respectively. During that time, Tim has been affiliated with the Corcoran Union Square office and Paula, the Corcoran Chelsea office.

Commenting on the new appointments, Pamela Liebman remarked, “We are always happy to promote from within the ranks of our many talented Corcoran family members. Tim and Paula are both top performers who have had great success as Corcoran sales associates. They share a deep knowledge of the New York market and have extensive experience in dealing with all aspects of the sales process. Both are known for their utmost professionalism, positive energy and have the greatest respect of their colleagues. Tim and Paula are exactly the type of leaders Corcoran looks for. It is my pleasure to make this announcement and welcome them to their new positions.”

The new appointments come at a time of change for the Corcoran SoHo office which is scheduled to relocate in Spring 2015 to 524 Broadway, where it is taking over the approx. 15,000 sq. ft. third floor in the classic, cast iron Soho loft building that houses famed restaurant Balthazar. The Corcoran Soho office move is prompted by the need for expanded space to accommodate the growing number of Soho Corcoran agents that has increased to over 150 currently and is projected to increase significantly over the next few years.

Also relocating is the former Soho office Managing Director, Gene Martinez, who is moving to Miami to pursue new opportunities. Pam Liebman commented on Martinez’s move, “Gene has been a very valued leader at Corcoran and is very well liked. He has been highly effective in his role as Senior Managing Director and we are sorry to see him go. But Gene is returning to his home town of Miami and we know for many, there is no place like home. We wish Gene the very best and hope one day to welcome him back into the Corcoran family.”