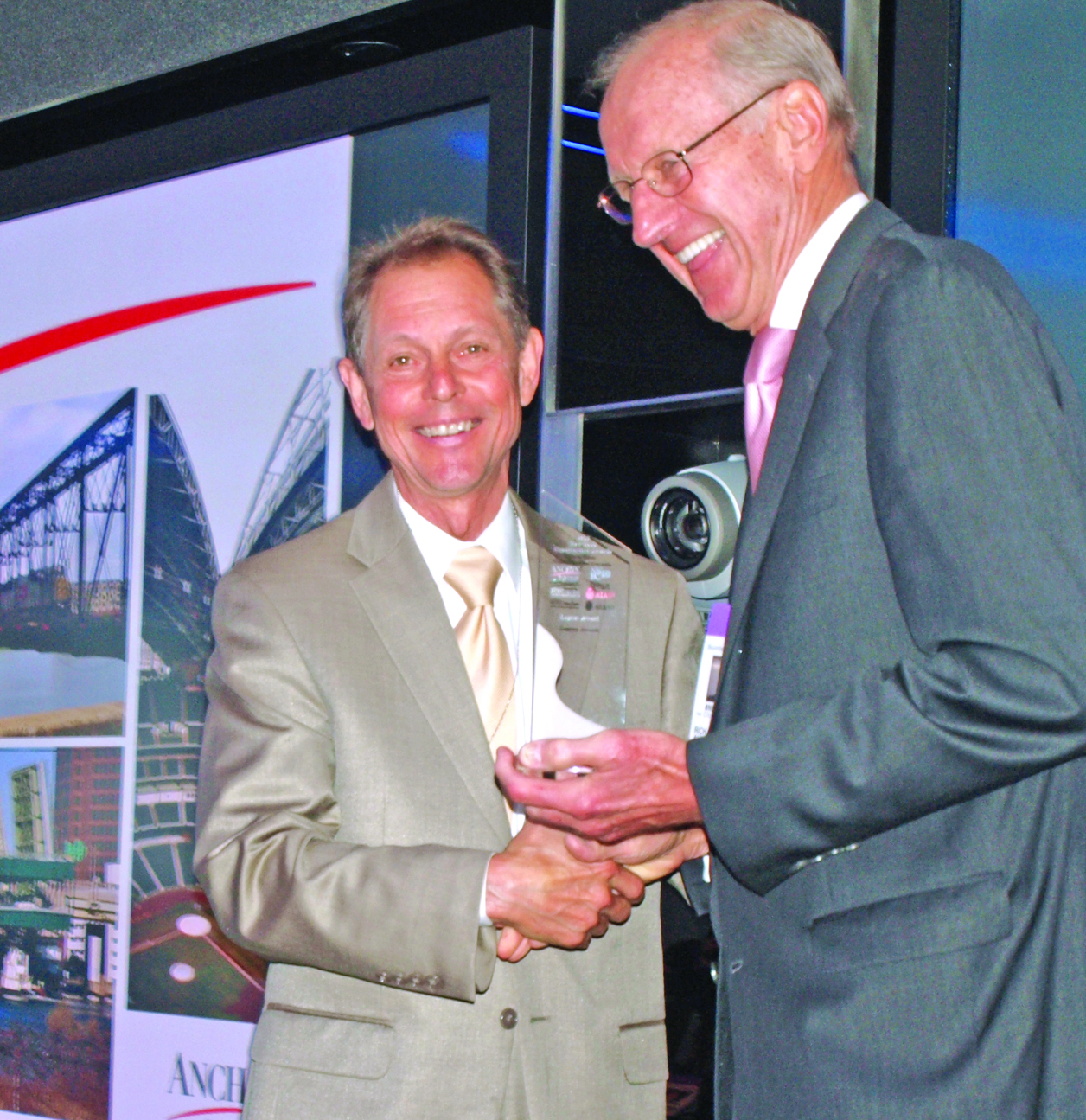 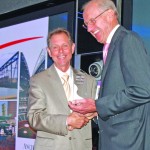 After being introduced by Philip Ross, chair of Anchin’s Construction Industry Group, Richard T. Anderson, president of NYBC, kicked off the awards event by sharing some results from their annual forecast.

Paul Williams, president and chief Executive Officer of DASNY (the Dormitory Authority State of New York), one of the leading public finance and construction management agencies in the nation, followed with his keynote delivery.

Williams began his remarks by saying that he had good news: The industry has made a significant turnaround since he spoke at Anchin’s awards event three years ago. Today, the number of NY state construction jobs has grown, and continues to grow, particularly downstate.

He noted that DASNY has financed $45 billion in tax exempt bonds, and stressed that the agency continues to grow and evolve to meet consumer demands. For example, DASNY promotes and supports sustainable design approaches and construction practices.

He noted that the Tappan Zee Bridge project, the single largest bridge construction project in New York’s history, will create thousands of construction jobs in the region.

Williams also stressed gains in alternative project delivery since 2011, and he championed New York as an example for the country in effective and efficient project procurement and management.

Ten awards were presented by Anchin and industry partners, the New York Building Congress, ACEC-NY and AIA-NY at this year’s event, based upon applications submitted by companies and judged by an illustrious panel of industry executives:

After reviewing all entries, the judges recognized the following companies: Industry Impact Award, Construction: Turner Construction, Charles Murphy, Senior Vice President. The company believes in collaborating with its partners to deliver projects more effectively and efficiently. It also believes in being a “good neighbor,” as it was when it hired many construction workers who could walk to work during construction of Yankee Stadium.

Industry Impact Awards, Design: Thornton Tomasetti, Robert DeScenza, President. Recognizing that the design and construction industry needs to contribute to the environmental challenges of our time, the company believes that innovation is the engine of NYC’s future prosperity.

Robert A.M. Stern Architects (RAMSA), Paul Whalen, Partner. RAMSA designs buildings that are environmentally sustainable and energy efficient. The company developed a master specification, which they continue to refine, aimed at improving the environmental sustainability of the buildings it designs.

Industry Impact Award, Development: SL Green Realty Corp., Edward Piccinich, Executive Vice President and Director of Management and Construction. A leader in creating state-of-the-art space for tenants, the company firmly believes in teamwork and collaboration. From simple to complex projects, the company’s goal is making a positive contribution to the NYC landscape.

Legacy Awards: Hardesty & Hanover, Charles Gozdziewski, Chairman. Ever since it was founded 127 years ago, the company has believed in the importance of quality in engineering and attention to detail. Recognizing that engineering services and support are important throughout a product’s life cycle, the company maintains a forward-thinking approach using the latest project management, design and support innovations.

WASA/Studio A, Harry Spring, Senior Managing Partner and Jack Esterson, Senior Partner. Currently celebrating 125 years of service, this company is one of the oldest continuously operating architecture and engineering firms in the United States. Because it understands the nature of innovation, it continuously incorporates the latest technology as it designs building that are both beautiful and efficient.

Rising Star Award: HAKS, Elliott (Lee) Sander, President & CEO . Established in 1991, HAKS is a relative newcomer to the construction management industry. Since its inception, the firm has continued to evolve and grow. Serving both public- and private-sector customers along the East Coast, HAKS is one of the fastest growing minority owned firms in the area.

Outstanding Public Service Awards: Gilsanz Murray Steficek (GMS), Ramon Gilsanz, President. A proud participant in the ACE Mentoring Program since 2006, staff members of GMS mentor high school students to expose the students to careers in Architecture, Construction and Engineering (ACE). The company also is a contributor to the CANstruction Program, an annual design competition in which architects and engineers use canned food to build large scale structures. At the end of the event, the structures are broken down and the food donated to local food banks.

Jaros Baum &  Bolles (JBB), Mitch Simpler, Managing Partner. Founded in 1915, the company has contributed to the community in myriad ways, including: being a founding member of both the New York Chapter of the U.S. Green Building Council and the Building Smart Alliance; serving on the National Fire Protection Association’s 90A and 90B Standards Committee; serving on taskforce with NYC to rewrite the Mechanical and Electrical Codes.

The award winners were not publically announced prior to the event, but each was notified and asked to record a brief video. You can view these videos at Anchin’s YouTube channel https://www.youtube.com/user/AnchinNews.

Frank Schettino, Anchin’s Managing Partner, closed the event by congratulating the Class of 2014 award winners. Anchin’s annual State of the Construction Industry event will be held on September 18, 2014 from 8:00am-10:00am at Club 101 in New York City.