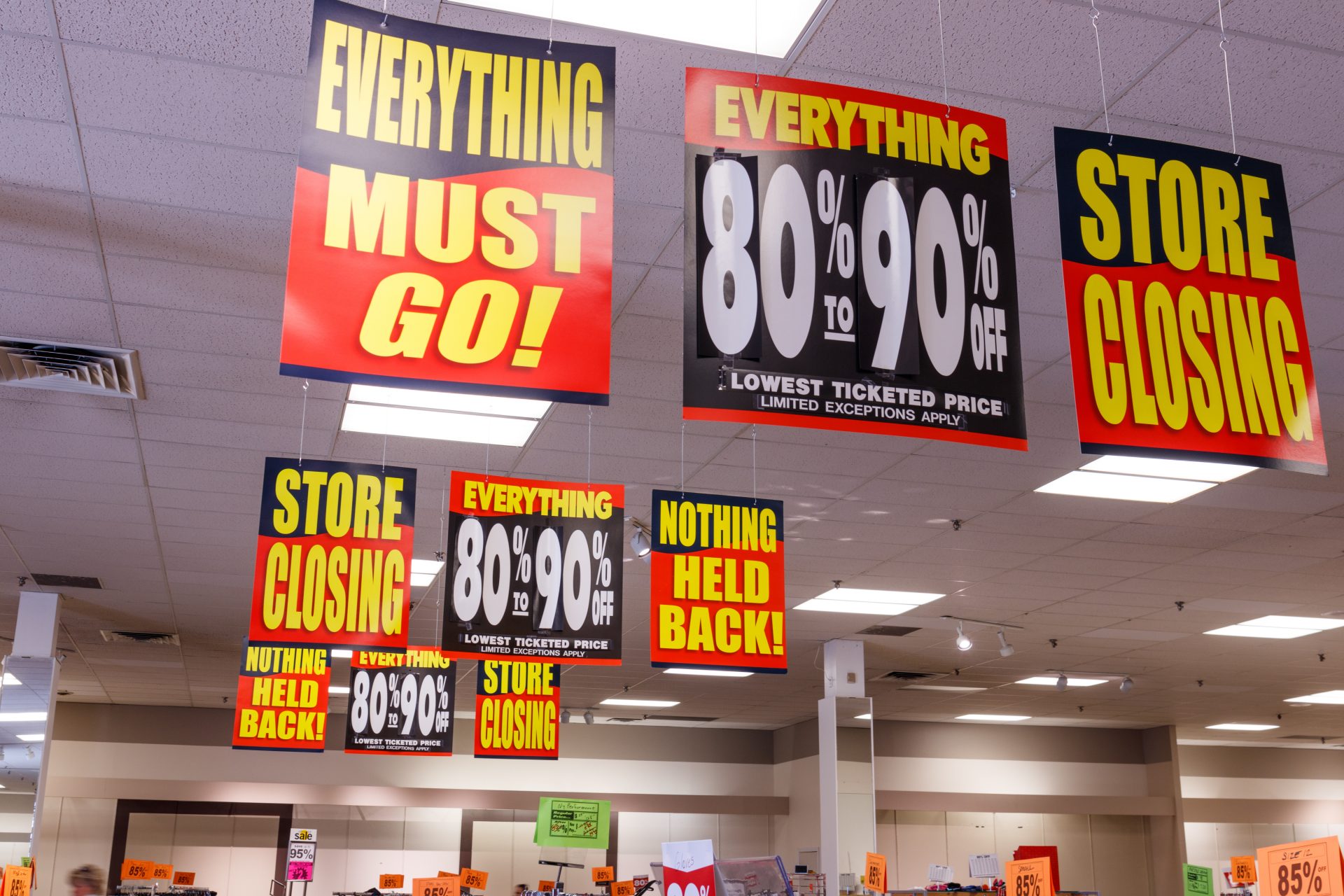 We are vehemently opposed to Commercial Rent Control legislation pending before the City Council which will do nothing to solve the underlying issues behind storefront vacancies and instead would have a catastrophic impact on our local economy.

There are some who are not aware of how far-reaching this bill attempts to stifle the commercial lease market, so I’ll spend a moment on that.

The bill would require that all commercial tenants — so the CVS as well as the flower shop, the architect’s office and the international banking institution — be offered a ten-year lease renewal that can only be changed with the tenant’s approval.

Rents would be set by binding arbitration if the tenant does not agree to the owner’s offer. If the tenant refuses the arbitration offer and the landlord makes a deal with someone else, that same tenant gets to say yay or nay first.

Homeowners, business leaders, affordable housing advocates and others are strongly opposed to this bill.

The bill would severely limit all New York City property owners from making independent decisions about their properties and would adversely impact the finances of the 100,000 New York City households located in co-op buildings. These homeowners rely on revenue generated by their buildings’ retail spaces to help offset maintenance costs and make crucial energy efficiency upgrades to their properties. This bill says they cannot be trusted to make their own business and quality of life decisions.

We know that job growth in this city is fueled by new ideas. Yet, this bill will take away the rights of new entrepreneurs in two ways.

First, by requiring that existing businesses have the right to remain in place, regardless of business idea or financial viability or neighborhood need, takes spaces offline for other users. Secondly, the bill increases the risk in signing a new tenant. The misperception that our members hold out for the chain tenant will become a self-fulfilling prophesy.

If our members know that they will be locked into a lease agreement in perpetuity, they will wait for someone whose idea is proven, and can pay, and will not be a nuisance to their residential tenants. In the interim, more storefronts will remain or become vacant.

Even if the bill was more limited in scope to target the small, neighborhood businesses proponents say they want to help, the bill would not address some of the greatest challenges facing these proprietors in the city today.

Since a hearing was last held on this bill, the minimum wage has gone up 31 percent and the water and sewer rate has gone up 89 percent. In the last 10 years the actual assessed value on retail stores citywide has increased 77 percent.

New York has taxed commercial properties at eight times the rate it applies to homeowners where other big cities average 1.7 times.

Assessed value of retail properties has only increased over time and has increased at a higher rate than properties without retail square footage. And that’s why there is NO incentive to property owners to keep these spaces vacant. The assessed value is not adjusted downward every time a store leaves. New York State Senator Brad Hoylman’s 2017 report, “Its Bleaker on Bleecker,” even cites this blatant falsehood as “pervasive misinformation.”

In addition, small, independent store owners absorb the cost of paid sick leave and of the bureaucracy in getting approvals. For instance, storefront approvals in historic districts take on average six months for necessary business changes as mundane as new signage. The Health Department has increased fine revenues 40 percent and the City’s latest budget projects collecting nearly $900 million in fines and fees this year — $110 million increase from the previous year.

If you wanted to open a restaurant today, which has 60 percent chance of failure in the first year, you would need:
• Gas authorization from the Department of Buildings;
• Food Service Establishment Permit;
• Sales Tax Vendor Registration;
• Alcohol Dealer Registration;
• Canopy Permit;
• Workers’ Compensation Insurance; and
• Disability Insurance.

Before you can open, you would also need pre-operational inspections from DOH and FDNY, amongst others. And those inspections continue through the life of your business.

If you want to sell liquor you need a license for that too, and woe to you if you have the misfortune of going to Manhattan Community Board 2 where they will deny you outright or demand 10 different ways to hell for you to open.

Additionally, if you were a different use from the prior tenant, you would also need a change in the Certificate of Occupancy.

Here’s what else you would need: to be well versed with the rules of the New York State Department of Agriculture and Markets rules if storing produce, Department of Environmental Protection rules for grease interceptors and the air and noise code, portable fire extinguisher requirements from the Fire Department, and resuscitation equipment rules from the Department of Health and Mental Hygiene.

Finally, you would need to have familiarity with local laws to ensure that the required posters and signs such as minimum wage and sexual harassment, trans fat, and the smoke free act were posted in a visible location.

Legal concerns remain. The New York City Bar Association recently reported the Council has no legal authority to pass this bill. If we put that issue aside though, this bill still would not address some of the greatest challenges facing small businesses in New York City.

Our own research shows that restrictive zoning and other regulatory requirements lead to higher retail vacancy rates. Commercial Rent Control ignores market conditions and would hurt the economy.

We hope any legislation put forward by the City Council will be legal, based upon data and not anecdotes.

We hope the Council will pass legislation that will create jobs for small businesses rather than perpetuate the endless government regulations and laws that are an ever-increasing burden on small businesses.

There is no silver bullet to solving local, long-serving neighborhood businesses’ woes. Flexibility is the greatest help we can give small businesses.

Failure rates have been consistent for decades — the average retail business survives less than 14 years — because there is always a new challenge. This decade the big disruptor is ecommerce, with a 50 percent increase in the online share of the retail sales market since 2013. The last decade it was big box. Nearly 20 years ago it was 9/11, and before that, suburban flight and urban blight.

We remember what real blight is, and what we see today, while disconcerting, is not it.

This bill will kill jobs, kill ingenuity and ensure the homogenization of retail in the City of New York. It was deeply flawed 30 years ago, and it is deeply flawed today. The only survival the bill ensures is of continued vacancies.

The City Council should focus on initiatives that allow businesses to adapt to the pressures of ecommerce and the challenges of tomorrow.

We should spend more time discussing the myriad of permits one needs to open a business in the city instead of talking about a 30-year-old bad piece of legislation.

The city should pursue a collection of financial and technical assistance programs and seek to ease
government regulation, based on standardized data. We need to get the policy right, so let’s start by taking the time to do a citywide vacancy survey.

In Other REBNY News:
Don’t Miss Residential Real Estate’s Biggest Night of the Year: #RESDOY18 Our 30th Anniversary Residential Deal of the Year Charity and Awards Gala is right around the corner. Celebrate the industry’s best and brightest dealmakers and enjoy cocktails with dinner and dancing while networking and dealmaking at The Plaza on Tuesday, October 30 from 6:00 to 10:30 p.m.
This year’s raffle prizes include a four night stay at Ace Hotel in London with a Delta Air Certificate, a $400 lunch at Michael’s, and two tickets to The Rockettes with backstage passes, among many others. Proceeds from our Thirty on the 30th will benefit REBNY Residential Brokerage members who are experiencing a financial crisis or hardship through our Member in Need Fund.
Buy your table/tickets and learn about available sponsorship opportunities at go.rebny.com/RESDOY18.