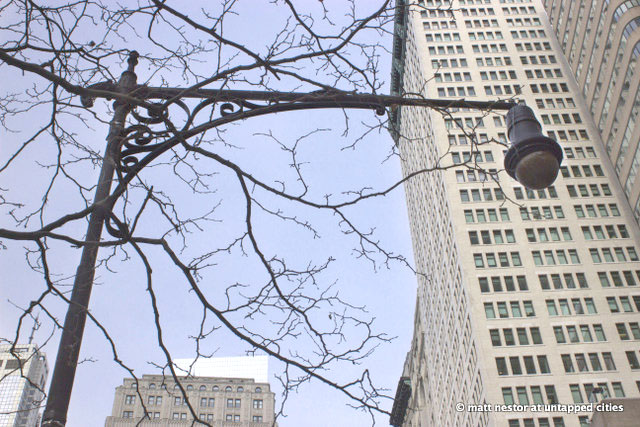 The first-in-nation plan provides a roadmap to universal broadband and steps the City will take to close the digital divide.

Mayor Bill de Blasio and Chief Technology Officer John Paul Farmer said the plan charts a path for internet providers in the private sector to work in partnership with the City to address gaps in the market, close the digital divide and deliver universal broadband to all New Yorkers.

The City will work with service providers and expand its role across all broadband components by co-ordinating among permitting entities, optimizing City real estate like rooftops and lightpoles, and building fiber optic lines to connect City assets.

The City will initiate the plan by issuing a Universal Solicitation for Broadband (USB) to steer the relationship between the City and the private sector toward universal service with a focus on covering areas of the City that currently lack connectivity.

“Every New Yorker deserves easy, affordable access to the internet,” said Mayor Bill de Blasio. “With the Internet Master Plan, we are giving notice to corporations that the days of creating a digital divide in our city are over. Providing equitable broadband service to all New Yorkers regardless of where they live or how much they make is vital to ensuring everyone has the basic tools they need to succeed.”

Currently, 46 percent of New York City households living in poverty do not have broadband in the home. The Bronx has the highest percentage of residents without home broadband at almost 38 percent.

The digital divide in New York is considered a barrier to economic opportunity for residents and small businesses and a threat to long-term economic growth in the City.

Based on the City’s analysis of the economic impact of universal broadband, getting all New Yorkers connected and establishing equitable infrastructure citywide may result in up to 165,000 new jobs, a $49 billion increase in personal income, and $142 billion in incremental Gross City Product in 2045.

“Internet access is no longer optional for families to

“We look forward to working with our agency partners and other stakeholders to help connect New Yorkers and build a fairer city for all as we help clarify policies for telecoms on approving the installation of wireless equipment.”

“Our light poles will be crucial to the effort, as they are an electrical source found along almost every street in all five boroughs. We look forward to having those poles play a new and creative role in bringing high-speed internet to communities that need it.”

Gigi Sohn, Distinguished Fellow, Georgetown Law Institute for Technology Law & Policy and Benton Senior Fellow and Public Advocate, commented, “The federal government has failed to meet the broadband needs of tens of millions of Americans. It is therefore incumbent upon states, cities and municipalities to step up where the federal government has stood down.

“The Internet Master Plan will be a vital resource for cities big and small so that they too can ensure that their residents have the connectivity needed to participate fully in our economy, our society and our democracy.”