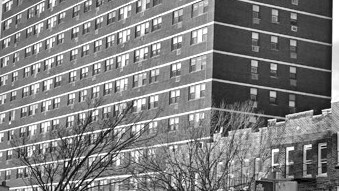 The five New York City Retirement Systems announced that they will invest $150 million in pension capital in the AFL-CIO Housing Investment Trust (HIT).

The HIT is also announcing a new $1 billion strategy to build and sustain affordable housing in the five Boroughs using all union labor.

New York’s investment is part of their Economically Targeted Investments (ETI) program that generates risk-adjusted market rates-of-returns while promoting economic development within the five Boroughs.  ETIs are designed to address market inefficiencies by providing capital or liquidity to under-served communities and populations across the City.

“When it comes to promoting affordable housing and generating new jobs in our City, Economically Targeted Investments are a crucially-important tool,” said New York City Comptroller Scott M. Stringer, who is a trustee and investment advisor to the five pension systems, adding that working with the HIT is “a fiscally smart marriage of resources and housing policy. I’m pleased that the New York City Pension Funds will play a pivotal role in this effort.”

Comptroller Stringer said the HIT’s investment strategies have demonstrated that affordable housing can be created, while generating safe returns on pension investments.

“That’s why I’m happy to continue the New York City Pension Funds’ long and proud history with the HIT by contributing an additional $150 million to the AFL-CIO’s Housing Investment Trust – as part of their commitment to invest $1 billion in New York’s affordable, union-built housing over the next seven years,” he said.

Stephen Coyle, the HIT’s CEO, said the investment from the five New York City Pension Systems will help create and sustain 20,000 affordable housing units that are badly needed in NYC.

“The HIT has invested union and public pension funds to provide market returns, while increasing the supply of affordable housing and creating union jobs in municipalities across the country,” he said. “This investment will help us continue our substantial work in NYC.”

Specifically, the HIT unveiled a new phase of its New York City Investment Strategy that over the next seven years will preserve the affordability of 12,500 to 15,000 housing units and construct 5,000 to 7,500 new housing units.

The HIT will also work with city and state agencies to finance and improve affordable public housing. When the Strategy is completed, the HIT will have financed more than 50,000 affordable units in the City.

The HIT’s $1 billion new commitment should result in $2.6 billion in total economic benefit to New York City, 14,700 total jobs across industries, 7,300 union construction jobs, and $1.0 billion in personal income, including wages and benefits.

The strategy was developed after discussions with stakeholders in New York City, including Comptroller Stringer’s staff, developers, labor leaders, government officials, community groups, and other organizations.

The strategy includes:
• Preserving 12,500 to 15,000 housing units. Mitchell-Lama and Limited Dividend projects were built between 1928 and 1978. Of the 149,000 units originally built, it is estimated that 40,000 units have opted out of these affordable housing programs and 77,000 units are potentially eligible to opt out. Many of the units in this inventory would benefit from repair and refinance.
The HIT plans to begin implementing its preservation work this fall with a goal of preserving between 12,500 and 15,000 affordable homes over the next five years. The HIT will target between $300 million and $400 million for preservation projects.
• Financing the new construction of 5,000 to 7,500 housing units. The HIT plans to enter into a partnership with the United Clergy Task Force, a nonprofit organization founded to assist local houses of faith in developing their communities through the building of sanctuaries, schools, community centers, care facilities, and low and moderate income housing. A coalition of union labor and development groups, the UCTF has identified seven faith-based institutions and created a pipeline of mixed-use projects.

The focus of these projects is to provide each community with quality housing affordable to working families, modern schools, and public recreation facilities and in a way that maximizes the local economic impact in a sustainable manner.

The projects in this pipeline are in line with New York Mayor Bill de Blasio’s Housing New York Plan, which calls for increased up-zoning in the outer boroughs to accomplish his goal of building 80,000 units of affordable housing over the next ten years.

The HIT will target $400 million for affordable housing construction. It will work to develop a program to finance the New York City Housing Authority modernization work.

NYCHA has received funding from FEMA to repair and protect its properties, severely damaged by Superstorm Sandy in 2012, from additional flood destruction. However, NYCHA needs more capital beyond the FEMA grant to make critical repairs and modernize its 30- to 70-year old buildings.

In addition to working with NYCHA to address the capital needs of its existing housing stock, the HIT is also reviewing the requests for proposals that NYCHA is putting out for use of its land for new affordable housing projects.

The HIT is looking for opportunities to work with local developers to construct new affordable housing on NYCHA land. The HIT will target between $250 million and $400 million for these kinds of investments.

Through September 2015, the HIT has invested nearly $900 million in 43 projects to create or preserve more than 31,000 units of housing, of which 96% are affordable or workforce housing, across all five boroughs of New York City.

The total estimated value of these investments exceeds $5.7 billion. Some 9,600 jobs have been created across industries, including 4,830 union construction jobs.