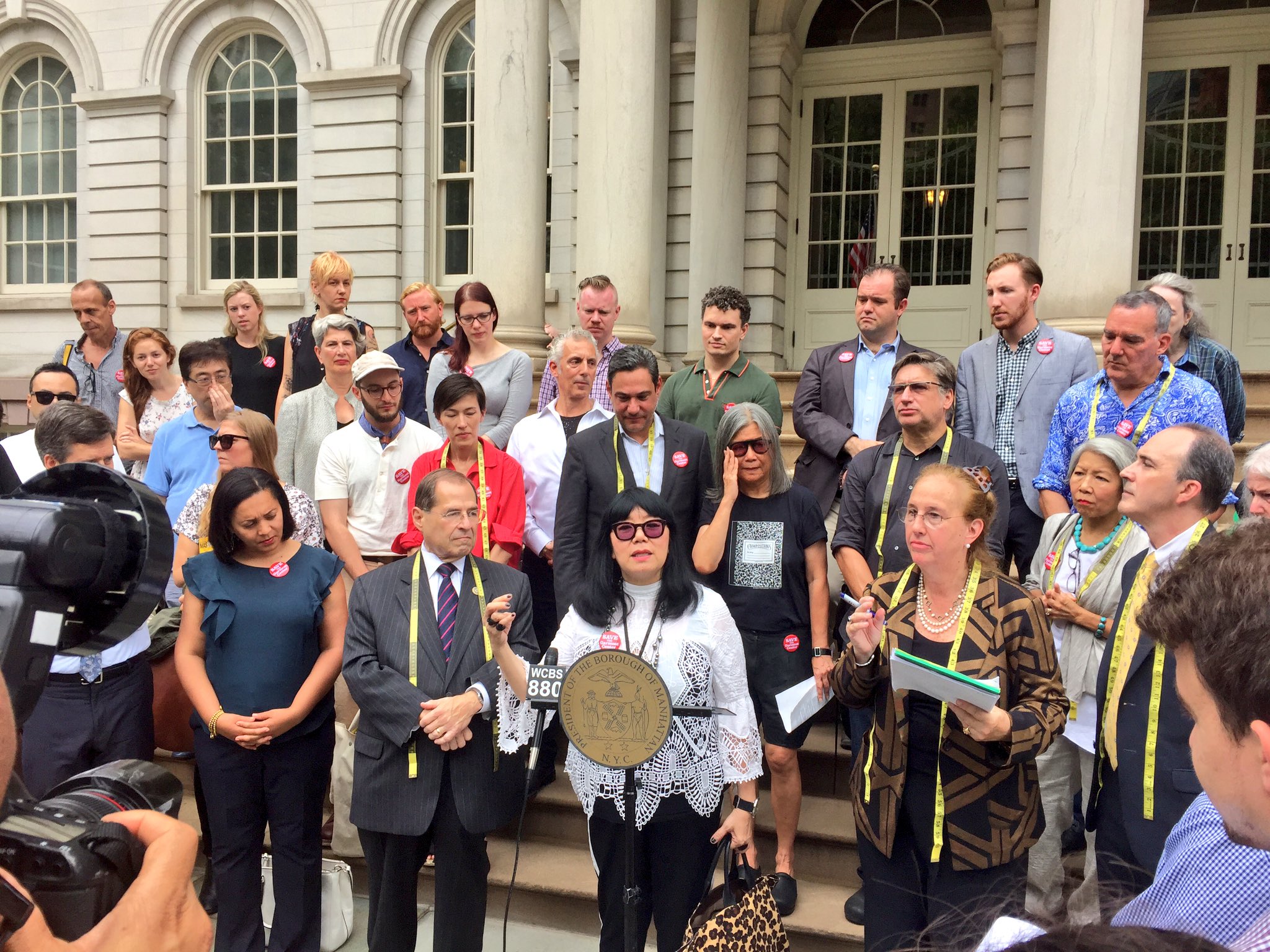 The City Council has delayed voting on rezoning the Garment District after a steering community led by the Manhattan borough president released a series of recommendations that seek to ease protections for the fashion industry without harming it.

A vote was set for August 21, but was pushed back following Manhattan Borough President Gail Brewer and the Garment District Steering Committee release of a report and a set of 13 recommendations last Friday.

This is the second time the rezoning vote has been delayed, the first was in April of this year.

Brewer was joined by top fashion designers like Anna Sui and Nicole Miller and community stakeholders at a press conference on the steps of City Hall August 18th, where the group urged lawmakers to phase in the proposed rezoning in order to protect the industry.

The New York City Economic Development Corporation (EDC) has proposed removing zoning restrictions set in 1987 in the Garment District. Under the rules, owners of side-street properties from 35th to 41st Streets, between Broadway and Ninth Avenues, have restrictions on how they can use their properties.

Owners wishing to convert manufacturing space into office space must adhere to a 1:1 preservation requirement, meaning every new square foot of office space must also preserve a square for for manufacturing use. Under those rules, out of the nine million square feet within the designated zone, 4.5 million s/f must be preserved for apparel manufacturing.
The zoning proposal would lift that restriction, and would affect less than one-third of the Garment District’s total square footage.

Under rules implemented in 1987, owners of side-street properties from 35th to 41st Streets, between Broadway to Ninth Avenues, face usage restrictions. Those wishing to convert manufacturing space into office space must adhere to a “1:1 preservation requirement.”

This means that every new square foot of office space must also preserve a square foot for manufacturing. Thus, about 4.5 million square feet out of nine million in the zone, must be preserved for apparel manufacturing.

The EDC recently announced a $51.3 million plan to help stabilize the city’s garment manufacturing. The package includes investments in technology, business technical assistance and workforce developments. Relocation and expansion support will be available for companies opting to move from the Garment District.

At the peak of employment in the Garment District in the 1950’s, there were 350,000 people employed in the apparel manufacturing industry. Since then, the industry has changed, as many designers choose to produce their clothing overseas.