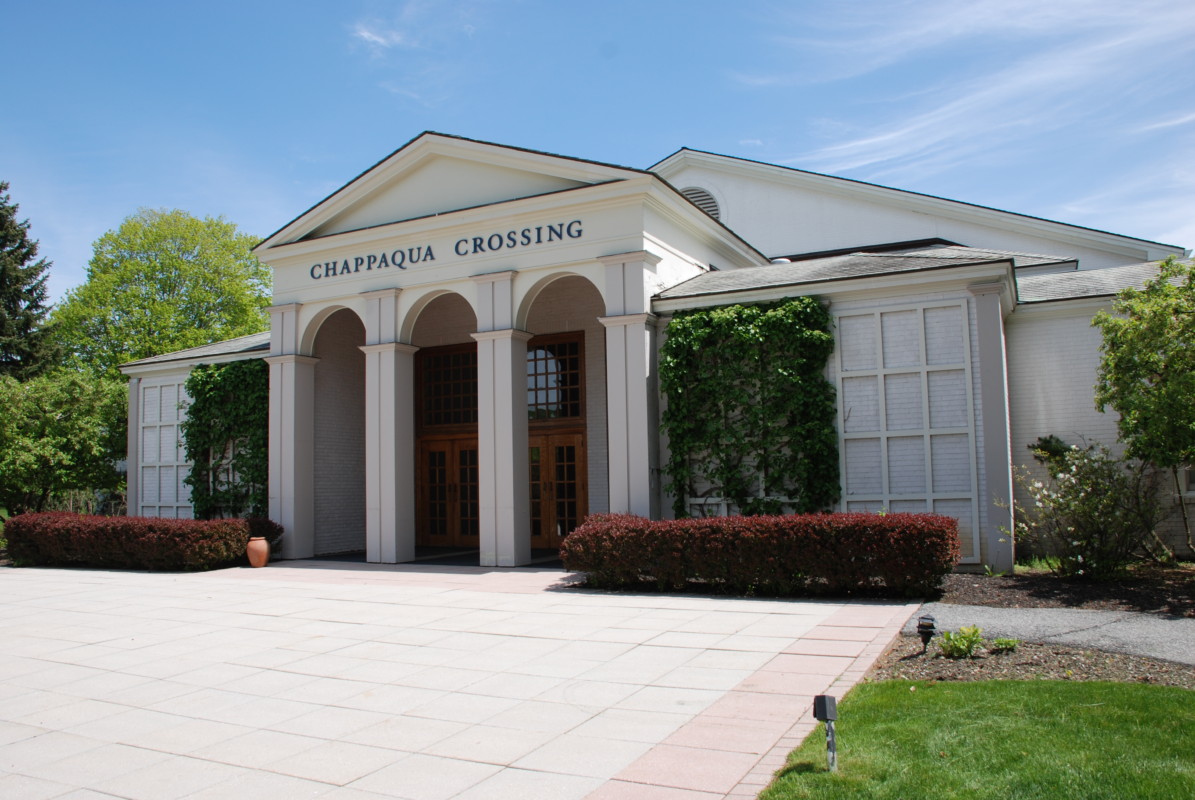 During their lifetimes, Reader’s Digest founders Dewitt and Lila Acheson Wallace were well known for their generosity, not only in dealing with their thousands of employees worldwide, but with their philanthropic endeavors supporting activities close to home and around the globe.

Now, in the spirit of that legacy, the last building they added to the magazineʼs original 114-acre world headquarters in Chappaqua has been gifted to the town by its new owners.

“We are delighted that the auditorium will be preserved and have new life as a community resource and theater for the town,ˮ said Summit Development President Felix Charney, of Summit/Greenfield, a partnership of two local developers which bought the property for $59 million in 2004 as Reader’s Digest began a slide into bankruptcy.

“This will be an appropriate use for the facility and will complement everything we will be doing at Chappaqua Crossing. We are an important component of the town and we want the residents to feel welcome here. We also respect the many community traditions established by the Wallaces and we are pleased to play a part in continuing them.”

The 400 seat Wallace Auditorium is a free-standing building on the hill overlooking the nearly 700,000 s/f office building that the Wallaces first began in 1939 with construction of the signature Cupola Building and added to six times as their thriving publishing business grew.

The 13,000 s/f auditorium was built in 1986 to provide what, at the time, was a state-of-the-art conference facility for corporate meetings and employee gatherings.

Following Summit/Greenfield’s purchase of the campus in 2004, the property became Chappaqua Crossing. Although the Digest remained as a tenant, the Internet age brought changes to the publishing world that would see the Digest shrink its operations and reduce staff until, in 2009, the last workers left Chappaqua.

The new owners, meanwhile, continued the tradition of the Wallaces and Reader’s Digest of making the auditorium (as well as other parts of the property) available at no charge to community groups.

Over the last 10 years it has hosted a variety of community-based functions and events.

ow, with the future development plans for the campus in place, the question of what was to be done with the Wallace Auditorium came to the fore.

It does not figure in the plans of Summit/Greenfield approvals for the property that include the construction of 91 market rate townhomes in the area adjacent to the auditorium, as well as the addition of 120,000 s/f of commercial retail space at the south end of the property, the conversion of the Cupola Building to The Apartments at Chappaqua Crossing and the continued leasing of some 450,000 s/f of former Reader’s Digest office space.

With this in mind, Summit/Greenfield made an offer to donate the auditorium to the town rather than demolish the building. The town accepted.

The Town Board has voted to lease the building for $1 a year through December 31, 2017 at which time it will take title to the property. The town intends to renovate the hall for use as a performing arts center.

New Castle Town Supervisor Robert Greenstein said that the auditorium will be “an incredible asset for the town,” and pointed to the economic and cultural benefits that other performing arts centers had brought to neighboring communities, such as Pleasantville, which is home to the Jacob Burns Film Center.

With the largest paid circulation in the world, Reader’s Digest now has its headquarters in Manhattan.

It is published ten times a year and read in 70 countries, with 49 editions in 21 languages as well as Braille, digital, audio and large print editions.