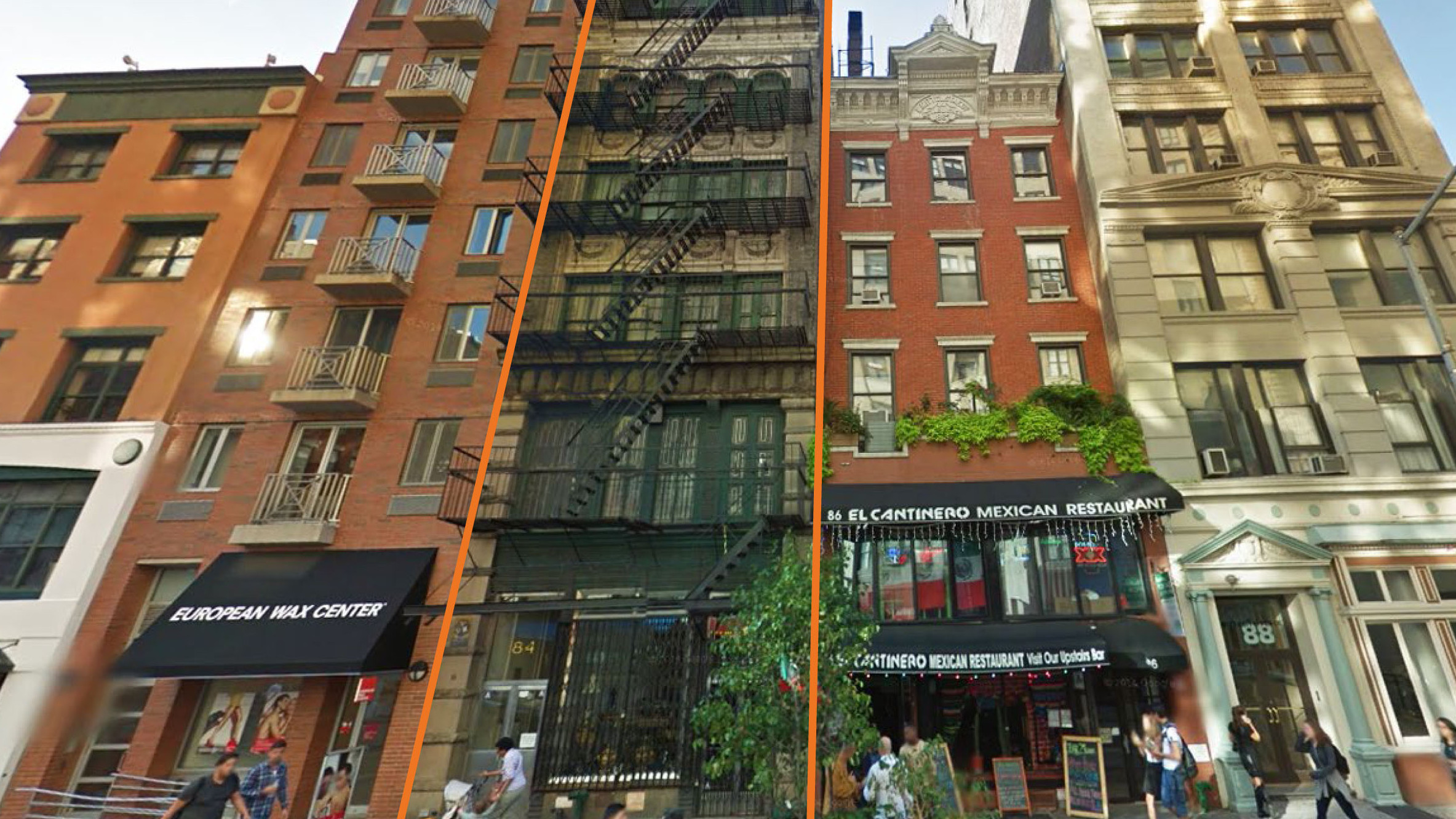 Eastern Consolidated principal Adelaide Polsinelli and Mitchell Goldstick, director, have put a $24.985 million price tag on the building,  which has been owned by the Wachman family for 80 years.

“This property is generating interest from investors interested in renovating and repositioning it as an office building with ground floor retail because there is a lack of office space downtown,” Polsinelli said.

“The Midtown South/Greenwich Village office submarket continues to be one of the most desirable submarkets in Manhattan. Rental rates are averaging over $80 per square foot and vacancy rates remain below 3 percent. Recognizing the seemingly insatiable demand for office space in the immediate area, WeWork plans to take over an entire 80,000 square foot, 10-story building at 88 University Place.”

The 14,897 s/f 84 University Place  has 24 ft. of frontage between East 11th and East 12th Streets on the west side of University Place. The building features ceiling heights of over 13 feet on the ground floor, over 10 feet on the upper floors, and over eight feet high on the lower level. It includes sprinklers throughout and a 1,500 pound capacity elevator that accesses all floors, including the lower level.

Retail both along and just off of University Place is thriving. Joining national retailers such as CVS, Chase Bank, and TD Bank, are trendy restaurants such as Ootoya, Amorino Gelato, Taboonette, Nix, Gotham,The Grey Dog, Spice, Cork Buzz Wine Studio, and Shuko.

One block up from the property, the former Bowlmor Lanes was demolished and will be replaced by a 23-story residential tower with 13,000s/fof retail developed by William Macklowe and designed by Annabelle Selldorf.

The sale prices for the condominiums range from $2.4 million to $16 million, which equates to over $3,300 per square foot in many instances. Adjacent to this project is a boutique seven-story, six- unit luxury condominium development. Other notable developments right off of University Place include 12 East 13th Street, 17 East 12th Street, and 37 East 12th Street.

84 University Place will be delivered vacant as Charles Cheriff Galleries is moving to another location.

The antique shop, whose clientele include celebrities , kings, sultans, oligarchs, and titans of industry, was founded by Charles Cheriff Wachman, who opened the gallery at 84 University Place in 1924. Murray Wachman took over from his father and grew the business for his sons, Stephen and Alan. They now operate the gallery along with Alan’s son Jonathan.