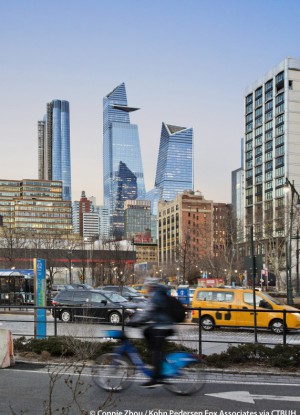 For the first time ever, cash-rich tech companies are leasing more of Manhattan’s priciest office space than any other sector.

In its latest Hedge Fund Report, JLL found that 60 percent of all leases for Manhattan office space priced over $100 psf in 2019 were TAMI firms.

According to the report, 145 deals involving tenants able and willing to pay over $100 psf for trophy offices were signed last year compared to 138 in 2018 and 102 the year before. Some 64 percent were new leases, while the rest were for renewals or expansions.

Nearly half the deals inked (49 percent) took place in Hudson Yards and the far West Side with 4.3 million of s/f of leasing. Just a year earlier, there were just 252,787 s/f of space leased in the area. Additionally, a new submarket, Hudson Square, has emerged to take 15 percent of Manhattan’s $100+ psf leases.

The report also found that in addition to the number of high-end deals, the overall volume of leasing for this kind of space soared by 48 percent, as more companies looked to establish new headquarters.

The $100+ space was limited to 64 buildings, but this is also more than in 2018, when there were 56 buildings at that rent level. Buildings that entered this zone for the first time were Midtown South’s 295 Lafayette Street, 817 Broadway, 620 Avenue of the Americas, St. John’s Terminal and 2 Crosby Street. In Midtown, there was 66 Hudson Boulevard/Spiral and Morgan North.

The buildings able to charge the highest prices were new development and re-positioned properties.

In 2019, the volume of new and redeveloped space leased exceeded 6.3 million s/f, a significant jump from the $1 million s/f of the same type of space leased in 2018. Sixty-eight percent of new construction leases were in Hudson Yards or Manhattan West.

The building that charged the highest recorded rent was One Vanderbilt at $185 psf.