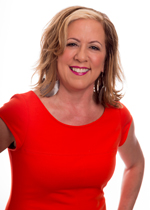 Can price beat out the stigma of moving to Joysey?

Quick and painless access to 57th & Lex, Union Square, and Wall Street is one of the most valuable commodities on the planet.

You don’t need to be a broker to know that if you can hop, skip, or jump to Central Park from your doorstep, you’ve got a handsome asset in your back pocket.

But there is only so much room on Manhattan, and only so many bank accounts that can sustain the impact of the rising demand and dwindling supply.

The reversal of urban sprawl has left the city’s outer boroughs teeming with gentrified neighborhoods and satisfied tenants.

But what of Sinatra’s side of the Hudson?

In a recent New York Post article, Douglas Elliman broker Kathleen Perkins suggested that buyers are not interested in the Garden State piece of the Greater New York pie.

Perkins said that clients are doing “anything to stay in New York City and not move to Jersey.”

Perkins told Brokers Weekly she wasn’t denigrating the likes of Hoboken and Jersey City, but explained that she has seen clients yearn to be in neighborhoods that would officially be considered “New York.”

“I can’t comment on (the Jersey lifestyle), I’ve never lived there,” said Perkins, but she did label it as perhaps too “surburban” for the classic New Yorker’s needs. “It’s certainly not better or worse. It’s just different.”
The Jersey versus New York argument is all over the Internet.

“Why do we love New Jersey?ˮ asked one Shore supporter on Yelp. “Because we don’t pump gas, but we do pump fists!ˮ

Across the East River, another commentator remarks: “Property taxes are higher; higher is good? Each county has its own unique smell; the Blue law means no shopping for you. Malls, malls, and more malls.ˮ

But what about the Garden State’s star power. It’s got Snookie — but, oh, that’s right, Snookie might hit Seaside Heights in the summer, but she’s a resident of Staten Island.

Eugene Cordano, Halstead Property’s executive director of sales and broker of record in Hoboken, concedes that Jersey has its fair share or detractors, but he respectfully disagreed with Perkins’s assessment.

“I’d actually say it’s better [than New York],” said Cordano. “There’s access to public transportation but the access to Manhattan is quicker than from any of the boroughs. It’s a five minute PATH train ride and a 15-20 minute run to your location. It’s very convenient.

Cordano does agree that perhaps there is a stigma about leaving the Empire State and crossing the Hudson instead of the East River, but he feels its days are numbered.

“In New Jersey, you’re still getting a value for your dollar. We get a tremendous amount of people who are priced out of, say, North Brooklyn. Hoboken is still a value. Valuations in North Brooklyn are $8-900 a foot. In Hoboken, resale condominiums, you can get them for $700 a foot and you’re getting more bang for your buck.”

Real Estate Weekly went to the tale of the tape, to get a brief snapshot of what the Bridge and Tunnel crowd can get for their money.

Using SteetEasy.com listings at US Census commuting data, we found that a one bedroom, 1-bath unit in a new condominium development on the waterfront of Hoboken, NJ, comes in at $770,000. The commute time to midtown is an average of 31.8 minutes.

So the question you have to ask is how much you value your time. Is an hour spent on the subway every day worth an extra $55,000?

Similar properties with slightly longer travel times to Manhattan are available for under $400,000 in Jersey City.
A one bedroom, 1-bath in Queens, sitting 40 minutes from Midtown by train, can cost buyers nearly $400,000.
But it’s not all about the buyers. The global mecca of opportunity harks to young, wide-eyed professionals ranging from coffee clutching assistants netting less than $30,000 to mid-level millennials topping off at $80,000 salaries for the first time in their lives.

Young renters on the Jersey side of the Hudson may not escape the inflated prices that units within the five boroughs carry, but they tend to walk away with more in terms of space, as Cordano said.

A two bedroom apartment with 1.5-baths in midtown Hoboken can be rented for $2,200 total a month and will offer tenants a 20 minute door-to-door trip to Herald Square.

The same apartment, closer to the Hoboken PATH station could run a couple hundred more per month. Studios only steps from the terminal hit the $2,000 mark.

Jersey residents looking for a similar commute length but even more value can look to Jersey City, where rents tend to skew lower as the area develops, especially around Journal Square.

Equal units for rent within the outer boroughs can easily exceed the Jersey counterparts, although there are certainly deals to be found on both sides.

Jacqueline Urgo, president of The Marketing Directors and a veteran of marketing properties throughout the tri-state, just announced that half of the Edgewater, NJ, rental complex her firm began renting in the second quarter is already full.

She said the leasing rate is “a testament to the excitement that surrounds this new Edgewater community and the momentum is only expected to increase as we head into the Fall.ˮ

And she added, “As New Jersey’s Gold Coast evolves into a luxury lifestyle destination, more and more New Yorkers and suburbanites are looking to the Hudson County waterfront than ever before.”

The Infinity building at 340 Old River Road was developed by Clal Insurance and Waterton Associates to cater to a growing number of renters looking for luxury living at a price they can afford.

Tamir Kazaz, CEO of Clal US, said, “The strength of leasing and immense interest in Infinity further proves that Edgewater is a place where more and more people want to live.”

Back in Brooklyn, Halstead Property Development Marketing (HPDM) – which represents over 60 percent of all Brooklyn new condominium units in developments that have active or submitted offering plans — said the neighborhood isn’t hurting for buyers either.

“Demand is far exceeding supply for condominiums in Brooklyn – and having well known architects and interior designers involved increases interest and traffic dramatically,” said William Ross, director of development marketing of HPDM. “Every project we open has a waiting list with multiple buyers for each apartment in every distinct neighborhood.”

HPDM recently sold-out five boutique buildings in Brooklyn: 473 Clinton in the Clinton Hill Historic District; 364 Union in Carroll Gardens; and 268-270 St. Marks Avenue, 731 Dean Street and 650 Bergen Street in Prospect Heights. All buildings sold out in less than three months at above their asking prices.

HPDM also has a strong market share of rental developments in Brooklyn. Current and soon to launch Brooklyn rental buildings including: Kestrel/33 Caton Place in Windsor Terrace; 500 Sterling in Prospect Heights; and 177 Front Street in DUMBO.

With prices among the highest in the nation, there is no doubt that the Jersey side of Manhattan and the outer boroughs require a significant financial commitment and a commute to New York’s epicenter.

Is living in Jersey not the same as living in a borough? That’s up to the individual.

But it is hard to argue that New Jersey offers those setting up camp on the periphery of Manhattan less than a Queens or Brooklyn neighborhood.

The Mall at Bay Plaza Officially Opens to the Public Today