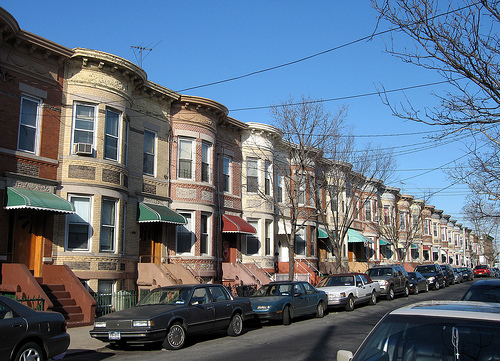 The exodus east for Brooklynites searching for cheaper rent has now reached Queens.

A recent third quarter report from Massey Knakal Realty Services showed that buzzy Bushwick’s next-door neighbor, Ridgewood, has exploded in the number of properties sold in the past four years — a meteoric 718 percent rise in building sales since 2010.

And this April, the New York Daily News ran a piece about Ridgewood being ‘the next big thing’ for creative types being priced out of well-established artsy neighborhoods like Williamsburg and Greenpoint.

The push east is something Jonathan Miller of Miller Samuel Appraisers recently coined “neighborhood creep,” an occurrence which he previously told Broker’s Weekly is not specific to Brooklyn.

“It’s a phenomenon across the city — this quest for affordability in the sales and rental market, we’re seeing core markets that are the most expensive rising to the point where buyers are seeking out affordability and spreading out,” he said.

Cono Natale, a real estate salesperson at Citi Habitats, represents buyers and sellers in Ridgewood, and has been in the area for 25 years. He now lives in nearby Middle Village.

“Right now, Bushwick is exploding, and Ridgewood is in the middle of an explosion,” said Natale. “It will be interesting to see where else it will be.”

Ridgewood, a mostly working-class neighborhood lined with row houses, is around two square miles. The L and the M trains run through the neighborhood.

“The market is very, very, very, tight,” said Natale. He described a current client he is working with who has a budget that tops out at $800,000. The client put in a bid on a property a couple weeks ago that started at $725,000, and went into a bidding war that he lost.

“They were devastated and shocked at how fast and vicious the bidding war was,” Natale said. “Especially on the western side of Ridgewood, closer to Bushwick.”

That’s the area that Natale says is the most desirable — the area closest to the sought-after L train line. Forest Avenue, one of the main thoroughfares, cuts right through the middle of Ridgewood, separating in half – East side and West side. The M train is on the east side, the L train on the west side.

“Anything close to Bushwick near the L train is very desirable,” he said. “In the last couple months, everything that came to market went really fast and over the asking price.”

However, the housing stock is very limited. Real estate listing site Streeteasy currently shows 58 rental listings for Ridgewood, with a median price of $2,199.

On the sales side, there are just 12 current listings, with a median sales price of $910,000. Those include two and three-family homes and townhouses. A seven-bedroom townhouse is listed by Douglas Elliman agents Martha Zafra and Helen Tzelios for $825,000 at 55-27 Metropolitan Avenue. The two-unit, two-story home includes garage parking.

“If you’re on the L train line — that’s the desired area, which is going to be interesting, because we’re running out of L train stops,” said Natale.

He described neighborhoods east of Ridgewood as tight-knit, Eastern European families that are “not looking to move.”

“It’s very questionable which neighborhoods will be next (to gentrify),” he said.

In June, Queens borough president Melinda Katz approved a plan to rezone a portion of Ridgewood from manufacturing to residential.

At a Community Board 5 meeting in May, 28 members voted in favor of the plan, which calls for a rezoning of Woodward and Onderdonk avenues, as well as Troutman and Starr streets.

Natale is seeing rental prices for one bedroom apartments — many of which are railroad-style in Ridgewood — going from $1,200 to $1,400, while two-bedrooms average around $1,800. Recently renovated apartments he has seen go up to $2,100.

As for sales prices, in the area with the most demand, the western side, Natale has seen prices go as high as $2 million — but for multi-family and three-family homes. Further east, he has seen three-family homes go for between $800,000 to $900,000.

Natale has seen two owners pull their properties off the market after getting so many offers, they thought the properties were underpriced and wanted to put them back on the market with a higher price.

“I’ve bought and sold in this area, my family has been here for many years,” said Natale, who has worked in the area for the past five to ten years. “The change (in pricing) has happened very recently, in the last year to year and a half.”
New development is scarce in the area, due to the fact that Ridgewood doesn’t have much commercial activity like East Williamsburg and Bushwick.

“There’s basically row houses and houses that have been here for more than 100 years. It wasn’t ever an area with much commercial,” said Natale.

He cited a new development project in the works off Metropolitan Avenue and Fresh Pond Road, which will be a residential building, and a couple of small condo buildings that went up in the last few years.

“In the residential market, everything is going for over asking price right now,” said Natale.

He knows one seller who had four bids on their property recently, all over asking price, and they still decided to do another open house.

Patience pays off for Lindauer