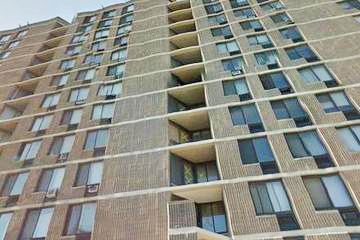 Brookfield Property Partners and Urban American Management announced a series of energy efficient and environmentally friendly upgrades for the Harlem Putnam Portfolio buildings that will decrease energy usage and costs, and provide increased comfort for tenants.

The sustainability investment covers a series of building upgrades including brand new appliances for all apartments and three new cogeneration systems, combined heat and power generators that are highly efficient but rarely used for individual residential buildings.

The improvements are expected to reduce emissions by up to 29% and generate $4 million in annual energy savings.

“Urban American is excited to roll out this new energy efficiency program across our buildings in Harlem, and especially the cogeneration facilities. Our Roosevelt Island property, Roosevelt Landings, has seen $1.7 million in energy savings and $750,000 in on site power savings produced by cogeneration since we installed a similar system in 2014. It’s great for the environment, and creates a more comfortable living environment for our residents,” said Joshua Eisenberg, Executive Vice President at Urban American.

It could allow for up to 3,920 metric tons in reduced greenhouse gas emissions from retrofits and additional reductions through the use of cogeneration plants.

By using one unified system for generating heat, power and cooling, excess heat and energy is able to be harnessed and reused. This cuts down on the high cost of energy in NYC, benefiting the environment, and resulting in lower utility costs for tenants.

The use of cogeneration systems also allows residents access to electricity in the event of brown-outs and black-outs in the city.

How to REAP rewards in cut-throat industry