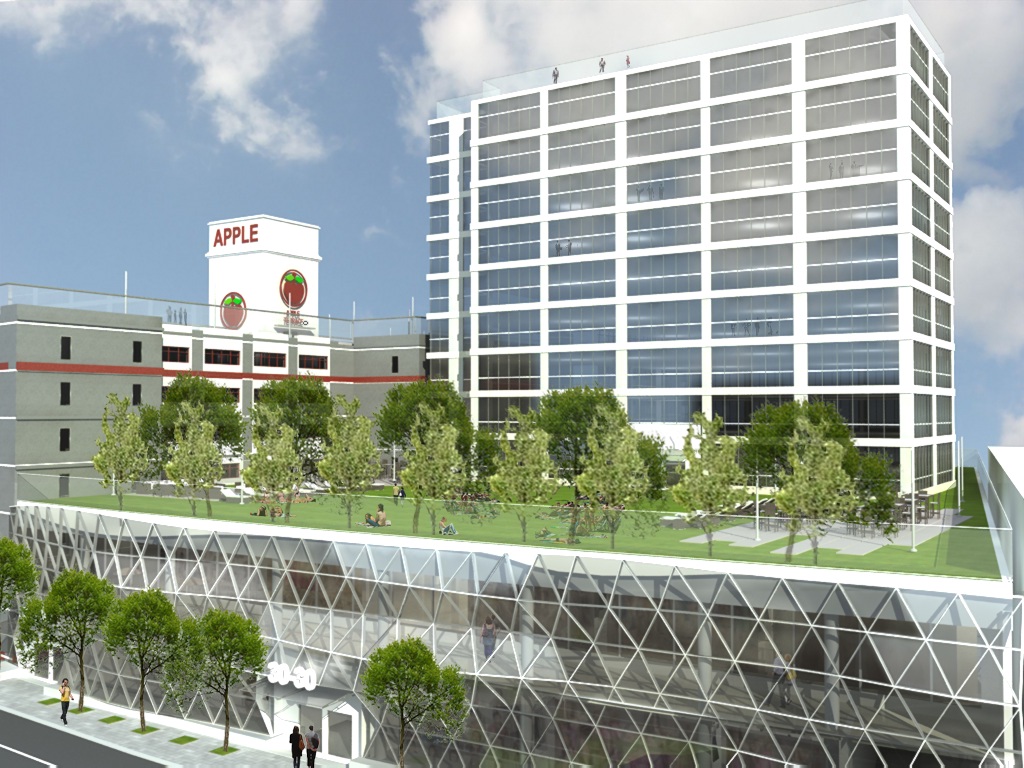 Baker, along with Winick brokers Aaron S. Fishbein and Jeremy Schwartz, is exclusively marketing the space he calls “a game changer” for the neighborhopod.

Combined, the two buildings will house approximately 3,000 employees and an anticipated 1,000 people in additional ancillary foot traffic thanks to the buildings’ proximity to the Queens Plaza and its abundant transportation options.

“This is a perfect opportunity for a big box retailer to make their presence known in Long Island City,” said Baker, who leased Long Island City waterfront retail on behalf of TF Cornerstone.

“We are pleased to be part of this incredible project that will help reshape the Long Island City retail landscape as we know it.”

“Long Island City has everything from three million square feet of Class A office in the immediate area to 10,000 high rise luxury residential units and now the largest hotel brands in the world, including the Hilton, Marriot and Crowne Plaza,” added Fishbein.

“Long Island City needs real retail to service the many growing elements of the neighborhood, and we are bringing the necessary amenities.”

Baker, Fishbein and Schwartz are seeking tenants of all use groups, including restaurants and lounges that could make use of multiple available rooftop spaces.