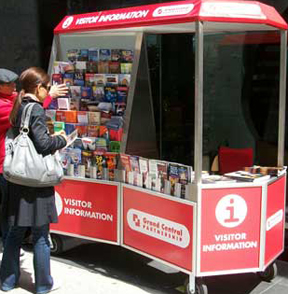 Success has many fathers, but failure is an orphan. There are many people who deserve credit for New York City’s comeback from the brink of bankruptcy and high crime rates.

In addition to the outstanding work that our elected officials, city workers, and community leaders do to keep the wheels of our city turning, the business community’s decision to invest in Business Improvement Districts (BIDs) has played an important role in improving life in New York City year after year.

Thanks to the vision and determination of its first chair and REBNY member Peter Malkin, for over 25 years the Grand Central Partnership has made an enormous difference in the lives of countless New Yorkers and visitors in the business improvement district surrounding Grand Central Terminal.

In the mid-1980’s, the Grand Central neighborhood was a very different place than it is today. First created as a voluntary entity by community stakeholders and later incorporated into a BID, GCP has led an exhaustive effort has enhance the quality of life in a 70 square block area of midtown Manhattan.

Today and every day of the year, Grand Central Partnership delivers a variety of supplemental public safety and sanitation services, maintains a horticultural program that rivals many city parks, and maintains a large inventory of state of the art streetscape elements including its signature streetlight poles, illuminated street signs and multi-rack newspaper units.

For the past fifteen years, president/CEO Fred Cerullo and chairman Peter Kalikow have ably spearheaded GCP’s mission to improve the quality of life in the Grand Central neighborhood, and I have been very proud to serve as an officer of the Corporation.

Among the projects that the GCP has undertaken that has yielded one of the most visible results is the illumination of iconic façade of Grand Central Terminal.

Financed by GCP with an Urban Development Corporation grant, stadium lights were first installed in 1990 in properties across the street from the terminal to shed light on the landmark transportation hub from sunset until the end of its business day.

As lighting technology improved dramatically, many of these stadium lights were recently replaced with LED lights, which not only saved 80 percent in energy consumption, but reduced the cost of powering the lighting fixtures by 75 percent.

The replacement process of these stadium lights was initiated during the Terminal’s centennial celebration and will be completed later this year.

The illumination project is just one example of the many things the GCP does to preserve, protect, and promote the iconic image of Grand Central and only one of the many BIDs that work so hard to keep New York in its position as the center of world commerce, culture, media, and finance.

We all owe the GCP and other BIDs our thanks for the work they do to continue making a greater New York.

In other REBNY news:
May 15 is REBNY’s seminar, “The Secrets of Top Brokers and Industry Leaders.” This seminar is free, and for REBNY members only. Register at www.rebny.com, and for more information contact Jay Perez at yperez@rebny.com.
On May 29, REBNY is holding its 11th Annual Commercial Management Leadership Breakfast at the Hilton NY in the Grand Ballroom. Coffee will be served from 7:30 a.m. to 8:30 a.m., and the program will take place from 8:30 a.m. to 10 a.m. For more information contact Cindy Ramotar at cramotar@rebny.com.
June 6 is the Residential Brokerage Division’s Downtown Roundtable, a discussion seminar where participants will spend approximately 20 minutes at a table before moving on to the next subject’s table. Registration is required, and for more information contact Yesenia Perez at yperez@rebny.com.
June 9 is the annual REBNY Spring Golf & Tennis Outing at the North Shore Country Club in Glen Head, a fun-filled day during which attendees will be able to network with each other and have a good time. Golf is $425, tennis is $315 and includes singles and doubles brunch, all-day is $225, dinner-only is $150, and a swimming pool is available to all. Each package includes cocktails and dinner, and sponsorships are available. For more information, contact Kathleen Gibbs at 212-616-5246, or kgibbs@rebny.com.
June 10 is the Real Estate Weekly Young Leaders’ Forum at National Bohemian Hall. Join over 350 real estate players for an annual summit highlighting the emerging players in real estate and finance. The forum is from 7:30 a.m. to 5 p.m., and more information can be found at www.rewyoungleadersforum.com.
June 10 is the Residential Brokerage Annual Owner/Manager Luncheon from 11:45 a.m. to 2 p.m at the New York Athletic Club at 180 Central Park South. The event is for REBNY members only and $35 per person, and for more information contact Indi Jaipal at ijaipal@rebny.com.
On June 10, the winners of the Retail Deal of the Year 2013 Awards will be announced at a cocktail party hosted by the Retail Committee. For more information, contact Jeanne Oliver-Taylor at JTaylor@rebny.com.
June 18 is the Brooklyn Committee’s cocktail event at the Brooklyn Winery from 6 to 9 p.m. For more information, contact Jeanne Oliver-Taylor at JTaylor@rebny.com.