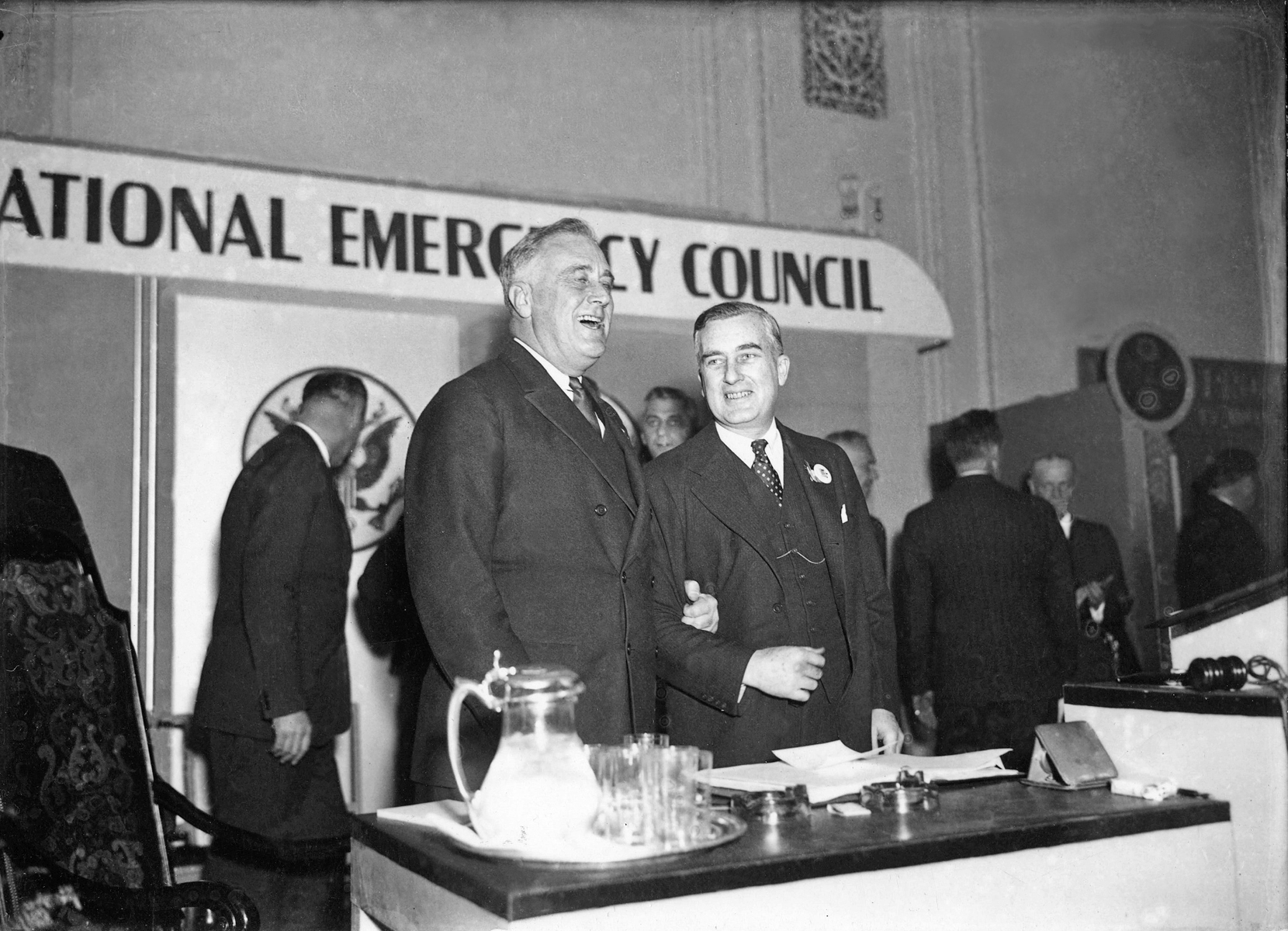 Newark native Thomas N. McCarter, a former New Jersey attorney general and founder of Public Service Corporation of New Jersey (which would become PSE&G), planned the completion and opening of his Robert Treat Hotel to coincide with the City of Newark’s 250th anniversary in 1916.

In fact, the hotel at 50 Park Place served as the main venue for events associated with that
celebration, and its first guests were none other than Woodrow and Edith Wilson.

The president and first lady came to New Jersey to attend the Newark Board of Trade annual dinner, a highlight among the anniversary festivities.

Through the past century, the Best Western Robert Treat Hotel has continued to host high-profile visitors and events.

“Most importantly, however, the hotel has served and continues to serve as a central gathering point for business, political, religious and civic stakeholders,” said Miles Berger, chairman and chief executive officer of The Berger Organization.

“In short, the hotel – named after colonial leader Captain Robert Treat, the city’s founder – from the outset has been an anchor for Newark, through 100 years of change, challenges and progress.”

Following President Wilson, three additional U.S. presidents – including Franklin D. Roosevelt, John F. Kennedy and Jimmy Carter – stayed at the Robert Treat. Albert Einstein attended a dinner in his honor at the hotel in 1933. And Martin Luther King, Jr., while visiting Newark shortly before his death in 1968, also attended a banquet at the Robert Treat.

The Berger Organization purchased the Robert Treat Hotel in 1986. The building’s original lobby, which had been destroyed in a fire, was completely refurbished under Berger’s direction.

That project was followed by nearly $10 million in additional improvements introducing modern convenience and four-star accommodations.

This year, the company is renovating the hotel’s Crystal Room ballroom and guest suites, and updating common areas with new wall coverings and other finishes.

“At the same time, Robert Treat Hotel guests today enjoy the same level of service that defined its inaugural era, when attentive and gracious staff, elegant surroundings, and fine dining were the standards of a grand hotel,” Berger noted.

Berger is quick to point out that, like its home city, the Robert Treat Hotel’s story includes some hard times.

“Newark’s struggles – punctuated by the race riots in 1967 – are well documented,” he said. “During the city’s decline, its business community suffered as well. Still, the Robert Treat Hotel persevered. And as Newark began to rebound in the early 1990s, our property was at the forefront of community-building efforts that fostered that progress.”

Newark again has become a destination of choice for business, recreation and culture, with venues like the New Jersey Performing Arts Center and Prudential Center drawing visitors to the city.

And the Park Place neighborhood has returned to its former glory days with expansion of commercial development around Military Park, according to Berger.

“Prudential’s new 700,000 s/f headquarters is serving as a catalyst,” he said. “The redevelopment of the Hahne & Co. building, now underway, will introduce new residential and retail, including Whole Foods as the anchor tenant. And, of course, the Military Park Partnership’s recent multi-million-dollar renovation of Military Park, located directly across the street from the Robert Treat Hotel, is at the center of it all.”

One hundred years after its opening, the Robert Treat Hotel remains instrumental in helping to grow and revitalize Newark. And the city continues to come together there, whether for celebrating milestones like Mayor Ras Baraka’s inaugural ball in 2014, or for important cultural and societal events, such as Newark’s Annual Holocaust Remembrance, the state’s largest and oldest observance of its kind.

The Berger Organization has been and continues to be at the forefront of these efforts.

The company, itself, is celebrating a Newark milestone in 2016 – it’s 40th year of involvement in the city.

Miles Berger purchased the company’s first property there in 1976. Since then, his deep appreciation for the city’s rich history and personal, unwavering commitment to restoring Newark’s past brilliance has led to concentrated real estate acquisitions, the employment of more than 300 local residents, and ongoing involvement in project and programs that support progress.

The privately owned diversified real estate owner/manager is headquartered at the Robert Treat Center (50 Park Place), which is adjacent to the hotel.

What’s next? The Berger Organization is looking forward to the Robert Treat Hotel being an important backdrop for the City of Newark’s 350th anniversary in 2016.

“This milestone year – for the city, the hotel and our company – will be an excellent time to look back on Newark’s colorful past and ahead to its bright future. We look forward to being part of that.”

Former Fairmount Theater site in the Bronx now on the market