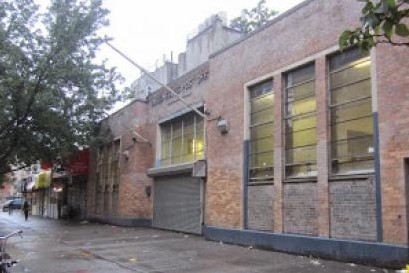 Benenson Capital Partners and Mack Real Estate Group have gone back to the drawing board with a controversial plan to turn a Greenwich Village post office into a 12-story apartment building.

The joint venture partners have resubmitted their plan to the cityʼs Board of Standards and Appeals that now proposes a nine-story building.

However, even before the Board gets a chance to debate the proposal, local conservationists have shot it down.

“There are more holes in this developer’s hardship argument than a slice of Swiss cheese, which is why they are dramatically scaling back their overblown zoning variance request,” fumed Greenwich Village Society for Historic Preservation (GVSHP) executive director Andrew Berman.

“But there is still no case for a hardship here, and therefore no basis for a zoning variance, even the reduced one now requested.”

Benenson — the longtime owner of the property at 432-438 East 14th Street — and Mack RE Group, went to the BSA in January to request a zoning variance to build 12 stories since current zoning only allows for an eight-story structure.

Community residents and the GVSHP argued it would be out of context for the East Village and claimed that the owners’ main reason for variance — higher than expected construction costs due to underground water and soil conditions — did not constitute a unique hardship.

In their revised notice to the BSA, Benenson insists there is a unique condition at 432-438 East 14th Street, suggesting that an adjacent property’s foundation could be acting as a dam, making the site’s water condition even worse.

According to the notice, “Unusually elevated groundwater levels and exceedingly soft and unstable soil (owing to the presence of an underground stream) result in extraordinary construction costs, which make a complying development unfeasible. The Proposed Development on the other hand, would generate sufficient income, to offset the cost of development and provide a reasonable return on investment.”

The owner said that without the variance, the cost of construction would end up being $6 million more than the building ends up being worth upon completion.

The BSA is due to hear the case again March 28.