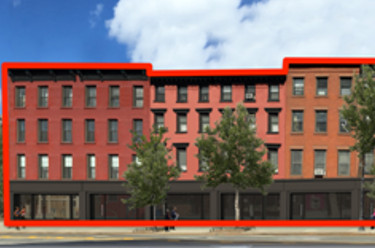 In all, seven mixed-use pre-war buildings are being offered for sale for the first time in 100 years as a result of an agreement between six different owners.

“This is the only retail offering of this size in all of Brooklyn Heights in a prime retail corridor,” said Avi Adiv, who heads the brokerage firm that arranged the offering.

A listing agreement, which all the owners signed, contains a “strike price” of $56 million, at which point the owners are obligated to sell, according to Adiv, who added that the “owners are open to all offers.”

The portfolio includes 59 to 73 Atlantic Avenue, which has a total of 10,000 s/f of retail space. Currently, the property has tenants that include Montero Bar and Grill. The assets also include 19,000 s/f of residential space.

Frank Montero, who owns 69 Atlantic, said, “The biggest hurdle for a listing like this is the ability to bring together six different owners to work together to market the property as a single package.”

“A buyer who invests in these buildings must believe in the future of the Brooklyn Bridge Park and the surrounding development,” Adiv said.

“It is the chance to control one of the most significant sites in all of New York, the future gold coast of Brooklyn, given its proximity to the waterfront and Brooklyn Bridge Park. “Whoever buys this property needs to have a greater vision for the block.”