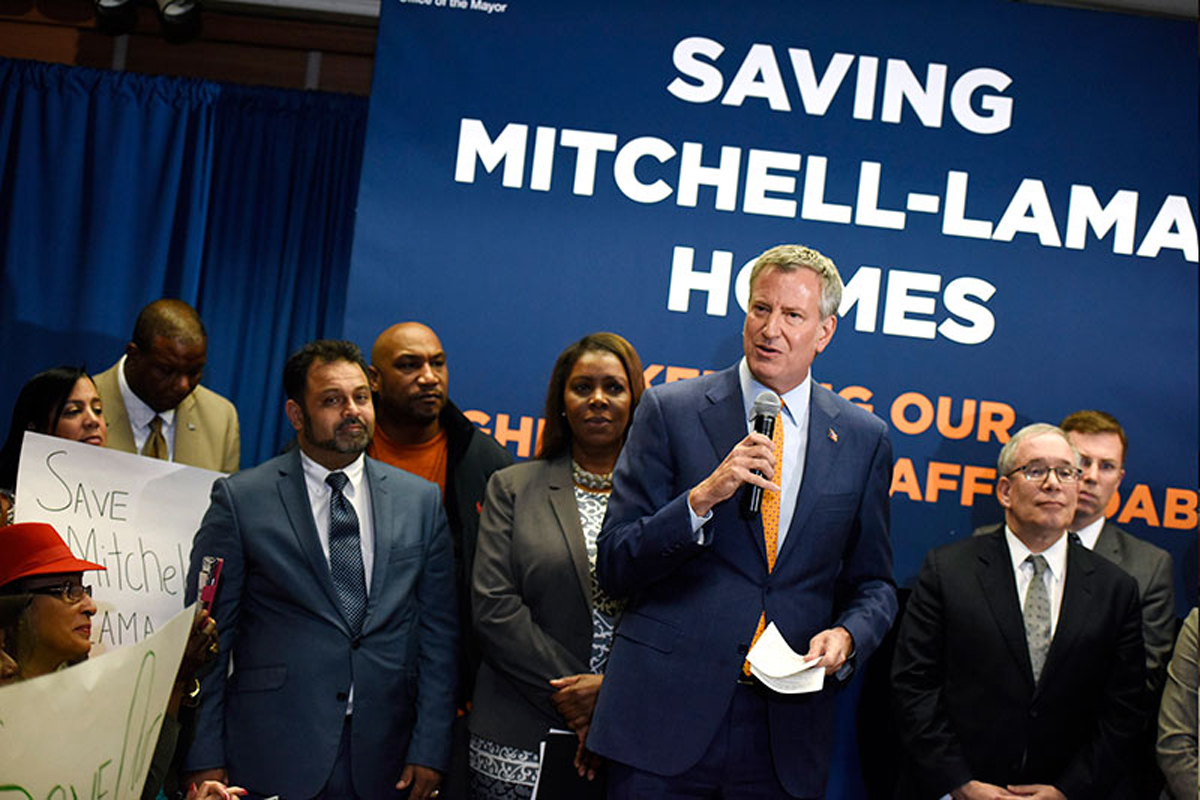 However, not everyone in the industry viewed de Blasio’s first four years in office through the same rose-colored glasses.

Some executives felt the market thrived in spite of city hall and warned that the five boroughs could be in trouble if things don’t change quickly.

Paul Massey, president of New York Investment Sales at Cushman & Wakefield and one-time mayor hopeful, said the mayor’s first priorities should be improving his leadership skills and learning to work with Gov. Andrew Cuomo to get things done.

“The two of them need to work together and the mayor needs to take ownership of that,” Massey said. “The city needs to focus on leadership, it’s something that’s been very, very important to the city and we’ve been lacking it. There will be times very soon where we need it and, hopefully, we’ll get it from him.”

Once considered a favorite to win a spot on the Republican ticket, Massey dropped out of the GOP

primary in late June, citing the high cost of running for office. The first-time politician raised and spent roughly $2 million before bowing out. His party’s eventual nominee, Nicole Malliotakis, went on to finish a distant second in the general election, earning 27.8 percent of the vote to de Blasio’s 66.5 percent.

Massey said he was unsurprised by de Blasio’s comfortable electoral victory but called on the mayor to use his second term to better address quality of life issues such as affordable housing, transportation, education and employment.

“We need affordable housing on a massive scale that [de Blasio] is not talking about,” Massey said. “Not just for the folks who most desperately need it, but also for the working class folks, the middle-class folks because we don’t want it to become a barbell of super wealthy.”

As a cornerstone of two successful mayoral campaigns, affordable housing is the barometer used to judge de Blasio’s record, with proponents holding it up as an example of his success and critics saying his efforts have yet to make a dent in one of the city’s most pressing issues.

When de Blasio entered office in 2014, he promised the city would add or protect 200,000 affordable homes by 2024. On October 24, two weeks before the election, his administration said it was on pace to meet that goal two years ahead of schedule and thus upped its commitment to 300,000 homes by 2026.
“We feel great about our mayor and his drive to grow and maintain the affordable housing stock in New York City,” Scott Altar, co-founder of the affordable housing development company Standard Communities, said.

“We believe this across the board but in New York City especially, if there’s not workforce housing there’s no way to continue the growth that the city has seen in recent years.”

Banks said he looks forward to continuing to work with the mayor to build “record levels of new affordable housing” in the city while Scissura shared a similar sentiment.

“Throughout his first term, Mayor Bill de Blasio demonstrated his commitment to expanding economic opportunity to all residents throughout the five boroughs,” Scissura said in an email. “The New York Building Congress congratulates the Mayor on his resounding re-election victory and looks forward to working with his administration and the City Council to realize his vision for job creation, affordable housing and infrastructure investment.”

Gary LaBarbera, president of the Building and Construction Trades Council of Greater New York, also offered his congratulations to the mayor, adding that the city’s unions look forward to “working with the mayor and his administration on our shared goals of creating economic opportunities for middle-class New Yorkers and making the city safer for hardworking construction workers across the five boroughs.”

Francis Greenburger, founder of Time Equities, Inc., said the mayor needs to take a look at the entire real estate market and find ways to make it easier to do business. Like Massey, Greenburger is concerned about a looming catastrophe, such as a market downturn, and the city’s ability to handle it.

“The Mayor has to pay attention to the real estate cycle and understand that segments of the real estate business are hurting big time,” he wrote in an email. “We are the goose that laid the golden egg that is paying for his admirable educational and social initiatives. The Goose is not feeling well and the city will lose an important source of revenue if he does not address the tax and other issues that are contributing to the problem.”