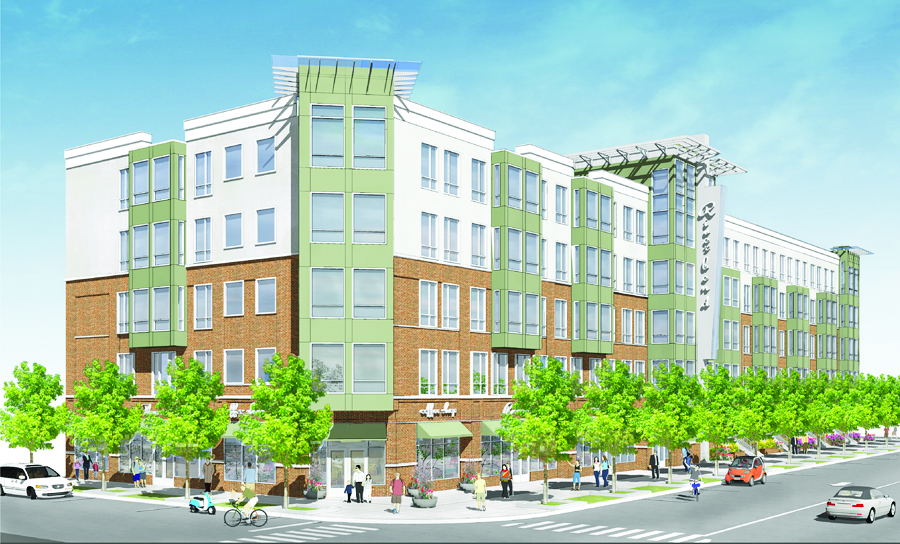 Advance Realty announced a milestone at Riverbend District, the company’s transit-oriented, Smart Growth award-winning development in Harrison, N.J.
The developer has received approval from the Town of Harrison to develop 345 luxury apartments and 18,000 s/f of retail space.

The development will take place on a portion of Riverbend known as “Block D.” The vibrant mix of residential and retail space will play an integral role in the continued success of the Harrison Waterfront Redevelopment Project, the town’s revitalization plan that capitalizes on its transit-friendly PATH. 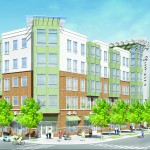 Consisting of a mix of studio, one-bedroom and two-bedroom loft-style apartments, the residential portion of Block D, which is located adjacent to Red Bull Arena, will put residents close to multiple modes of mass transit and a centrally located, onsite PATH station that will benefit from the Port Authority of NY and NJ’s $256 million investment to completely redevelop and modernize the station.

The retail component, which will feature a sports-themed bar and restaurant, a gym and various other offerings.

The transformation of a long underused former manufacturing and industrial site, the 35-acre Riverbend District extends the Harrison street grid, creating six new city blocks and providing the foundation for a new neighborhood.

“The receipt of this approval is an exciting next step in the continued revitalization of the Harrison riverfront and the area surrounding Red Bull Arena,” said Michael Sommer, managing director of development of Advance Realty.

“I’d like to thank the Harrison Redevelopment Agency and the Planning Board for embracing our vision for the area. We look forward to bringing to market this significant component of the Riverbend District, which is one of the largest urban redevelopment projects underway in New Jersey and is quickly becoming one of the state’s premier mixed-use transit villages.”

Riverbend District, which has been honored by the Hudson County Planning Board with a Smart Growth Silver Award for its role in the continued development of a mixed-use, compact, pedestrian-friendly transit village, will feature additional retail, a hotel and office space.

Panasonic Corporation of North America recently moved into its new technology center that Advance developed at the site. This build-to-suit facility houses the company’s engineering offices, a lab and various testing facilities.

Advance is included among a number of the region’s most prominent residential and commercial real estate developers that banded together to form the Harrison Community Development Association, a coalition dedicated to working cooperatively with town officials and the local community to promote and drive development.
Located in the southern portion of town, Harrison’s 250-acre redevelopment area encompasses 32 percent of the town’s 1.2 square miles. The town’s master plan calls for the transformation of the area over 10 years.

The area is within a mile of Downtown Newark, less than five miles from Jersey City and eight miles from Manhattan.

The redevelopment effort will deliver new residential opportunities and hundreds of thousands of square feet of retail and commercial space, as well as public spaces, and serve as a significant economic catalyst for Harrison.