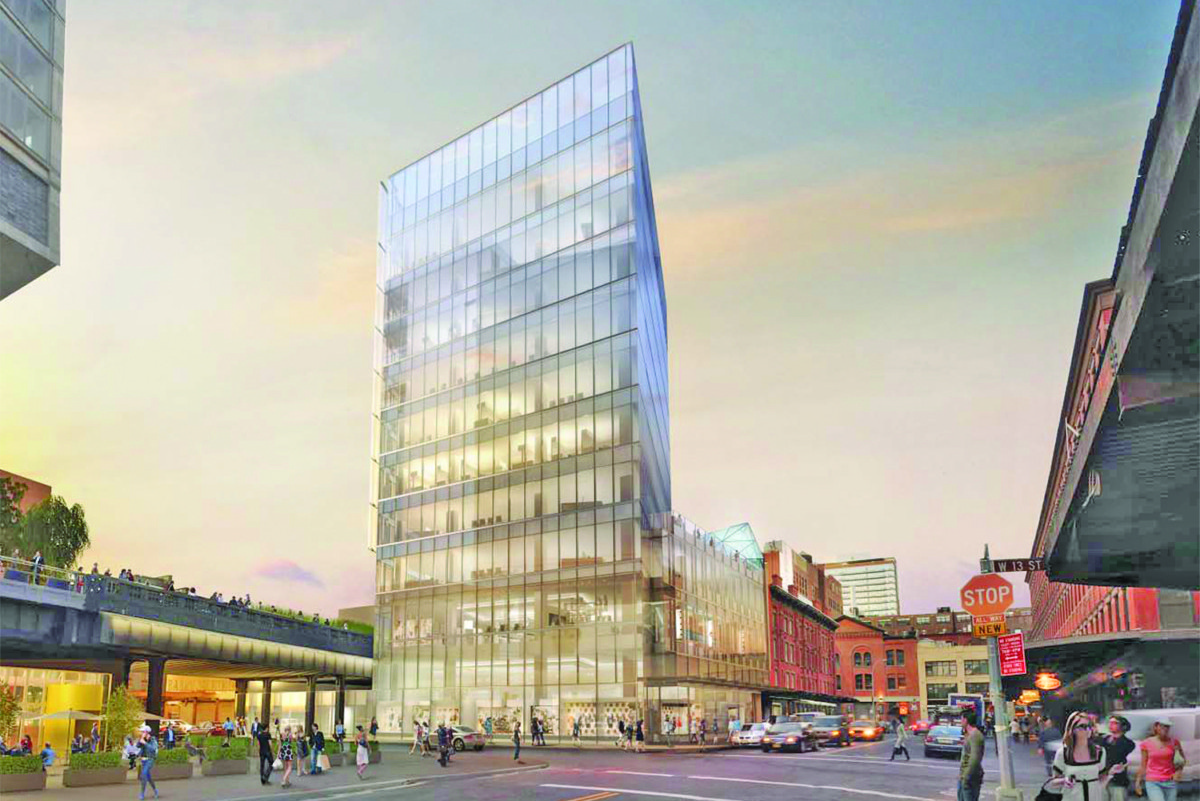 Known as the pioneer of Wellness Real Estate, Delos will occupy the 4th and 5th floors, totaling 21,706 s/f for a term of 10 years. The office will be Delos’ new Global Corporate Headquarters.

Designed to maximize the experience of natural light in a crowded urban area, 860 Washington is a state-of-the-art office and retail space that provides a transition point between the High Line and the urban landscape of Washington Street.

Offering approximately 114,000 s/f of commercial and retail space, 860 Washington is one of the most significant boutique commercial buildings ever raised in the Meatpacking District.

The architect of record is Adamson Associates working closely with JCDA to realize their vision.

The building’s structural features respond to the Meatpacking District’s historically industrial character, including a modern interpretation of the street-level awnings that are a prevalent feature of the neighborhood’s urban landscape.

The eastern face of the building is pulled back from Washington Street above the fourth floor, maximizing the penetration of early morning light while aligning the parapet of the historic structure immediately to the North.

The cantilevered western façade spatially engages the High Line, while the South side of the tower hugs the street in a shear wall of glass, anchoring the corner of Washington and 13th Streets.

“860 Washington is designed to embed the presence of daylight both within the mixed-use building and the public realm surrounding it,” said James Carpenter, founder and principal of James Carpenter Design Associates.

“By creating a highly responsive envelope and a timeless quality, the building’s design mediates the neighborhood’s transformation into a vibrant public realm and reflects its unique location, where the 19th-century street grid meets the 18th century street grid of the West Village.”

Developed as a parallelogram aligned to the diagonal passage of The High Line, the building planning and design reinforces the simple elegance of the massing. In keeping with the industrial loft character of the existing building, 860 Washington is conceived as a series of stacked open-plan loft spaces with expansive views to the East, South, and West through 11-foot-high glazing.

The open loft spaces are accomplished by concentrating the service elements – elevators, stairs, bathrooms, and mechanical – along the Northern property line within a simple, cast concrete core that permits a column-free perimeter.

Narrow floor-to-ceiling windows slots insert light and views into these public and circulation spaces that in a typical commercial building are devoid of both.

The offset core allows for the tower’s upper eight levels to be loft spaces offering expansive views to the East, South and West and flooding the building with natural light.

The tower’s building entry is accessed from Washington Street adjacent to the building core.

The lower two levels of the building are developed as retail spaces with high-ceilings and jumbo size glass that pushes the limits of fabrication maximizing the visibility of the retail spaces and visual connection to the exterior at both the street level and the High Line.

The fourth floor features a private 1,580 s/f terrace offering North, East, and South-facing exposures, as well as a panorama that encompasses One World Trade Center and the Empire State Building.