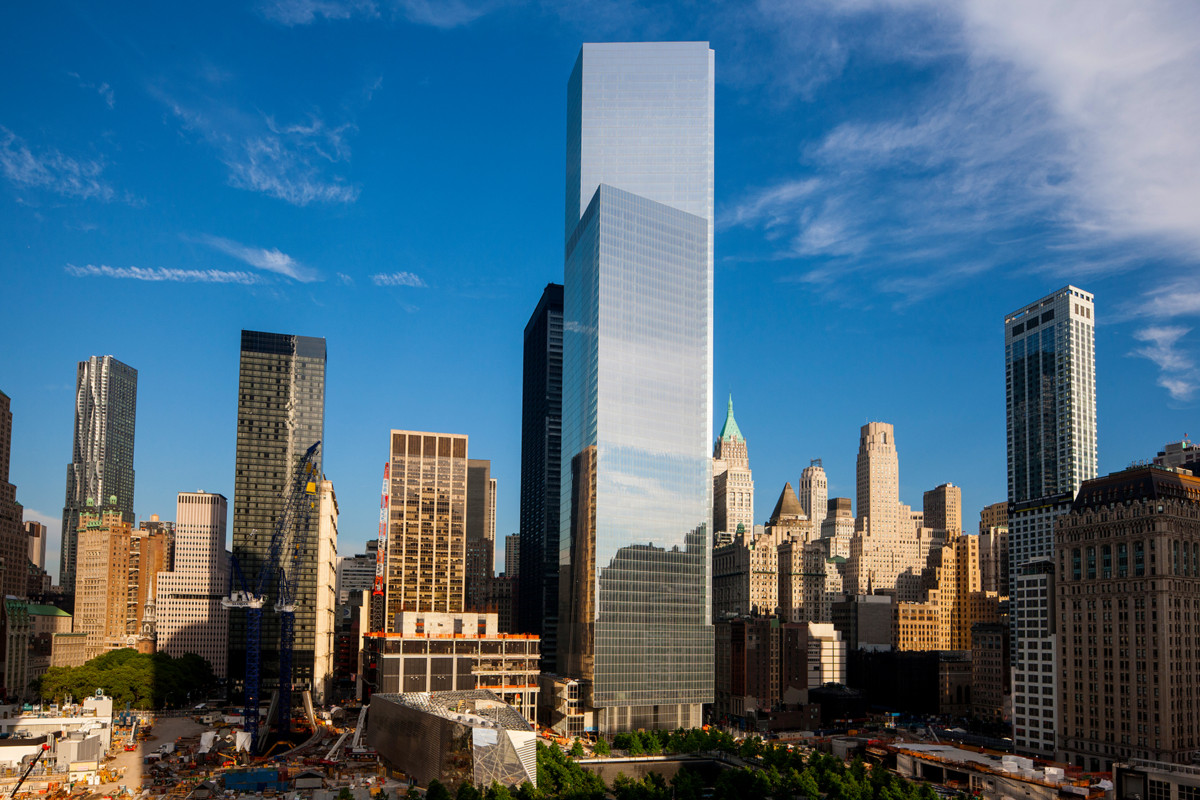 Spotify, which currently has offices in Midtown South, will move its New York office and its employees to 378,000 square feet of office space in the new Fumihiko Maki-designed building owned by Silverstein Properties, Inc. in early 2018. Spotify’s relocation to the new building will make it the first office tower to be fully leased on the 16-acre World Trade Center site.

“Lower Manhattan is more vibrant, diverse, and connected than ever before, and Spotify’s expansion is the latest example of this community’s incredible potential for growth,” Governor Cuomo said. “New York is rapidly emerging as the nation’s leading hub for tech and innovation, creating more jobs and more opportunities and emerging as the epicenter of the 21st economy. We are proud to welcome Spotify to 4 World Trade Center and to have the future of music be a part of the bright future of our dynamic tech community.”

To encourage Spotify to expand its operations in New York, Empire State Development will provide the company up to $11 million in World Trade Center Rent Reduction Program rent credits, available for approximately 15 years of Spotify’s lease. Spotify will create more than 1,000 new jobs and retain 832 jobs, while investing to fit out and equip its new office space.

“We appreciate the help of Governor Cuomo and New York State in continuing to grow our team and home in New York City,” said Horacio Gutierrez, General Counsel, Spotify. “New York gives us access to the most diverse talent market in the world and we’re incredibly excited to build out our new space at 4 WTC.”

Downtown Alliance president Jessica Lappin said in a statement that Spotify’s lease at 4WTC will be a catalyst for other entertainment companies in Lower Manhattan.

“Today’s Spotify announcement is music to our ears. It ups the cool factor in Lower Manhattan and boosts the neighborhood’s cultural cred,” said Downtown Alliance President Jessica Lappin. “It’s also big news as it means leasing at 4 WTC is now complete. Along with the concentration of media firms already here, and the forthcoming Performing Arts Center, Spotify’s move is going to jump-start the growth of a vibrant local entertainment scene in Lower Manhattan.”

“Today is a great day for the World Trade Center and Downtown,” said Larry Silverstein. “This major commitment by a pioneer of the digital economy is further proof that Lower Manhattan has become the top destination for New York’s most innovative companies. No other neighborhood can beat our mix of mass transit connections, apartments, restaurants, shops and culture.”