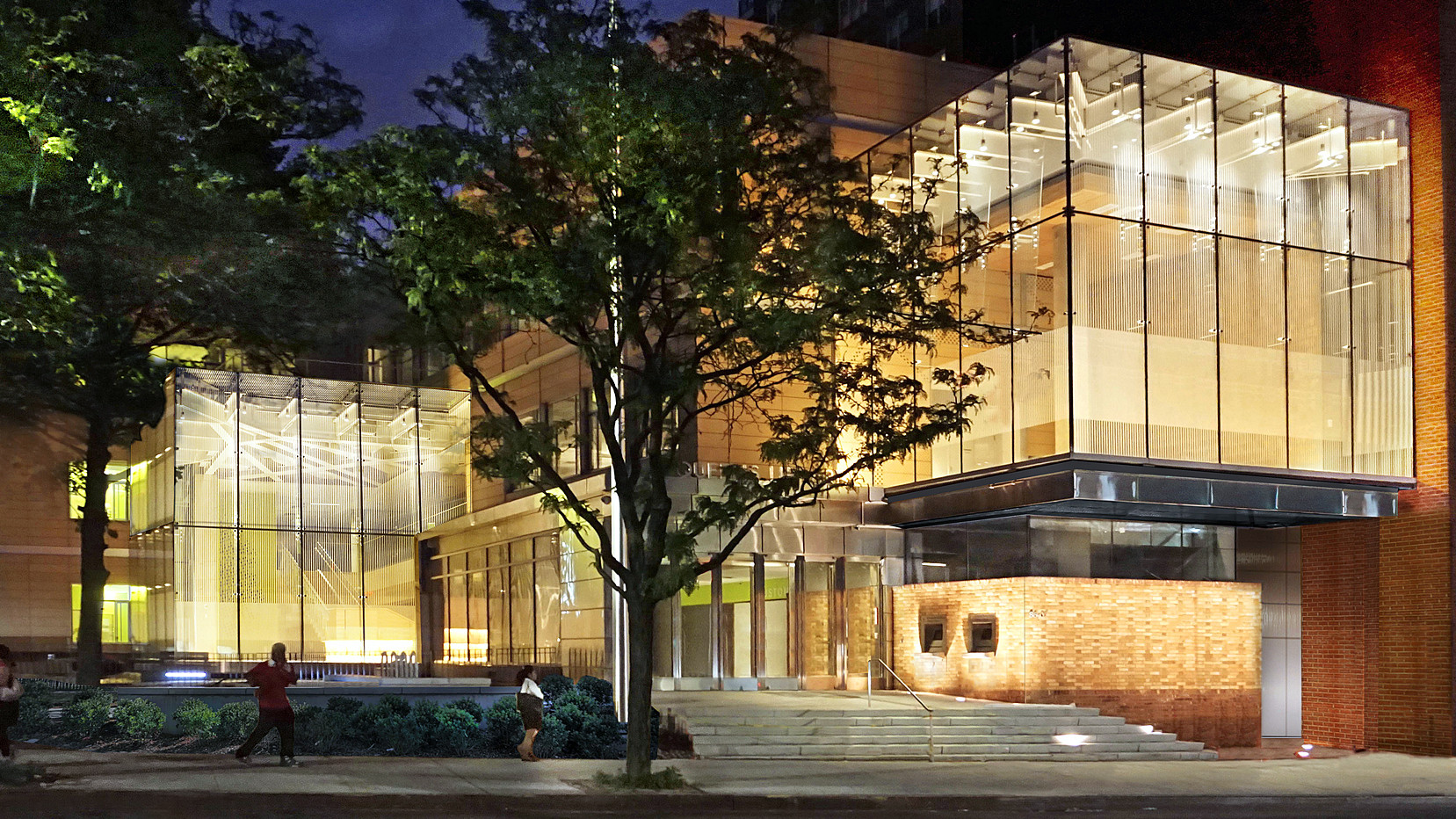 Elmhurst Community Library officially opened with a ribbon cutting ceremony on the front steps of the new building.

“The new Elmhurst Community Library is a direct response to the changing needs and demographics of a vibrant, diverse neighborhood,” said Queens Library President and CEO Dennis M. Walcott.

“We expect it to be the most heavily trafficked library in our system, and one of the busiest in the country, with 1.2 million children, adults and teens coming here to learn, dream, explore and get what they need to navigate through life. We are grateful to the many individuals who made this day possible, from our partners in government to our staff and our volunteers, and look forward to meeting and hopefully exceeding the expectations of our customers for this library.”

It houses four, fully accessible levels for library service, separate adult, teen and children’s library sections, an adult learner center on its own level, 24/7 book return, an early learning center with a play kitchen, a large international collection with materials in nine languages and an English language collection with 27,000 items for adults, 28,000 items for children and young adults and nearly 15,000 multimedia items.

The new building replaces a 1906 Carnegie library that was half its size and previously stood on the site. The fireplace mantel from its children’s room was moved into the new children’s room and brickwork from its façade surround the foyer of the Broadway entrance. The structure features two green roofs, 13,000 s/f of outdoor space, and a Percent for Art art installation by the artist Allan McCollum comprised of 955 similar, yet distinct shapes cut from Grey Elm veneer plywood.

“The new Elmhurst Library is a magnificent facility that will be a center of learning, literacy and culture for residents of all ages for decades to come,” said Queens Borough President Melinda Katz.