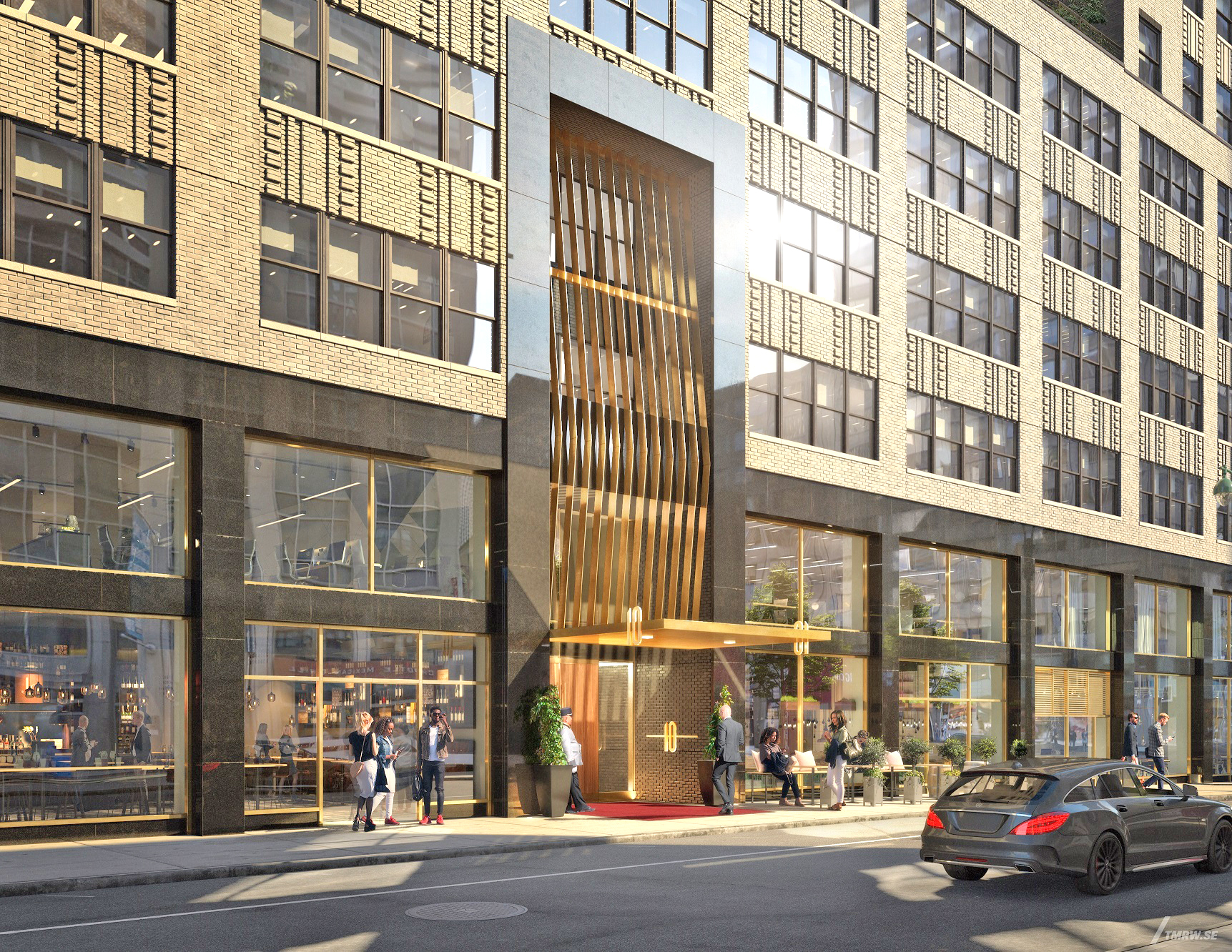 10 Grand Central gets makeover in Midtown

Marx Realty, a New York-based owner, developer and manager of office, retail and multifamily property across the United States, unveiled 10 Grand Central, its hospitality-infused reimagining of the historic Ely Jacque Kahn-designed building in Midtown’s Grand Central submarket. The 35-story building, located at 155 East 44th Street, has been renamed and is undergoing a comprehensive $45 million repositioning focused on impactful design updates, including a relocated and redesigned four-story entry portal, a new lobby reminiscent of members-only hospitality spaces, a well-appointed lounge, a furnished and landscaped outdoor terrace and an oversized conference facility as well as pre-built suites with high-end features and finishes at a level not yet seen in the market. The announcement was made by Craig Deitelzweig, president and CEO of Marx Realty.

“10 Grand Central brings a range of thoughtfully designed spaces that are inspired by the world’s finest hotels and private clubs, applying a modern twist to the building’s original Beaux Arts design aesthetic,” said Deitelzweig. “Warm walnut wood, concrete, brushed brass and velvet are used throughout the building’s full re-design. These elegant enhancements will return this classic, yet modern, tower to its rightful place among the elite Grand Central buildings.”

David Burns, principal of Studios Architecture is behind the dramatic redesign. Located on East 44th Street, just steps away from Grand Central, the office tower was originally designed in 1931 by Ely Jacques Kahn, who also designed Bergdorf Goodman’s department store on Fifth Avenue and collaborated with Ludwig Mies van der Rohe and Philip Johnson on the Seagram Building.

“It’s a terrific location by any measure. By relocating and redesigning the entryway and reimagining the lobby space with modern, yet opulent finishes that speak to a contemporary private club vibe, we’re respecting the history of the building, modernizing its aesthetic, creating spaces that foster collaboration for tenants and their employees, while paying homage to famed architect Ely Jacque Kahn’s original masterpiece.”

The entrance to 10 Grand Central will be located on 44th Street, creating a property that is definitively oriented toward Grand Central Terminal. The new entryway will rise four stories with soaring brushed brass fins, oversized gloss black brickwork and sophisticated walnut wood doors with a glass surround. The building address will be executed in demure brushed brass lettering which, when combined with the grandeur of the entryway, creates a strong strategic presence. Unlike a typical office building, the entry at 10 Grand Central will be attended by a doorman.

The redesigned lobby will feature sleek lines and contemporary concrete details complemented by brushed brass and walnut accents. A jewel box reception desk and soft lighting will round out the aesthetic to create an ambiance that combines classic and contemporary design motifs in the spirit of a full-service hospitality-like design. The aesthetic of the lobby at 10 Grand Central will create a warm sensory experience, added Deitelzweig.

“10 Grand Central will be unlike anything currently available in the midtown office market,” said Deitelzweig. “We did not want this important space to be another typical all-white marble office lobby that could be in any building, in any city. We are embracing the architectural heritage of this significant building by offering truly unique and inviting spaces to our tenants.”

Construction starts in latest multi-story logistics facility in The Bronx