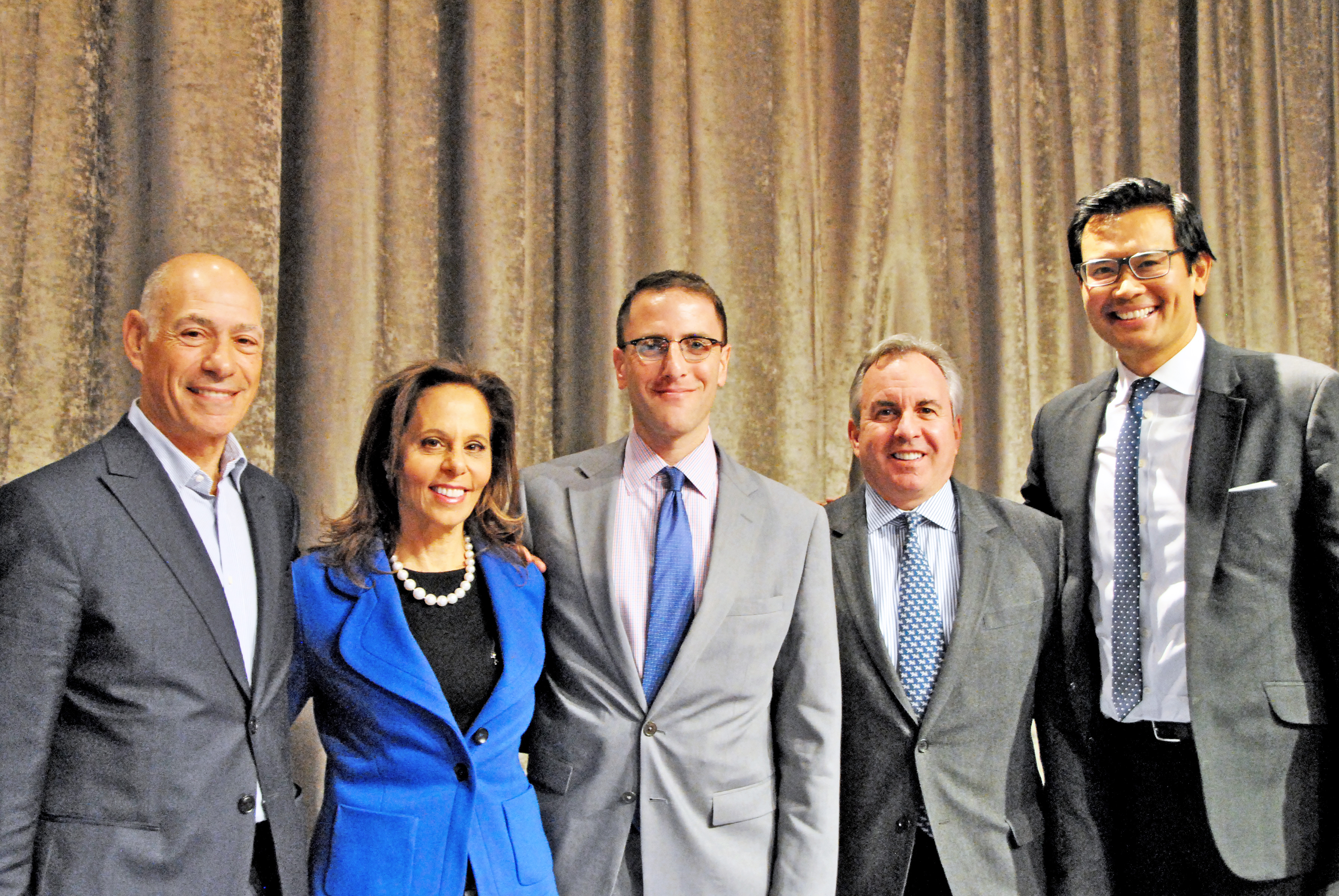 New Yorkʼs real estate sector is proceeding with caution, according to three of the industryʼs most respected participants.

But they also pointed a finger at City Hall and called for more focus on rezoning the city to meet the demands of its 21st century residents.

“The city and the region needs to identify places that are well-served by public transportation, where they can affect land use policy to increase density,” said Bendit. “Places where we can create affordable housing – I don’t mean low income – where there are families making $150,000, $100,000 a year, there are not enough places for them to live.”

Himmel pointed out that the city’s zoning code is a century old, and needs to be updated to reflect the changes the city has experienced.

“In 1916 the city had a lot more manufacturing,” she said. “What we really manufacture today is software and apps, so that’s changed, and the population has swelled and is going to swell to over nine million people.”

She called for the city to look at manufacturing zones in the outer boroughs and other areas, and to be more open to development.

“There’s a little manufacturing left, but not really. The city is trying, but it’s just a political football,” said Himmel. “In the garment district it’s really hard, there are these movements afoot to keep the manufacturing that actually does not exist in the numbers.”

While new developments and rezoning are often met with resistance, Bendit believes that there are often misconceptions about how it really affects communities.

“There are a lot of people afraid of change, afraid of development,” he said. “They think development means gentrification and that means displacement. And that’s not the case, and I think the city needs to go on a major PR effort and allay the fears of people that are concerned about the impact of development in their areas.”

Bendit, whose firm is planning a 2,000-unit rental development on a former Pathmark site in Inwood it bought last year, continues to be on the lookout for land deals.

“We hope as land prices come down there will be opportunities to build more rental housing, which the city seriously needs,” he said “Unless we could find a good piece of land to build rental housing, we wouldn’t be buying land today.”

Taconic is also seeking to make a deal with the city at a site the firm owns in Coney Island, where they hope to build 1,000 rental units. “We’re focusing on assets that we have and being very selective about buying anything new,” added Bendit.

Himmel said her firm has been focusing on repositioning 1460 Broadway the past year, a project it spent $65 million completing. Food Locker took the three-story, 35,000 s/f flagship retail space and WeWork signed as one of the major tenants.

One of the early supporters of WeWork, Himmel said she sees a strong future for co-working. While other panelists questioned whether the coworking model could continue to be successful if tenants began to outgrow the space, Himmel pointed out that corporate firms are beginning to get in the game.

“Microsoft took 300 desks at WeWork and there are many more announcements like that coming from WeWork,” said Himmel. “I think in today’s environment where you have a much more fluid career, people are starting companies all the time and they’re expanding.”

Kevin Hoo said that given his company’s “small head count,” they are able to stay “choosy” about which projects they choose, and in the current market, are remaining confident but cautious.

Bendit said he feels the market has gotten “a little toppy,” and that he’s also being careful about which projects they choose.

Taconic recently closed on the purchase of 817 Broadway and will be building 350,000 s/f on Delancey Street at the Essex Crossing mixed-use development project.