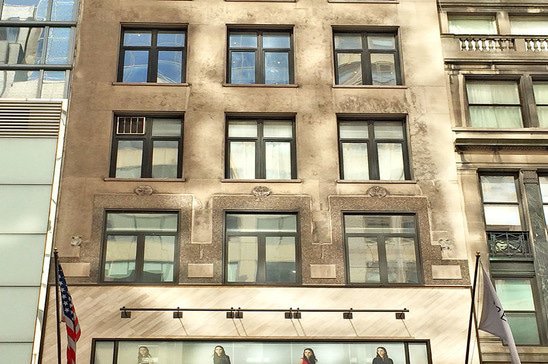 The four-year long legal battle over the leasehold at 587 Fifth Avenue in Midtown has come to an end.

Developer Asher Zamir and his former investment partner Elyass “Elliott” Eshaghian have agreed to a settlement in Manhattan Supreme Court, according to a statement from Zamir Equities. The deal ends lawsuits from both sides over who has the right to make decisions over the property.

“I am grateful this matter is settled, so I can devote more time to my business and family,” Zamir said.

The two men sued each other after Zamir, whose legal name is Asher Roshanzamir, backed out of a deal to sell the leasehold to Crown Acquisitions in 2011, according to a previous report from the Real Deal. Zamir sued for Eshaghian for making secret deals with his family members, particularly his ex-wife Roset Moezinia, a broker at Douglas Elliman. Meanwhile, Eshaghian lodged a lawsuit to stop Zamir from refinancing a loan on the 10-story property. Eshaghian claimed that the proceeds from the loan would be used to pay Zamir Equities’ debt. Last year, Eshaghian scored a victory in New York Supreme Court when Judge Charles Ramos denied Zamir’s motion to dismiss the lawsuit.

Zamir was also named in several other lawsuits. In 2009, he was sued by Delsha Group for allegedly diverting funds from a condo project. Earlier this year, he agreed to pay a $1.1 million settlement after being charged for improperly deferring city and state income tax payments.