CBRE announced that Ben Friedland, a 19-year veteran of the firm, and Sacha Zarba, with 18 years at the company, have been promoted to Vice Chairmen. Both have been consistently recognized as top producers globally within CBRE.
Mr. Friedland has built a highly successful practice focused on advising private equity firms, hedge funds and other investment firms on their real estate strategies in New York and around the world. Recognized within the real estate community as an industry and market expert, Mr. Friedland has developed exclusive and unbroken relationships with many of the world’s most prestigious financial services companies.
Mr. Zarba is the industry leader serving New York’s leading innovation companies across the financial, technology, advertising and media industries. He won the prestigious REBNY Ingenious Deal of the Year award in 2015 for his work with LinkedIn on renewing and expanding its 300,000 sq. ft. New York City headquarters campus in the Empire State building.
Mr. Friedland most recently represented Kepos Capital at 11 Times Square, and Engineer’s Gate and Stonepeak Infrastructure Partners at 55 Hudson Yards.
Mr. Zarba’s active client roster includes Netflix, PayPal, Pinterest, Salesforce and Ziff Davis Media, among many other leading technology and media firms. 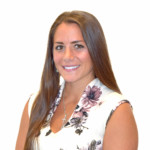 The New York City office of Cresa welcomes Bernadette Leone as Senior Advisor of Project Management and Julia Coiro as Graphic Design Associate. Ms. Leone will assist in business development through due diligence of existing structures, budget monitoring, permit tracking with the DOB, schedule maintenance and construction supervision. Ms. Coiro will assist in developing marketing campaigns across digital and print media. In addition, she will be responsible for the layout, design and production of high-quality branding materials for the firm.
Prior to joining Cresa, Ms. Leone served as an assistant project manager for Broad Street Development. She holds a Bachelor of Science degree in Health Administration from the University of Central Orlando. Ms. Coiro served as a graphic designer for The Weiniger Group and before that, was with Visual Marketing and Design. She holds a Bachelor of Arts degree in Graphic Design & Digital Imaging from High Point University.

Stonehenge NYC announced that Brett Solomon has been appointed Vice President of Leasing.
Brett joins Stonehenge NYC from Town Residential, where he worked since its inception in 2010. Brett received many top honors as a broker and transitioned into a management position where he was responsible for a team of 70 agents.
In his new role, Brett will oversee all leasing and renewal transactions for the portfolio. Brett is responsible for Stonehenge NYC’s in-house leasing team and as such he will be responsible for the staffing, coaching and training of the team members, along with fostering new ideas and procedures in order to ensure Stonehenge NYC’s continued success in all of its leasing initiatives. As a senior executive of the company, Brett will also be actively involved in investor relations and new acquisitions 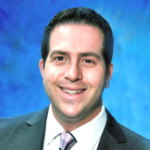 CBRE has hired Brad Cohen, Jacob Tzfanya and Jon Kamali, all formerly of Eastern Consolidated.
Veteran local leasing experts, Mr. Cohen and Mr. Tzfanya join CBRE as Senior Vice Presidents, along with Mr. Kamali, a technology expert who will serve as a Senior Associate. The team brings extensive occupier and owner experience including recent projects for Equity Residential, Terreno Realty and Realterm Logistics. The team represented the latter on its purchase of Modell’s 300,000-square-foot warehouse in the Morris Park section of the Bronx.
For Terreno Realty, the team negotiated its acquisition of Bulova’s 83,000-square-foot headquarters in Woodside, Queens. Rebranded as the BQE Logistics Center, Mr. Cohen, Mr. Tzfanya and Mr. Kamali are now leasing the building’s 66,300 square feet of warehouse space and its 16,700 square feet of office space.
The CBRE team will continue to focus on owner and occupier advisory in the outer boroughs, synchronizing with the firm’s local leasing professionals and extensive industrial and logistics practice team across the Northeast. 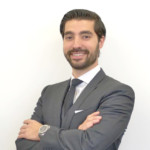 Rose Associates announced that it has hired Can Tavsanoglu as a director on the acquisitions team. An industry veteran, Tavsanoglu will focus on executing Rose’s new investment strategy by expanding the firm’s acquisition efforts in New York City and the tri-state area.
Tavsanoglu, 34, joins Rose from Caldera Real Estate Ventures, a boutique real estate investor and developer in New York and Miami. Prior to Caldera, Tavsanoglu worked with XIN Development International, the US investment arm of the publicly traded XINYUAN Real Estate Co., Ltd., where he was director of acquisitions and finance.
During his time at XIN, Tavsanoglu was responsible for sourcing, negotiating, structuring and closing transactions in multi-family investments, ground-up condo developments and residential conversion projects. In previous years, Can was vice president of acquisitions at Lightstone Group, a company with over $2 billion in assets; and in his early career with American Properties, a New York based, private real estate investment firm where he underwrote multifamily residential and commercial investment opportunities.
During his career, Can has been involved in closed transactions, developments and financings totaling more than $1.5 billion.
Born in Turkey, Tavsanoglu earned a Masters degree in real estate from Columbia University and a Bachelor of Architecture from Istanbul Technical University. 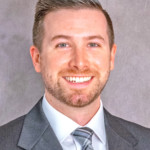 CBRE announced that Eric Brown has joined the Project Management team to serve as a senior project manager at the firm’s Saddle Brook and East Brunswick, New Jersey offices.
Eric will partner with clients and will steward the efforts of design consultants and general contractors to achieve project goals. Based on his experience, Eric will implement strategic planning for the execution of projects and cost controls to avoid cost overruns. His leadership will ensure a successful project outcome that aligns with client expectations.
Prior to joining CBRE, Eric was a senior associate at VVA and managed several national headquarters projects in New Jersey. Eric has represented many national clients including Crayola, British Airways, New York Life, Dress Barn and Allergan, among others.

BakerHostetler announced today that Howard E. Cotton and Michael S. Gordon, both seasoned trial attorneys with decades of success in high-stakes commercial litigation, have joined the firm as partners based in New York. Cotton and Gordon come to BakerHostetler to continue their more than 20 years of working together as a successful litigation team.
They arrive from Katten Muchin Rosenman LLP, where Cotton previously held many leadership positions, including serving as a national co-chair of commercial litigation and on the national executive committee, compensation committee and board of directors.
Cotton is a prominent first-chair litigator who combines consummate litigation strategy and courtroom skill with a comprehensive understanding of his clients’ business objectives. Cotton has maintained long-standing relationships with his substantial client roster, including real estate developers and funds, hospitality companies, financial institutions, hedge funds, family offices, public and private companies and their senior officers, high-net-worth investors and entrepreneurs, and foreign governments. Recognized for many years as a New York Metro Super Lawyer in business litigation, Cotton is particularly known for his considerable expertise in complex real estate, corporate and financial services litigation, regularly leading litigations involving partnership and corporate shareholder derivative disputes, breach of fiduciary duty, fraud, and breach of contract.
Gordon is an accomplished litigator who acts as advisor, strategist and advocate for a diverse group of clients in industries ranging from real estate and financial services to media and not-for-profit charitable organizations – including The Dramatists Guild Foundation, Housing Works and Marjorie’s Fund, on whose boards he currently sits. During his career, Gordon has handled virtually every type of business dispute and also has broad experience as a member of the Mediation Panel for the U.S. District Court for the Southern District of New York, which gives him a unique perspective in counseling clients on litigation strategy.
Cotton received his B.A. from Cornell University and his J.D. from Fordham University School of Law. Gordon received his B.A. from Columbia University and his J.D. from New York University School of Law. 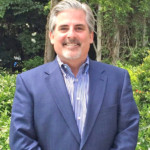 Real estate lawyer Joel H. Rothstein has joined global law firm Greenberg Traurig, LLP as chair of Asia Real Estate Practice. Before joining Greenberg Traurig, Rothstein was a partner at several international law firms, spending nearly two decades in Asia in leadership roles in one firm’s Tokyo and Beijing offices and launching and expanding that firm’s Asia Real Estate Practice.
In addition to practicing law, Rothstein is an urban designer whose work includes numerous architecture and urban design projects around the world, including South America and the United States. In 1990, he received his J.D. from New York University Law School where he was the editor of the New York University Review of Law and Social Change. He received an M.S. in Architecture from Columbia University in 1987, and in 1985 received his B.A., magna cum laude, from the University of California Los Angeles, where he was a member of Phi Beta Kappa.
Rothstein will initially be based in New York and will spend time in the firm’s Asian offices; in the near future, he expects to be seconded to the firm’s Tokyo office and work in both Shanghai and Seoul. He will also be working closely with Greenberg Traurig’s U.S. Real Estate Practice in New York, Chicago, Miami, Los Angeles, and elsewhere, as well as with practices in London, across Europe, Israel, and Mexico.
Rothstein is admitted to practice in New York, California, the District of Columbia, and as a Hong Kong Registered Foreign Lawyer (California).

ShopOne Centers REIT Inc. is pleased to announce the addition of Joseph V. LoParrino, CPA, as Chief Accounting Officer. Mr. LoParrino, who has a strong understanding of GAAP accounting, SEC compliance internal controls, tax compliance and cash management, will be an integral part of ShopOne’s leadership team. He will be based in the company’s New York office.
Mr. LoParrino has spent over 25 years in both the public and private accounting sectors, with a deep focus on real estate. He spent close to a decade at Urstadt Biddle Properties and also held notable positions with Retail Opportunity Investments Corp. and New Plan Excel Realty Trust – two companies in which he worked directly with ShopOne Chief Financial Officer, John Roche.
Mr. LoParrino joins ShopOne from AmTrust Realty Corp., where he spent the past two years serving as Vice President of Finance. In this role, he directed all aspects of accounting and finance operations. Prior to AmTrust, Mr. LoParrino spent time in lead accounting and financial roles with prominent REITs and real estate companies, including Seneca Mortgage Servicing LLC, serving as Controller and Treasurer, United Realty Advisors as Chief Accounting Officer and Treasurer and as Director of Accounting at Monday Properties.
Mr. LoParrino holds a Bachelor of Arts in accounting and economics from Queens College of the City University of New York and is a Certified Public Accountant by the State of New York.

JLL hired former Google executive Vinay Goel as its Chief Digital Product Officer.
JLL created this new role to oversee delivery of innovative technology solutions to enhance clients’ business performance.
Goel’s appointment will ensure JLL clients have access to the best technology expertise and products in order to drive business transformation, integrate new technologies into their workplaces and use data-driven insights to derive new value from their real estate portfolios.
Goel brings JLL a blue-chip Silicon Valley track record. He has helped usher in technologies that have transformed how we access, use and share information that powers how we live, work and play. He served in global product leadership roles at Google – including Google Maps, Google Apps, Google Station and other high-profile products during his 11-year tenure. Earlier in his career, he was Country Head of Products for Google India and held product development and management roles at companies including Oracle, Intel, CheckPoint Software and Silicon Valley startups. Goel graduated with a master’s degree in management from Northwestern University’s Kellogg Graduate School of Management and a bachelor’s degree in computer science from the University of California at Berkeley.