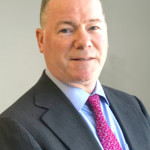 Sullivan becomes a Principal of Avison Young and will lead the company’s asset management practice, including property and facilities management, in the New York City region. Currently, Avison Young has more than three million square feet of space under management across the region.

Sullivan holds a Master of Science degree in real estate finance and investment from New York University and a Bachelor of Business Administration degree from Pace University.

He is also an adjunct professor at both New York University and Fordham University. He is currently on the board of directors of both the Real Estate Board of New York (REBNY) and the Building Owners and Managers Association (BOMA). 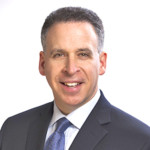 Abrams Garfinkel Margolis Bergson, LLP (AGMB) announced that Neil B. Garfinkel, the firm’s Managing Partner and the Partner in Charge of its Real Estate and Banking Practices, has been appointed to the New York State Real Estate Board by Governor Andrew M. Cuomo.

Garfinkel has dedicated his legal career to the representation of the real estate brokerage and mortgage industries.

He serves as Broker Counsel to the Real Estate Board of New York (REBNY), where he hosts the REBNY Legal Line and authors the REBNY Question of the Week.

He maintains the Senior Real Estate Specialist designation and is certified by the New York Department of State as an instructor of real estate courses.

The New York State Real Estate Board consists of the state’s Secretary of State, the Superintendent of the Department of Financial Services and 13 appointed members who are either real estate brokers or public members. 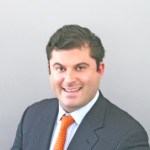 Powers will use his experience advising nonprofit operators to develop a nationwide network of nonprofit real estate experts.

Building upon 16 brokers in New York who specialize in advising nonprofits, Powers will create a nationwide network that will assist organizations in identifying favorable buildings and landlords, structuring deals to benefit the organization, maximizing tax-exempt status throughout a transaction and occupancy, mitigating construction risk, and acting as an extension of the nonprofit to support its mission.

Bogdan brings more than 25 years of experience. Most recently he served as Senior Regional Vice President with SC Distributors, where he was consistently a top producer.

He started his career at Fidelity Investments and previously held the role of Regional Director with Prudential Financial, Inc. and Regional Vice President with AXA Equitable Holdings, Inc. 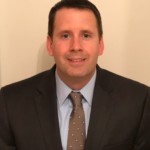 Kelley, who is charged with developing and expanding agency relationships in those two States, comes to AmTrust Title directly after having operated his own company, Kelley Signatures, LLC.

Earlier in his career, Kelley was a Settlement Agent for a title agency in Maryland and a Loan Officer with a Maryland-based mortgage company.

Kelley is a licensed Notary Public in the State of New Jersey and the Commonwealth of Pennsylvania. He is also certified by the National Notary Association as a Notary Signing Agent.

He earned a BS degree in Management Information Systems from Salisbury University in Maryland. 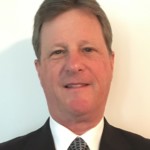 Prior to joining AmTrust Title, Simon was Senior Vice President/General Counsel for iMortgage Services and SingleSource Property Solutions. Before that, he held in-house Counsel positions for a variety of title companies.

in 1984 serving as a Physician Assistant at Allegheny General Hospital in the Department of Cardiothoracic Surgery.

He earned a BS degree from Pennsylvania State University; a Surgeon Assistant Program at the University of Alabama Medical Center in Birmingham; and a JD degree from Duquesne University School of Law. 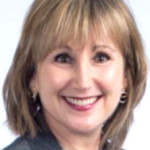 AmTrust Title Insurance Company announced that Karen G. Gutman Esq., an underwriter with more than three decades of experience in the title industry, has joined the Company as Vice President and Pennsylvania State Underwriting Counsel.

Before that, she held a number of title-related posts for several companies in the region.

Gilmore is focused on the affordable multifamily space and has experience sourcing loans for execution through Fannie Mae, Freddie Mac, and the Department of Housing and Urban Development (HUD). Based out of the company’s New York office.

Prior to joining Walker & Dunlop, Gilmore was a Vice President and Senior Relationship Manager in the Community Development and Investment group within KeyBank Real Estate Capital. While at KeyBank, he was a member of the management team tasked with expanding the bank’s affordable housing activity to all 50 states. 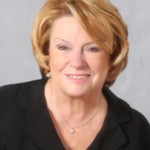 The award is bestowed each year to a recipient whom the president selects for contributing to the organization’s success.

Zamechansky also accepted an appointment as vice chair of the Bronx Overall Economic Development Corporation, an organization that she served as president in 1981, the year of its founding.

Working with the office of the Bronx Borough President, the corporation provides economic development services for businesses in the borough, including site location services, business consulting and the arrangement of low-cost government loans. 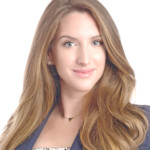 Kathleen A. Farrell has joined the Real Estate Practice Group at Certilman Balin Adler & Hyman, LLP as an Associate.

Prior to joining the firm, Farrell was Real Estate Counsel at Professional Physical Therapy, one of the nation’s largest outpatient physical therapy providers with over 180 locations in five states. She oversaw all aspects of legal matters related to real estate.

For one year after law school, she worked as a Real Estate Associate at the office of a sole practitioner on Long Island. 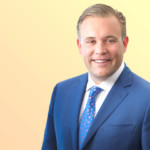 King & Spalding announced that Erik Andersen, Elizabeth Gable and Jared Zaben have joined the firm as partners in the firm’s Corporate, Finance and Investments practice group.

Erik Andersen’s practice includes the acquisition and sale of distressed and non-performing loans and REO properties and the structuring and execution of real estate based equity investments. Andersen received his undergraduate degree from Salisbury University and his J.D. from Brooklyn Law School. 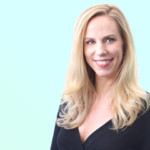 Elizabeth Gable counsels domestic and foreign institutions with the origination and modification of permanent, construction, leverage and mezzanine financing projects.

Gable received her undergraduate degree from Villanova University and her J.D. from Georgetown University Law Center. 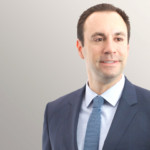 An Associate Attorney at Cullen & Dykman from 2015 until 2017, Chen represented lenders in commercial and residential lending for purchase, sale and refinance of real estate. 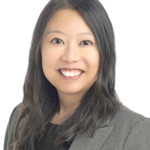 Hunt Mortgage Group announced that Precilla Torres has joined the firm as Senior Managing Director and Head of the Proprietary Lending Group (PLG).

Torres joins the firm from Ares Management LLC, where she was most recently the Co-Portfolio Manager and Co-Head of their CMBS platform. Previously, she was the Head of Capital Markets of the Commercial Real Estate Debt Group. Torres also held various senior leadership positions at Citigroup, Lehman Brothers, Credit Suisse, Hudson Realty and NewOak Capital.

She holds an MBA from Northwestern University’s Kellogg School of Management and a BS in Management Engineering from Ateneo University.